Hi everyone! I told myself after finishing my Panzer IV F that I would take a break from modelling until the start of the Great Canadian Campaign ™. However, I lied. I’m going to make a Toyota GR Supra. 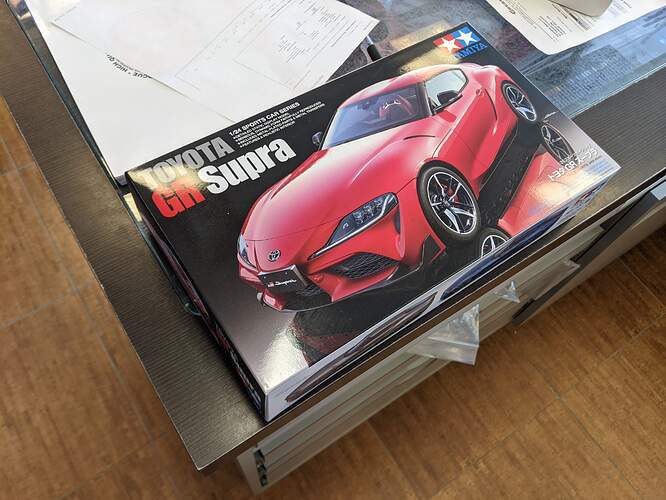 But not just any Supra. I remember, years ago, reading about how Apollo astronauts drove Corvettes around Cocoa Beach prior to their missions, and I always thought that was very neat. There’s something very space age about that

. Anyways, I figure I could do something sort of similar, but with a modern spin. In light of the recent flight famed Japanese engineer Sochi Noguchi on the SpaceX Falcon 9, I thought it would be kind of neat to take one of the quintessential Japanese sports cars and add a space-themed twist to the paint job. So we’ll be making some decals, painting some parts, and seeing what I end up with!

Sounds like a fun build Dennis! You have a avid follower here.

Likewise, I’m along for the adventure here Dennis!

First update! I’ve started scribing the panel lines on the body, thankfully there are no mould lines! This kit is quickly shaping up to be one nice build, with everything practically clicking together. So far, I’ve finished the exhaust muffler and the rear suspension. 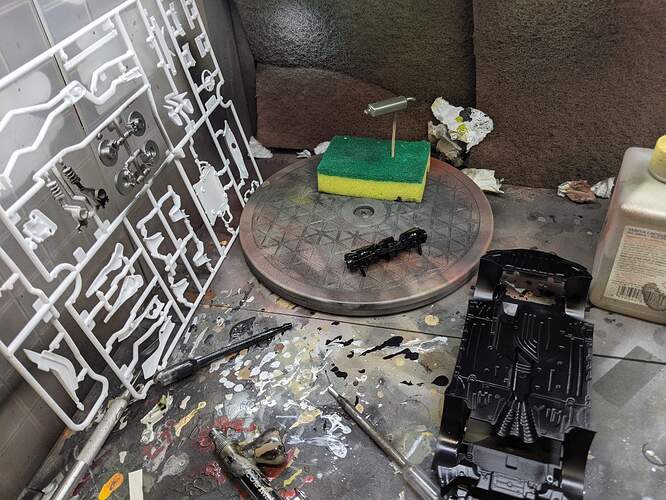 Seeing as how I will be heading into work again tomorrow, I’m going to call it a night now and let the lacquer fully cure on all this. Until tomorrow!

Looking forward to see how it builds up!

First update! I’ve made the rear suspension and disk brakes, and painted up some parts of the chassis in anticipation of mounting the exhaust system. 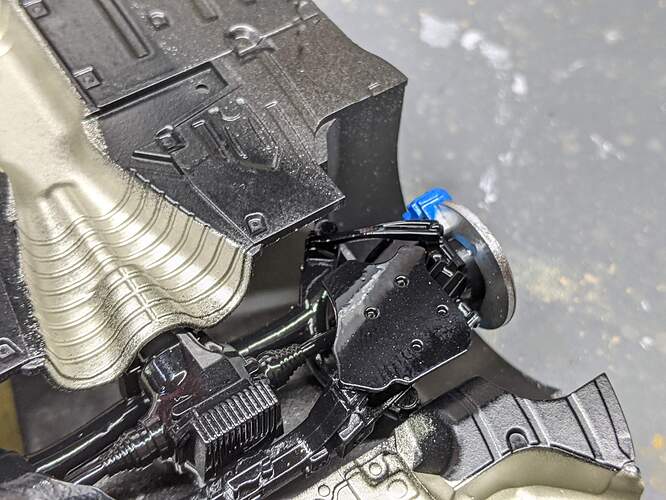 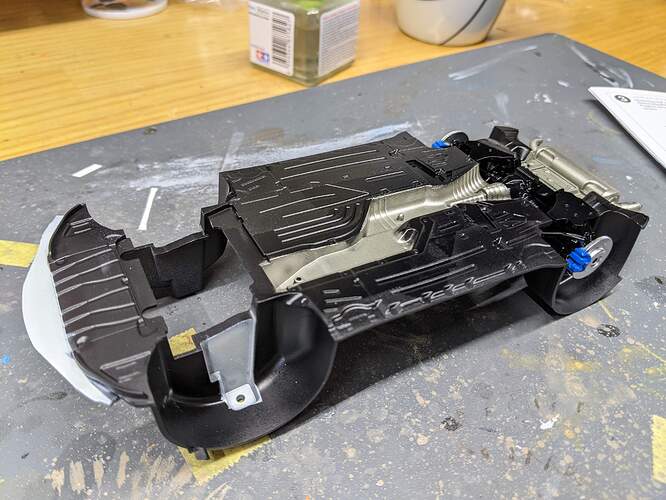 Quick update for this morning - wheels are done. 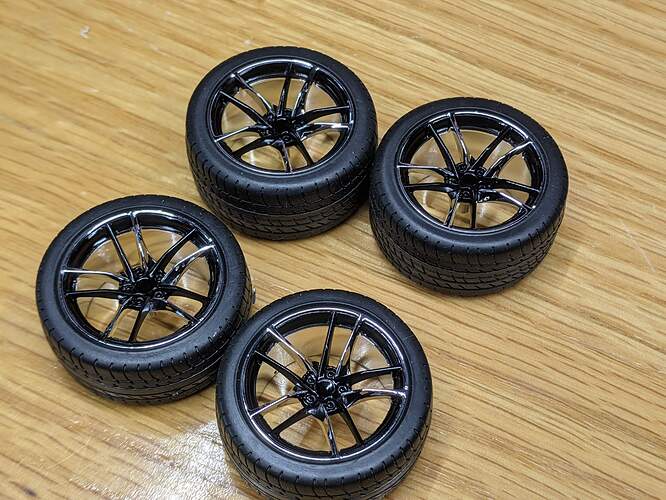 Another update for tonight, as I was finally able to get some time in at the bench. The interior is done (it went quite quickly, as I’m keeping this kit OOB) and the body has been primed. The pace is beginning to pick up, so that’s a good sign. 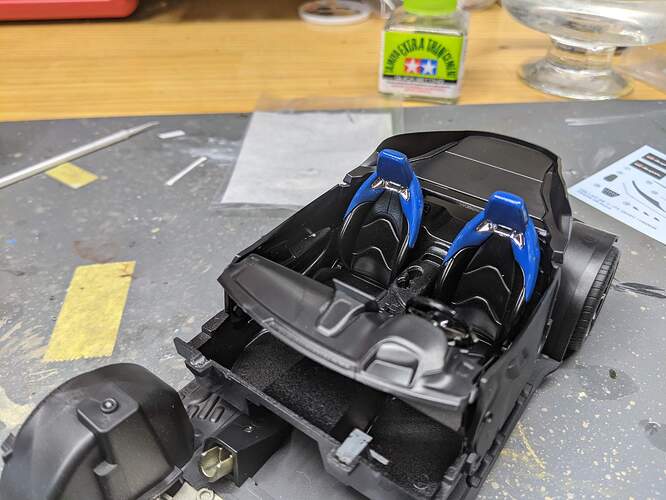 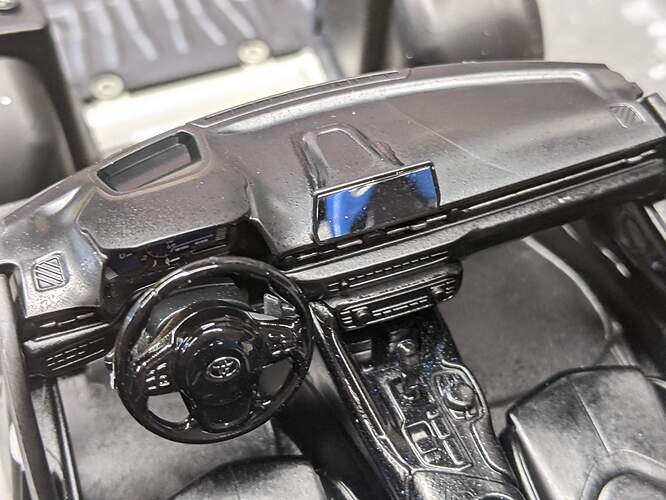 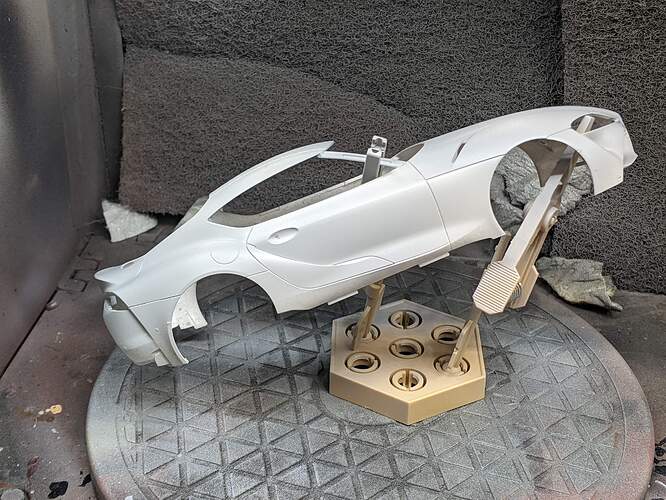 Well, here we go. The body is 99% done, and now I’m waiting for the ten (10) clear coats to fully cure so I can finish this build. I made a huge boo-boo on the hood (the paint was literally dented) but I fixed it with even more lacquer clear. Here’s how it looks with my custom decals! 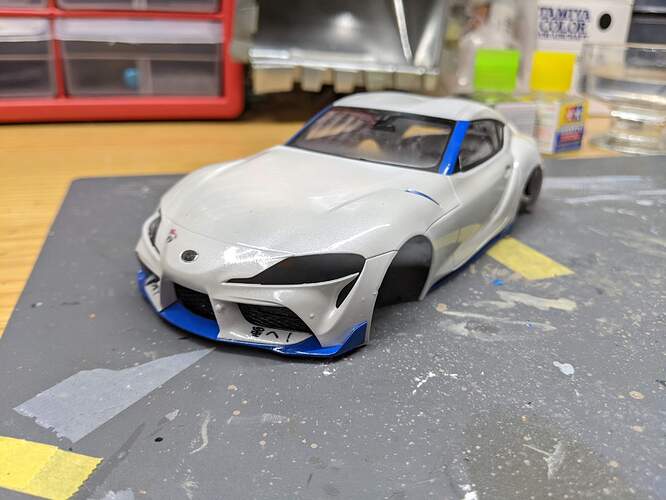 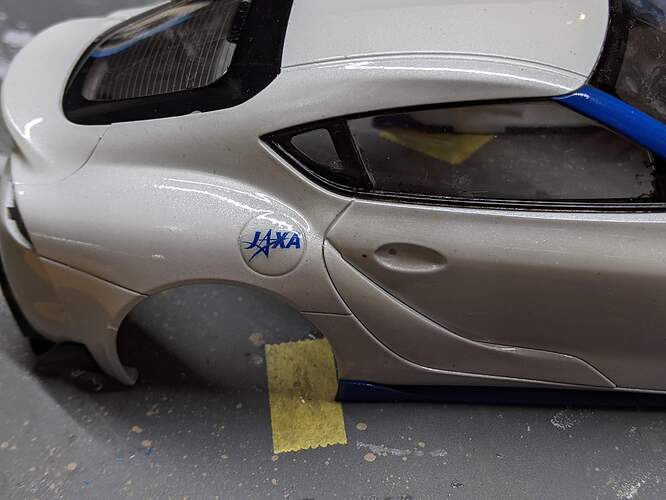 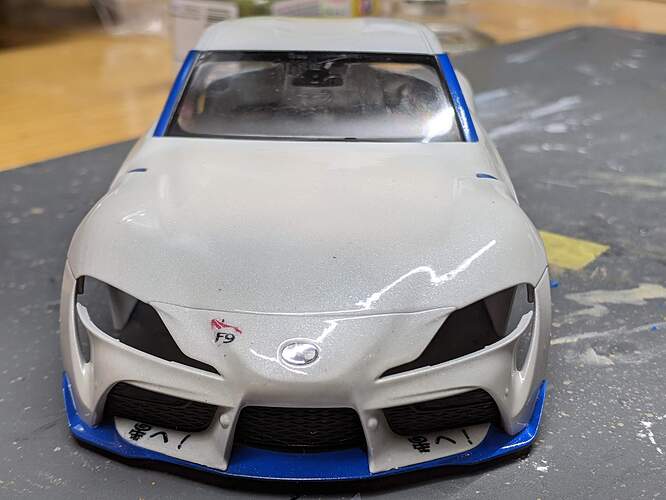 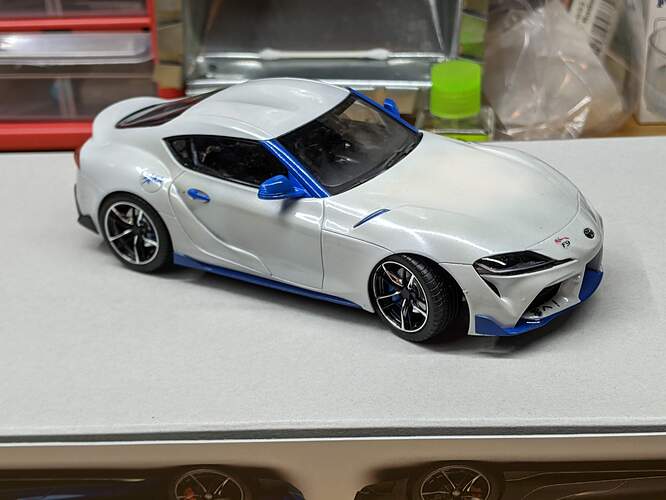 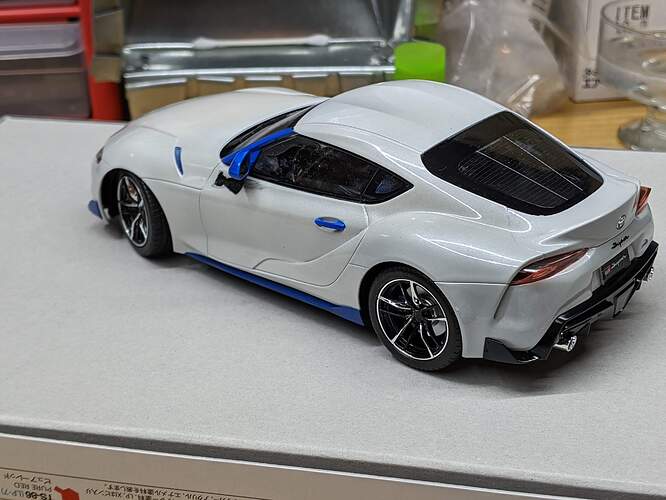 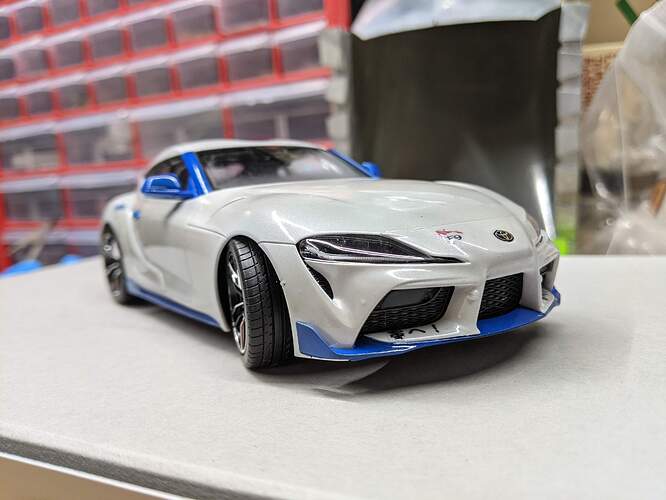 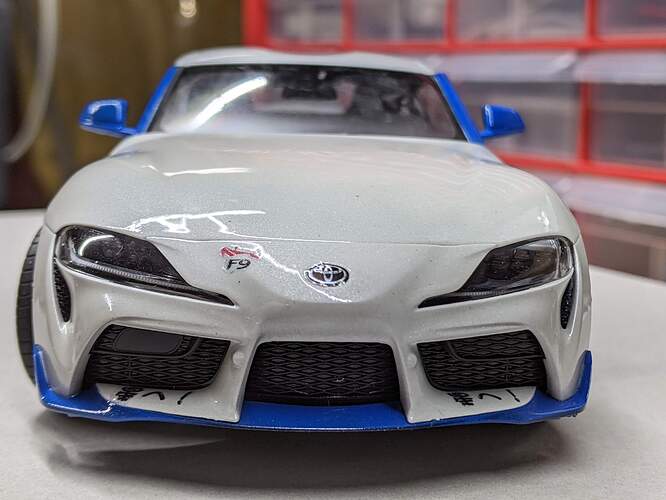 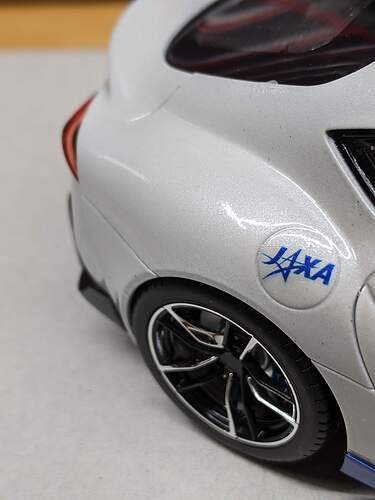 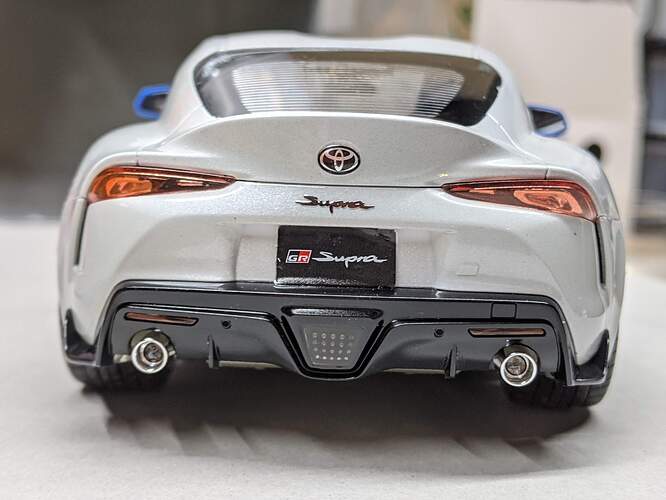 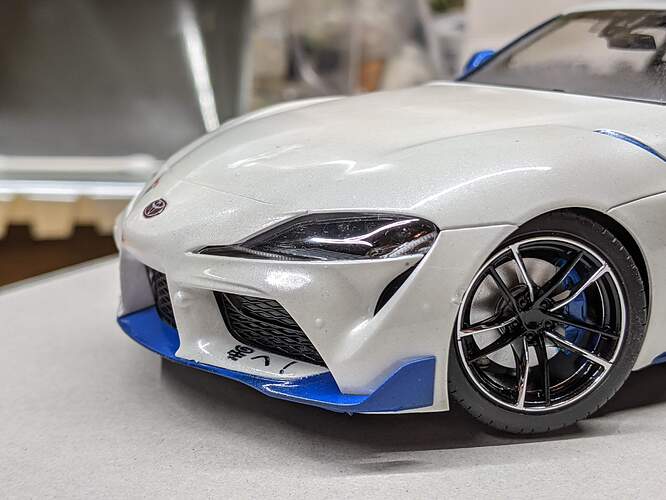 I suppose it’s a good place to share my thoughts on the kit. I really hate sounding like a Tamiya fanboy, but they just keep delivering winners. Any mistake or error with this kit is solely on me. The body clicked together, and the interior was good, even if a bit simple (seatbelts would have been nice). The decals worked well, and the headlights built up very nicely. I might even get another one of these down the line, as the kit can build up very quickly. 5 TS-13’s out of 5.

Edit: and my decals came out really well too! I’m finding that these car kits seem to like the Autoloader treatment.

Dennis,
Just found your Jaxa Supra build. Gotta say that you did one heck of a great OOB build. The paint and finish is dead on, and really looks the part.
Thanks for taking the time to share it with us.