HPH Models are planning to release a 1/32nd scale Me 323 Gigant.

It should be 1/35 and go together with the wealth of AA, trucks … available in that scale.

Dont tell that to the LSP members! There likely the burn you at the stake!

Of course, you could always turn it 'round and say it would be great to get some of those vehicles available in 1:32 to go with all the aircraft kits we’ve already got.

I did a search online and couldn’t even find a modern kit of a Kübelwagen in 1:32. That’s just daft. Sure, there’s a die-cast model - but it’s got toy-like details. Surely there’d be sufficient market to warrant some common vehicles like that and the Opel Blitz to go with all the 1:32 / 54mm kits and figures?

Getting back to the subject at hand, though - I love the idea of the Gigant! Trouble is, I know I won’t be able to afford it and, if I could, I wouldn’t have the space to build and display it.

Of course, you could always turn it 'round and say it would be great to get some of those vehicles available in 1:32 to go with all the aircraft kits we’ve already got.

1/35 is the most popular scale for armor modelers therefore the business potential for selling aircraft models in the same scale is significantly better than starting a line of 1/32 scale vehicles as this scale lags behind 1/48 and 1/72 in popularity.

I am a 1/48 scale modeller myself, restricting myself to this scale because my favorite subjects (wingy things) are available in this scale and it seems a fair balance between space needed, and having detailed models.

I always found it a pity, in my younger days when I was also building Tanks that I could not combine airplanes and vehicles in a single diorama. Over time, some 1/35 helicopters where brought to the market but as far as I know, that’s it.

If I remember correctly then it was Tamiya that started 1/35 instead of sticking to the already existing1/32. I have no clue why they chose 1/35 but it now seems like a huge error (until someone explains the good reasons behind it).

I have no clue why they chose 1/35 but it now seems like a huge error (until someone explains the good reasons behind it).

Tamiya’s entry into the world of scale military vehicle models in 1961 was a motorized Panther. The kit had to be large enough to contain all electric components, including two type B batteries. They scaled down the actual size to a scale which would be large enough yet compact. That scale happend to be 1/35. I don’t think they ever bothered considering the already existing 1/32 scale because it wasn’t their intention to compete with static models in that scale but rather to produce a motorized model in whatever scale.

Only after the huge success of the Panther they started to produce similar, motorized tank kits. Their high quality assured their success on the market and very soon these kits were selling in huge numbers which in turn set the standard for large scale AFVs.

To cut the story short, it wasn’t an error or mistake, nor intentional, but more of a coincidence that stuck and set the standard.

Thank god there was no devious startegy behind … but we do live with the consequences of having two very similar but too different scales in modelling.

Well, its not the end of the world

Since the Aircraft was designed for the transport of heavy equipment, it would make more sense to have this particular beast in 1/35 to accommodate existing vehicle models.

1/32!?!? Okay, I fully understand the long established incoherence between ‘large scale aircraft’ 1/32 and the standard land military scale 1/35. But this is a waste. I am sure that there are fans of the Gigant who will want the “wow” factor of 1/32, but scaling it outside of 1/35 will leave a lot of boxes on the hobbyshop shelves. A 1/32 Gigant is a huge waste of space that probably would tempt many military modelers to sacrifice the money and space if they could put their same-scale tanks and infantry around it.

I do not have Mr. Tamiya’s book but have read excerpts from it. Yes, 1/35 was not planned, it was simply what the Panther scaled out to after they made it to be motorized.

IIRC, there was a battle in the 1970s between 1/32 and 1/35 for the ‘military’ scale standard. 1/32 Airfix and Monogram vs 1/35 Tamiya and minor plays like Nichimo. Two things played into Tamiya’s dominance, economics and oil. Economics was two-part, cost of production and market. Japan could produce models cheaper. Japan also had a huge market to sell to in Asia; about 20 years ago a friend at MasterCon talked to the Tamiya USA Rep. about Tamiya’s decision to model some subjects over others. The Rep. said that in Asia, there were hobbyshops on almost every corner. Not hobbyshops like we in USA are used to, but hobbyshops all the same. Tamiya planned subjects for the Asian market over the Western market.

The Monogram Facebook page is occasionally visited by a long-time Monogram employee who has shared insight to what happened to Monogram. He told me (and others in a public post) that few modelers understand the effect the oil crisis of the 1970s had on the hobby. Who knows, if the oil crisis hadn’t hit, Monogram may have continued expanding their 1970s-new range of 1/32 AFVs.

Regardless, Tamiya pumped out for more kits in 1/35 than Airfix and Monogram did in 1/32. The rest is history.

You and I both may be off to a styrene re-education camp!

Remember Bandai? In the 1970s they had a large range of military models that rivaled (and exceeded with some subjects, i.e., M12 155mm Gun Motor Carriage) Tamiya, in the true scale of 1/48.

1/32!?!? Okay, I fully understand the long established incoherence between ‘large scale aircraft’ 1/32 and the standard land military scale 1/35. But this is a waste. 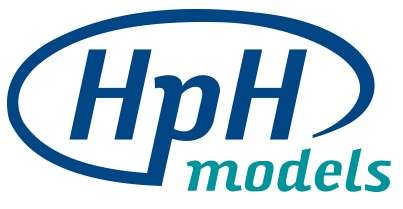 I’m with you there - the Gigant in 1:48 would still count as pretty “extreme” in terms of aircraft modelling! And, of course, there’s a ready supply of vehicles to accompany it after Tamiya finally saw the light (how many years after Bandai?

As regards kits of a few 1:32 obvious “cross-over” vehicles such as Jeeps and Kübelwagens - there clearly is a demand if you look at online forums. The total absence of anything other than die-cast “toys” is bewildering (their very existence shows a further market…) so, hopefully, there’ll some good news for 1:32 / 54mm modellers sooner rather than later.

Every dog has his day and back in my day as a freightdog, I recall we flight-planned our DC-3 at 100 gallons an hour. I haven’t priced avgas for a while but you could get a couple hours of stick time in a DC-3 for one of those models!

I gues that now, political asylum will not be enough, I will require body armor

I wonder who’s the target audience for these kits. Modeling clubs? Museums? I just don’t see many private modelers that would buy, build and display these kits. Never mind they’re expensive: the 1/48 B-36 has a wingspan of almost 1.5 meters, the 1/32 Me-323 over 1.7 meters…

I would buy it. It would go nicely with my 60" Gato class submarine and 47" Flower class corvette!