After renovating the house, I finally have time again for modelling.
Here comes my Jagpanther in 1/35 scale. The kit comes from Italeri, also the tank crew.
The GI-PoWs and the two Landser come from MiniArt.

The whole thing shows a scene as it could have happened during the so-called “Ardennes Offensive” in the winter of 1944/45.
A Jagdpanther crew watches three captured GIs are led away while the crew struggles with their own, uncertain fate.

Built out of box. Colours from Mr. Hobby (Gunze) and Revell.
The german uniforms are “painted” with selfprinted decals. 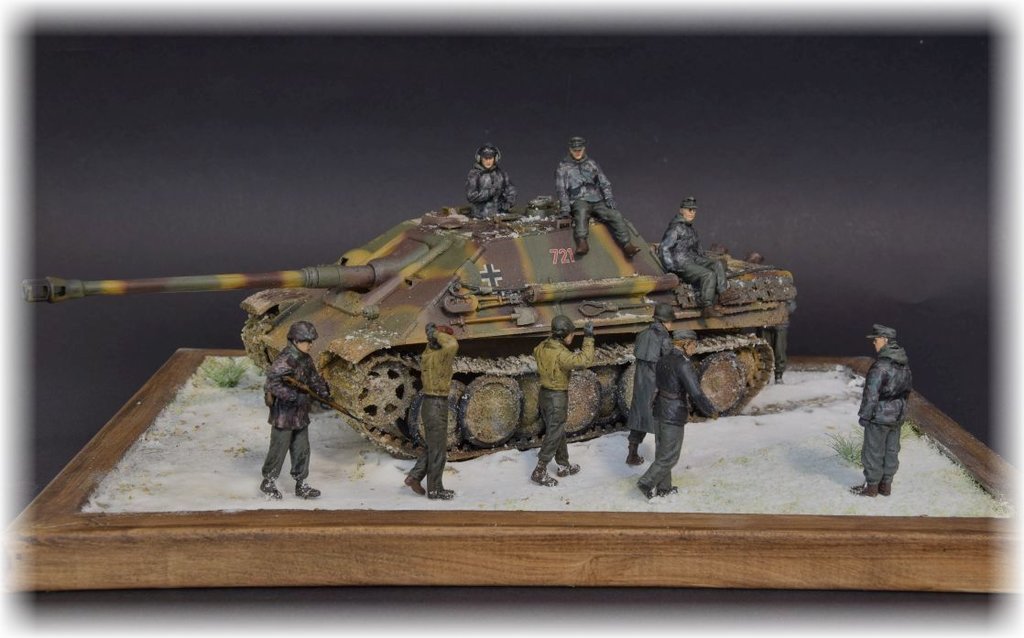 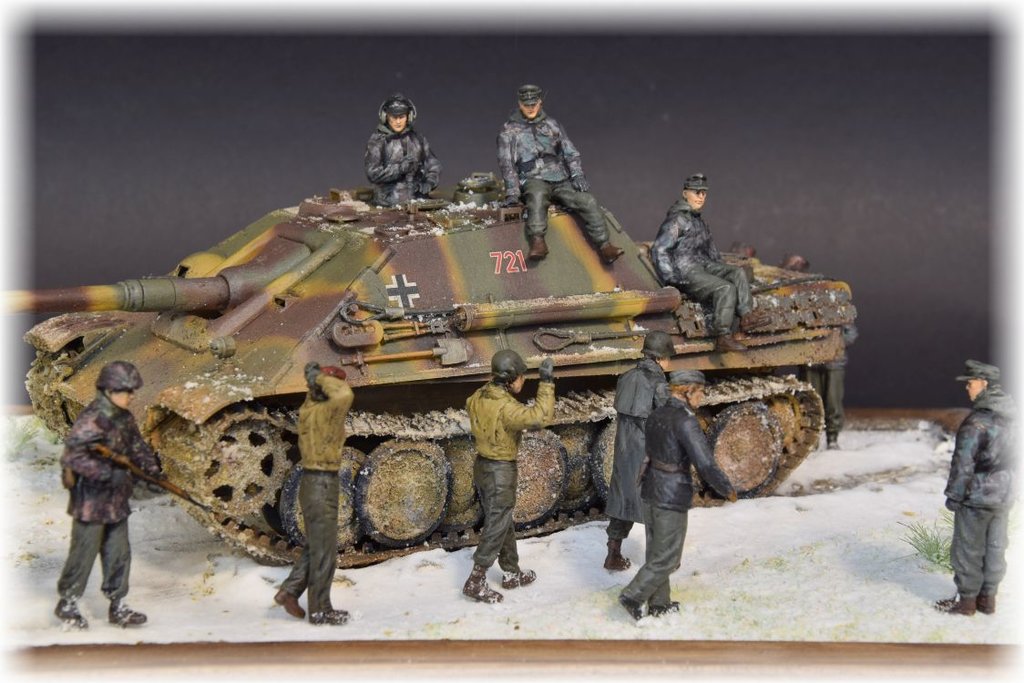 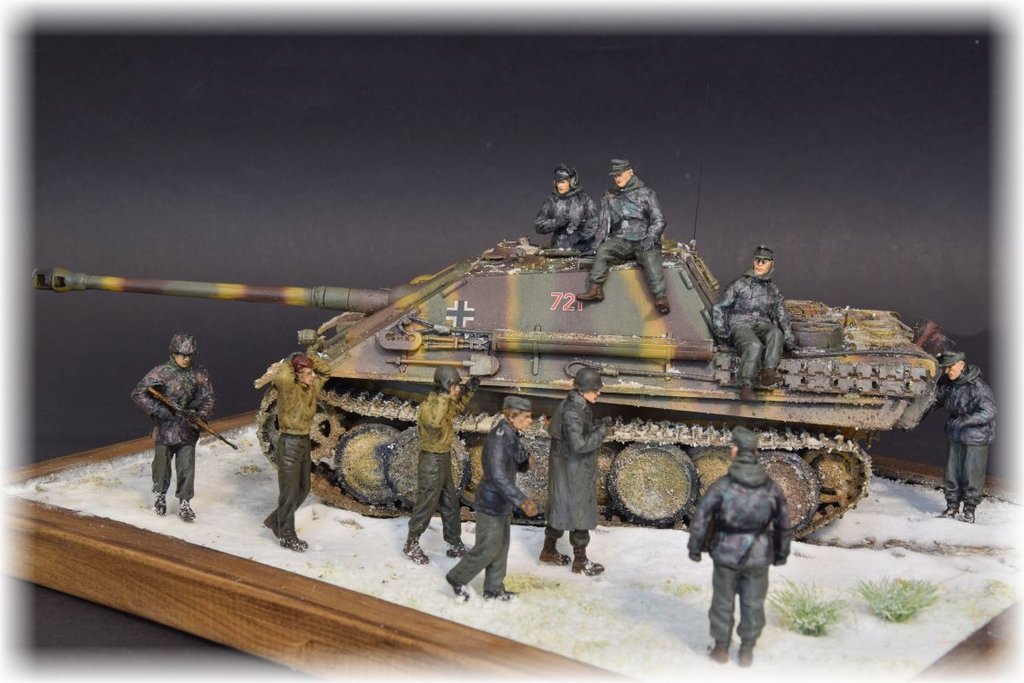 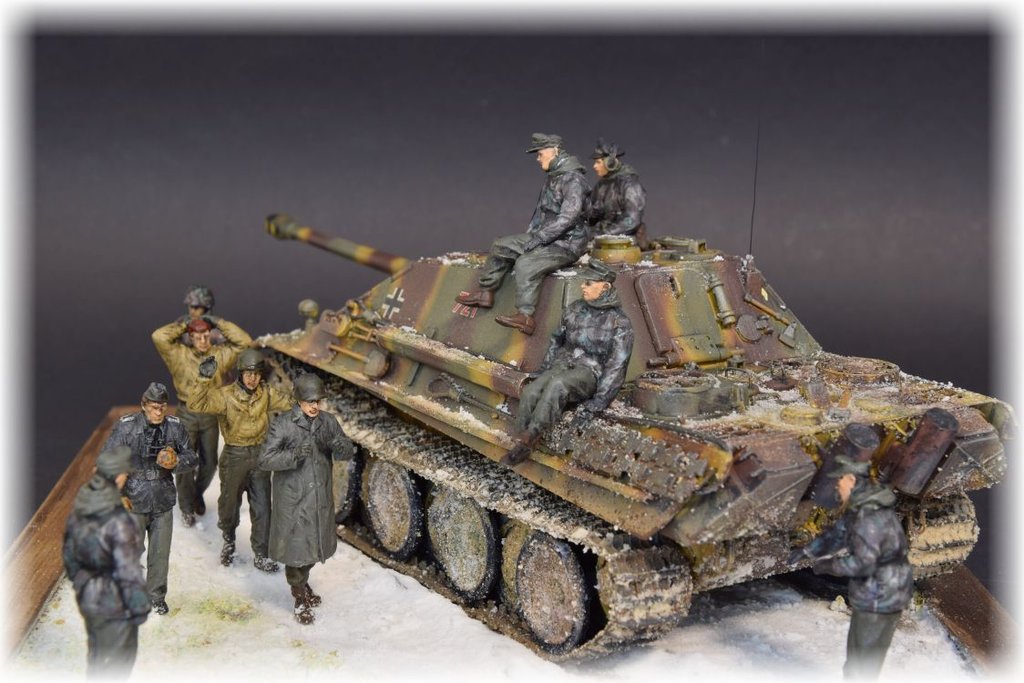 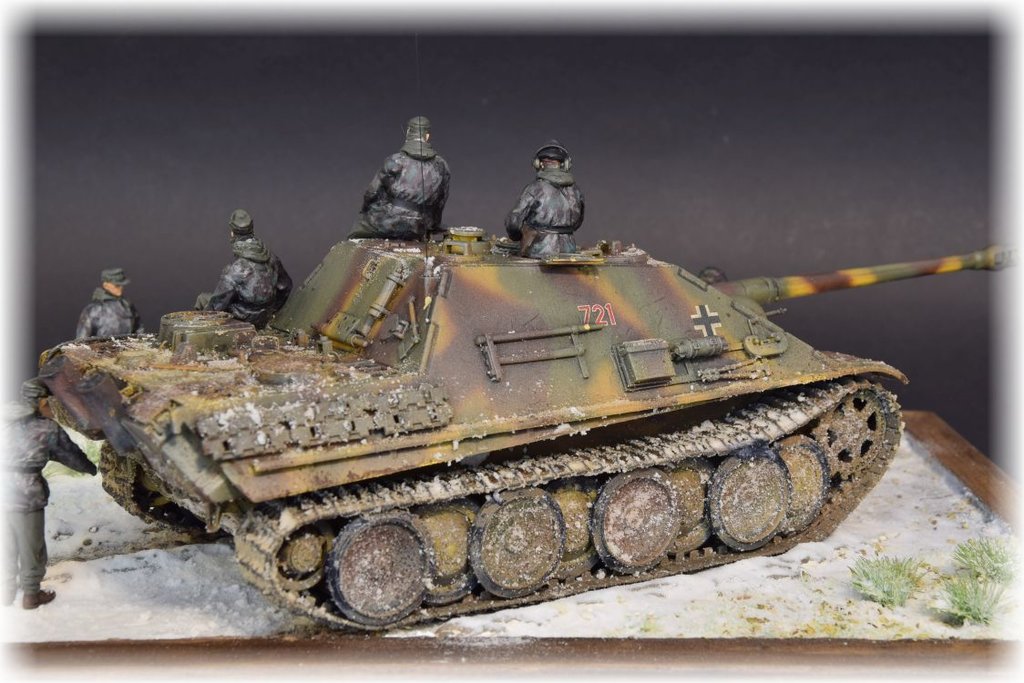 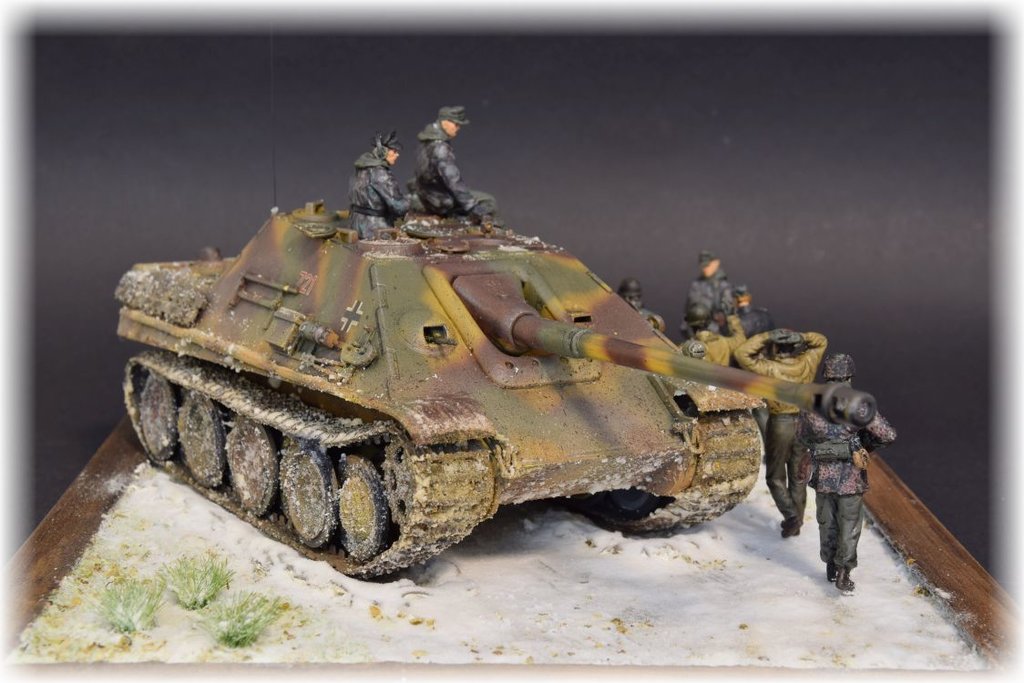 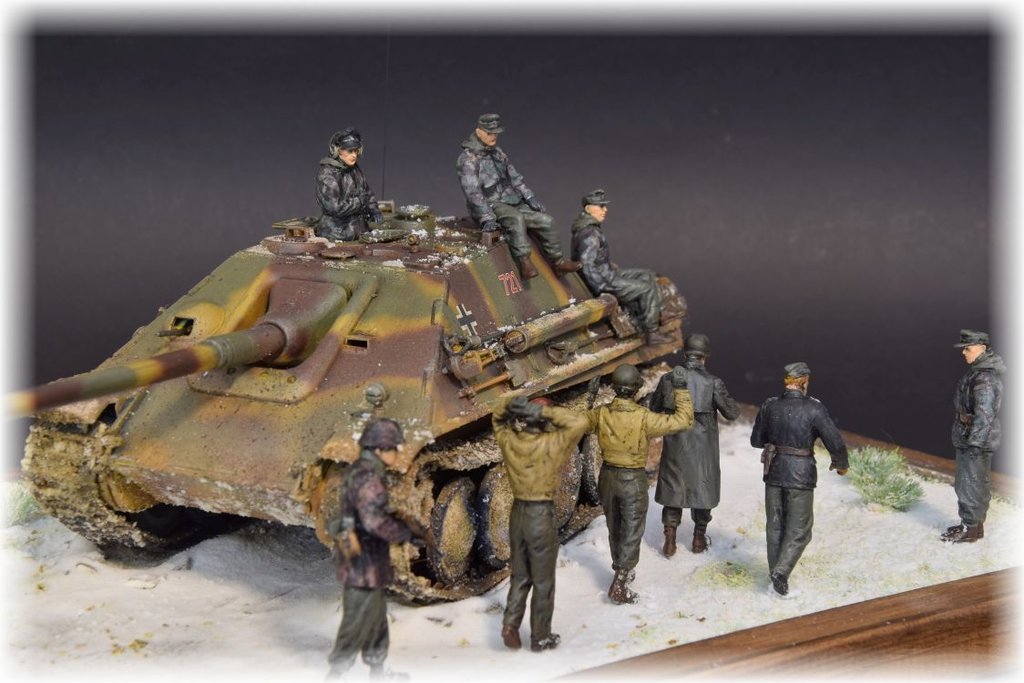 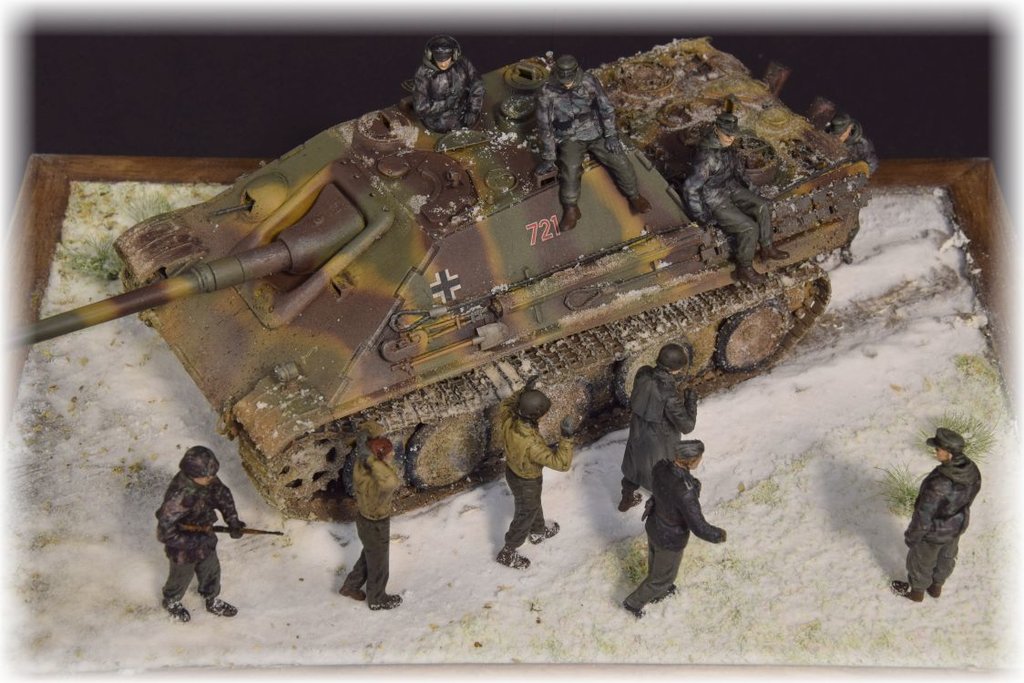 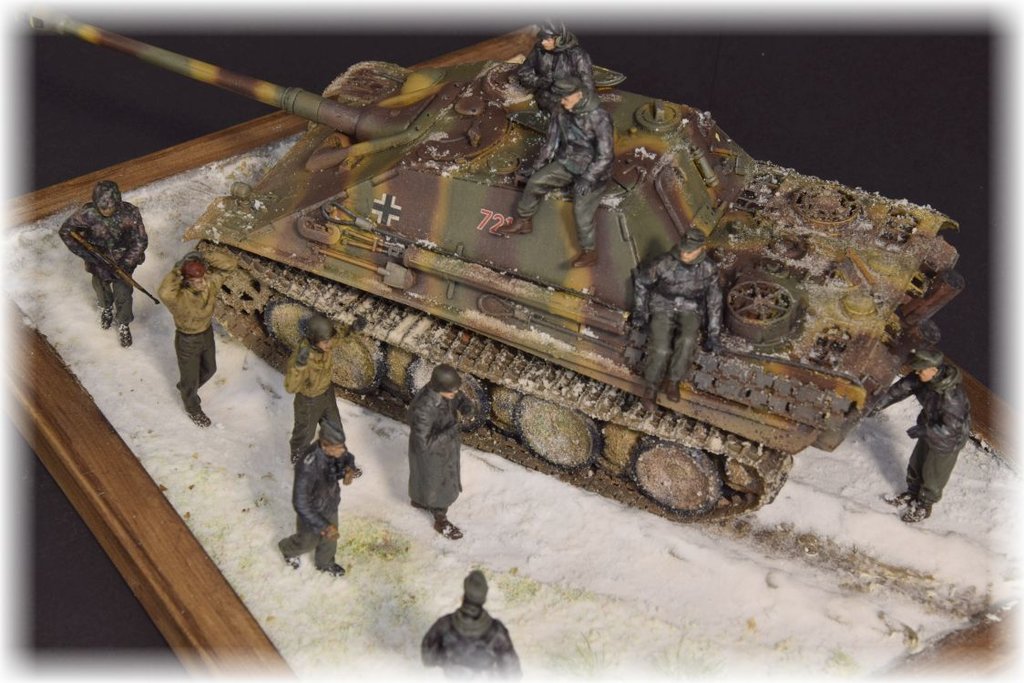 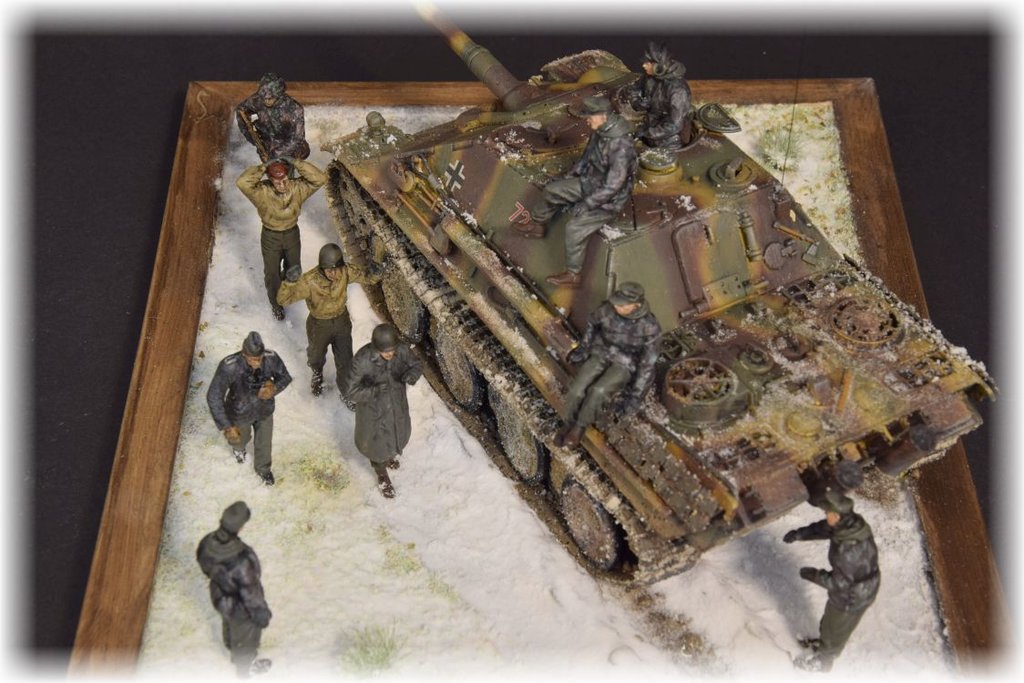 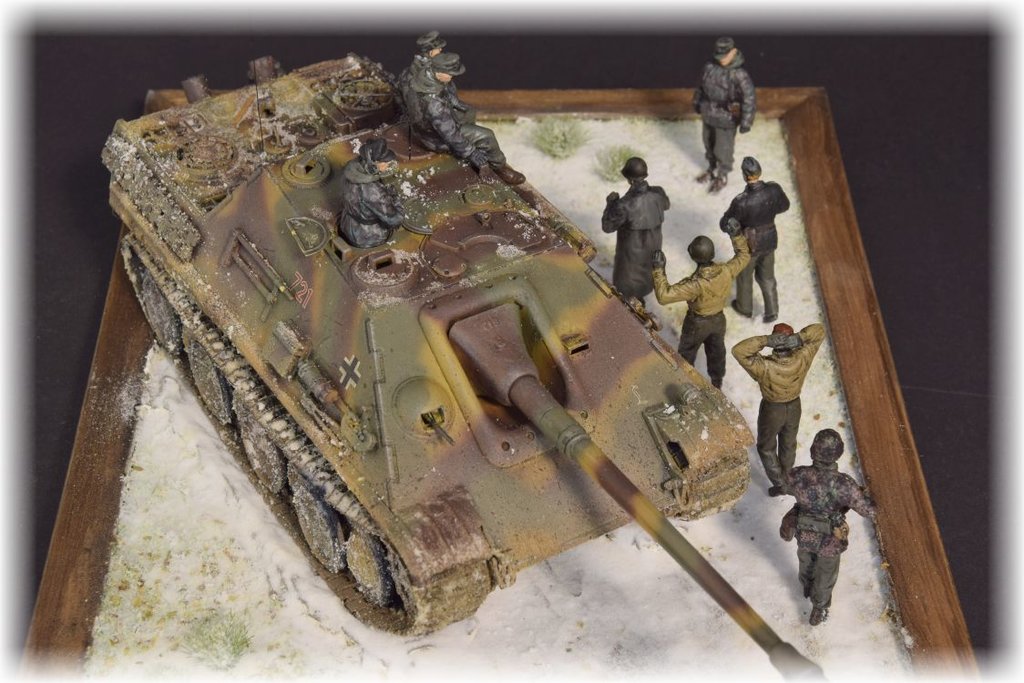