Have been a while inactive, but I wanted to share some thought I have about the new 1/350 Tashkent from Trumpy. Its not 100% finished yet, but as can be seen from the pictures, its enough to give it a fair judgement I think. The kit is mediocre with good fit overall, but some lazy design features. Details are poor in places. ladders are moulded in place and too soft and overscale. Doors are inconsistenst and soft and had to be replaced in some places. What you see will not be what you get in the box. There is only some partial railing for the upper structure, the majority is from my spare box (no soviet railing thou, just generic). I also added a lot of small boxes and stuff to the decks (Tashkent was basically a fast transport with decks stacked with ammo and men). Added some random boxes to AA guns (yes soviets used wooden crates for ammo on deck, just like the army, nothing fancy), added life saver rings etc. Rigging is just partial to “represent”. Davits are poorly molded, AA guns have soft details and are not convincing. Masts are weak and mine broke. Boats and basically 1960s style Airfix. Oh and I added the chain also. So whats the verdict ? Mediocre kit with soft details, saved only by its unique size, modern shape a interesting colour to make it stand out in Your fleet. If You like it as a ship, go for it, if not, there are better kits out there. 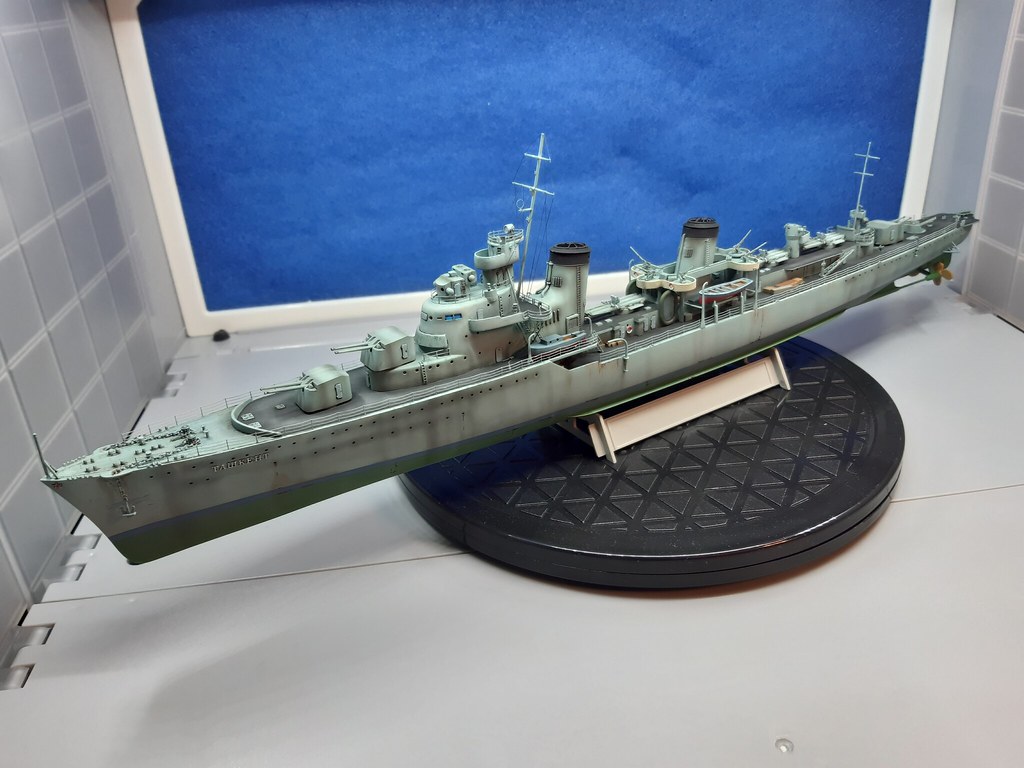 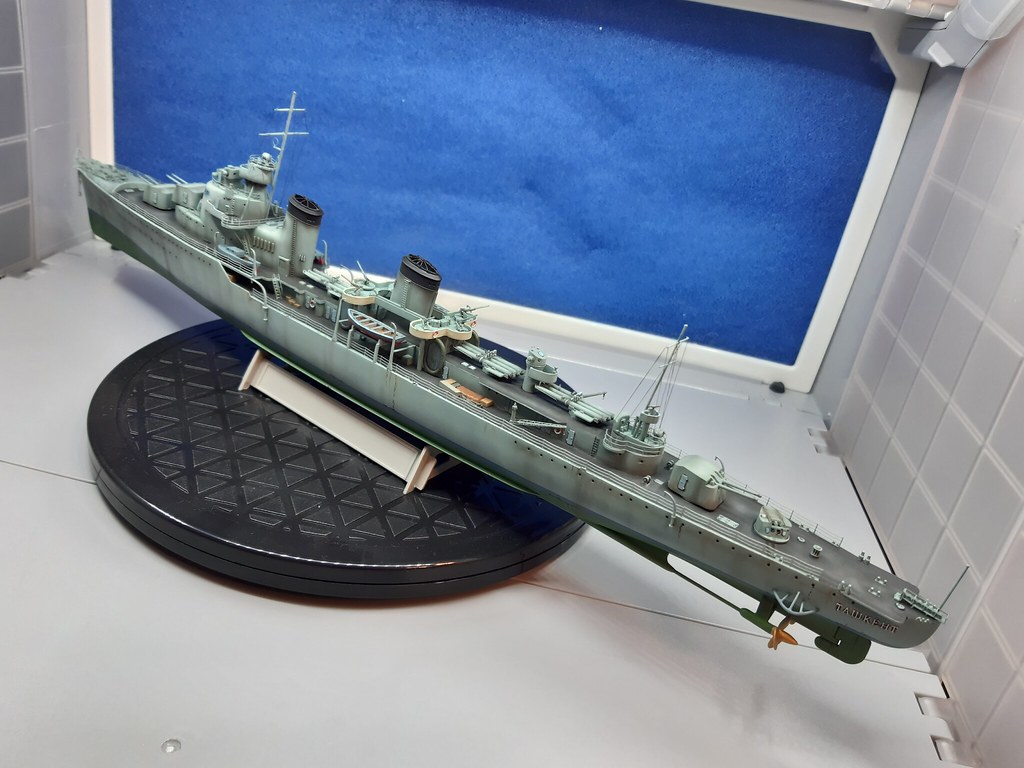 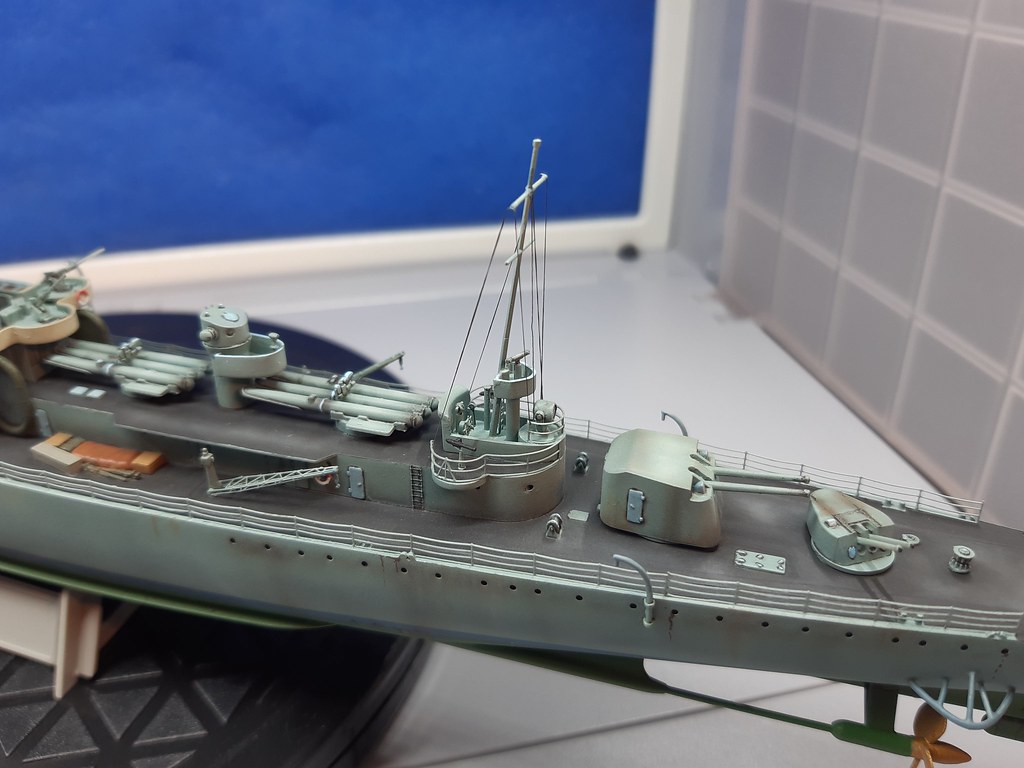 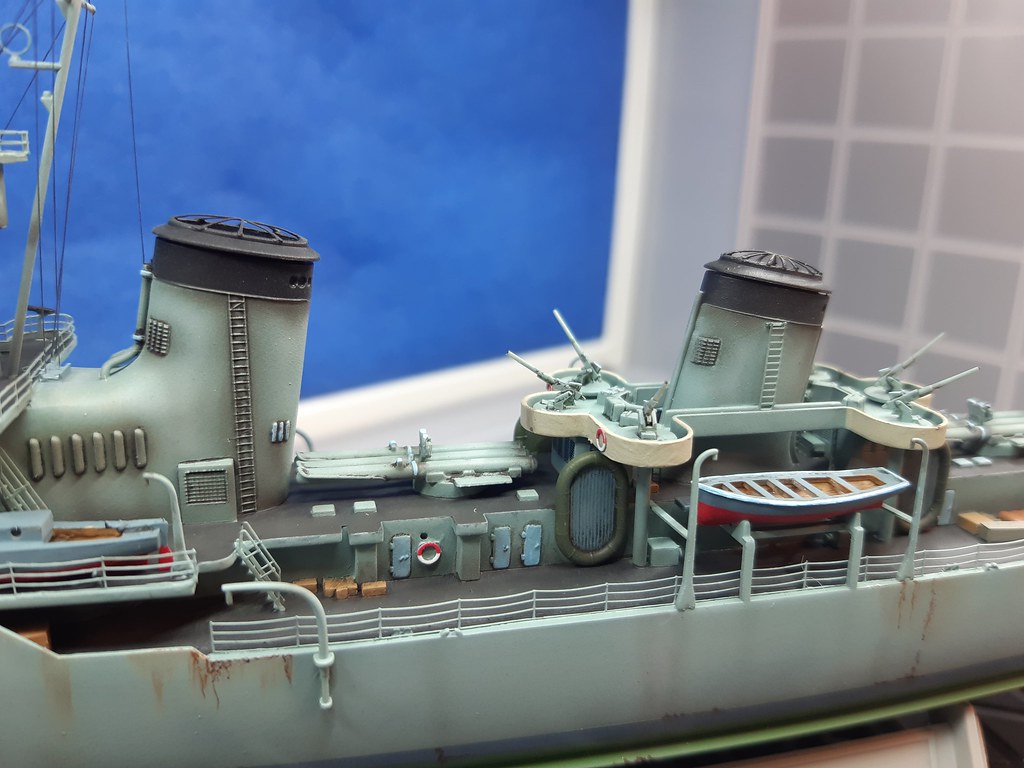 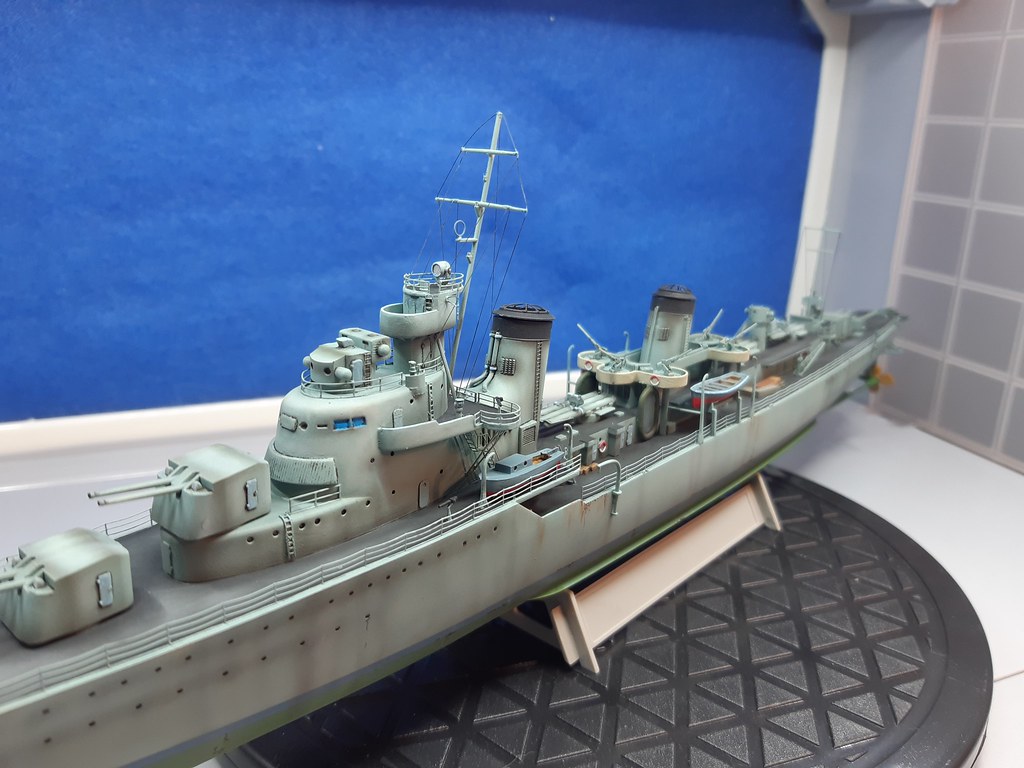 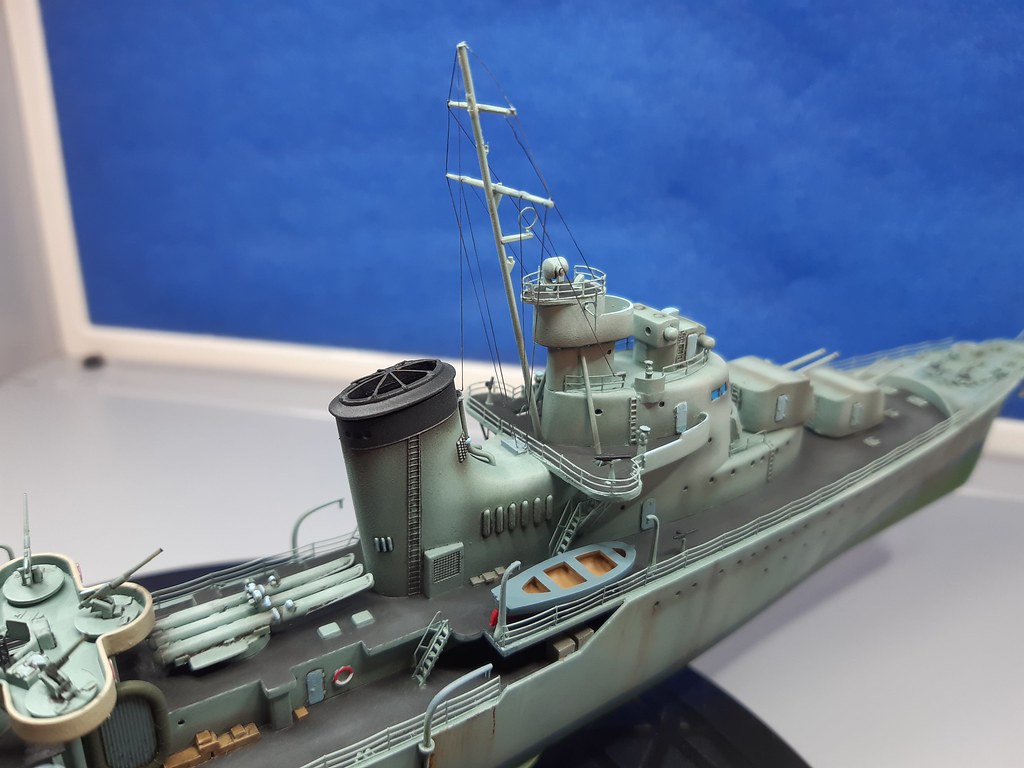 Well for a mediocre kit you have certainly made a nice finish of it.

What everybody says - great job! And welcome back and thanks for posting!

Great with a seemingly mediocre kit. I liked the ship because of the stremlined bridge and the fact that she is the first russian destroyer in mainstream. But when you see that she retais at over 40,- Euro here and there re probably no aftermarket parts available yet… Maybe I wait a bit

Thanks for the possitive feedback. Yes she has some nice shapes, You can deffinitely see the italian designers hand in there .) As a matter of fact she is the most un-soviet looking ship of them all

lovely work Naseby! Great to see you over here on the new MSW