Anyone have a clue what the vehicle markings would be for a Dingo in this recce unit ? I have the Div markings but would like anything else,
J

Hi Jerry, assuming this unit had Dingoes and not Humbers (and I think these units had a mix of Hunber armoured cars and Humber scout cars) likely markings would be, looking at the vehicle from the front L to R:

Div sign in this case as you well know: Lion rampant

Vehicle serial numbers in accordance with general practice (which is a cop out from me but you’ll know what I mean).

Thanks mate. Huge help for sure. Here is my state at this point. Much more to do of course. I will have to live with the ID numbers sadly. But I can paint the other stuff like I already did the div symbol. 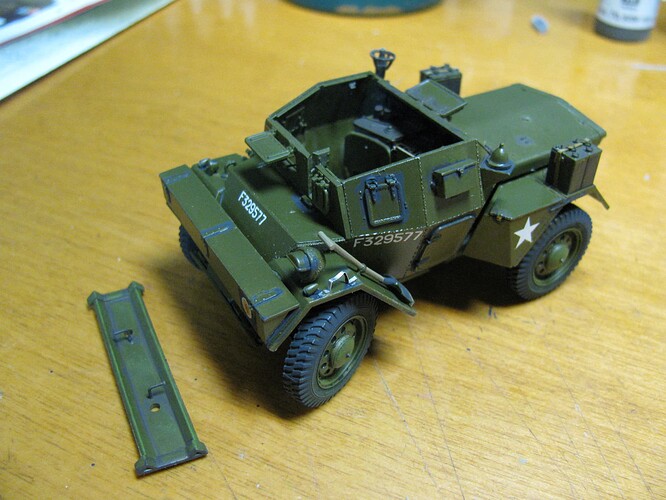 As I say Jerry - and not to rain on your parade - I think only Humbers (both armoured car and scout car) were used, not Dingoes.

More than happy to be corrected mind(!)

The light armoured car issued to the unit was the Humber Light Reconnaissance Car not the Daimler Scout Car: 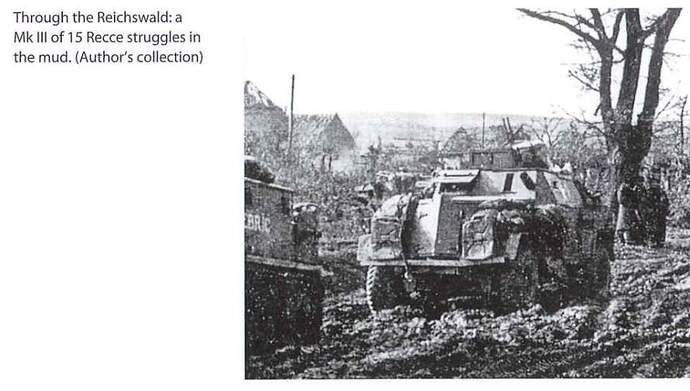 Well now that sucks for me! Hahahaha and after I painted the rampant lion and all that. Oh well 11th Armoured it is then,
J

Thanks mate. I suppose that is my Heir and a spare as far as that car is concerned. With both yourself and Boots weighing in.
J

Of course, it almost goes without saying if, if you need any help with markings or organisational aspects I’ll help where I can.

I think I’ve mentioned it before- somewhere on the site - but I was lucky enough to meet the Divisional Commander way back when.

Nice!! I think I recall that but my memory bulb glows dimly now. He was a young guy to be the chief if I recall,
J

Yeah, mid 30s roughly, when he assumed command of the Div.