Hi all. A question. I’m painting the accompanying figures from the Tamiya WW1 Mk IV tank. I’ve seen the original photo of “Hyacinth” ditched at Cambrai in 1917 and would like to paint the figures as 1st Leicester Regiment, 6th Division, which was the unit the tank was supporting during the attack. Apart from the obvious brass shoulder titles, I can’t find any specific uniform badges for this unit. The figures in the photo don’t appear to be wearing any formation signs (6th Div is a white circle on black square) which may be normal for field dress, but I understood that units often wore some temporary field sign or similar when they went “over the top” to help commanders identify their progress. Anyone help?

Steve, I think you might be referring to “Battle Patches” which were geometric symbols (and others) often sewn on to the tunic on the arms or the back to enable speedy identification of what formation/unit was what once they were attacking. I believe the symbols were sometimes painted on the steel helmet as well. I’ve done a fair bit of Googling and haven’t found that much save that the Candians had a comprehensive system which I’m sure, must’ve been based on whatever the British were using. I also found that DJ Parkins does a brass template of symbols (amongst other badges) in 120mm size but frustratingly with no key (see below): 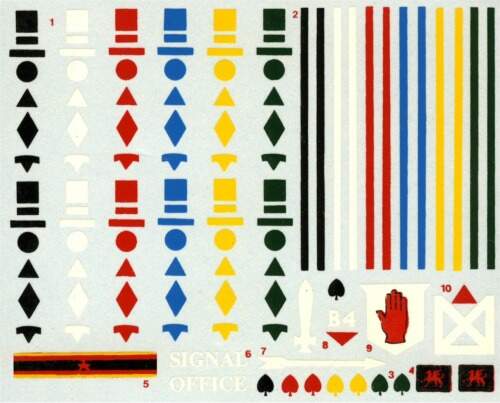 The Canadian piece is here:

A solution might be to obtain the Osprey book on the subject - assuming it addressses these cloth badges: 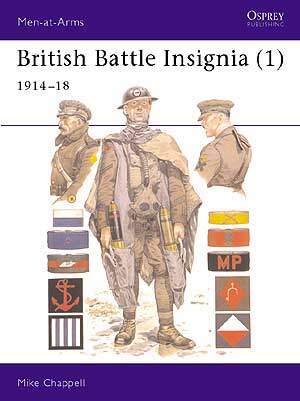 or perhaps someone who has the book can help out here.

I think you may have something there Brian. I suspect that as in WW2 the Canadian divisions had different coloured squares as their divisional insignia, so it would be the other shapes that differentiate the brigades and battalions. I could order the Osprey book I suppose, but it seems a bit futile for a one off query and it’s sod’s law that it won’t cover the one unit I’m interested in!