A few questions for Chieftain experts

I recently acquired a 1/72-scale ready assembled and painted model of (according to the label) a Chieftain Mk.5 (BAOR, 1979). I was really impressed with the general accuracy and level of detail. However, a few questions spring to mind:

Hi!
Who is the manufactorer of this kit?

The single headlights are a feature of a Mk2, as well as the antenna socket that you describe. From my point, starting from Mk3 there had been the twin headlights, one white light and one infrared.

When I remember it right, the antenna tuning box came with Mk5 standard.

However, Chieftain Marks are plenty!

Regarding the change of the idler, yes, I would think the front plate has to be removed. Every bazooka plate is a singe part, there is nothing hinged and swinging like on M1. They are fixed in a way that they do have two kind of hooks on the bottom side which fit into fixing points on struts coming from the hull sides. (sorry, no native speaker, can´t explain it better…)Then they are swung up in the vertical and bolted to the hull side with two bolts. 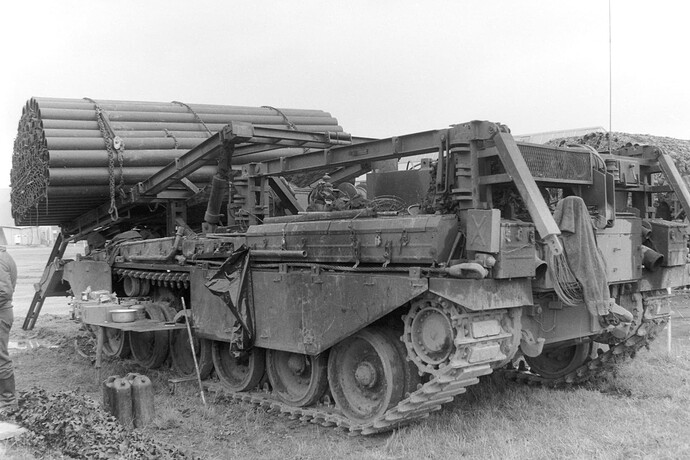 Here you can see what crews do to have a little comfort with their meals when stationary for a while.

Many thanks for that information.
Actually, I’m not sure of the model’s manufacturer.
I bought it second-hand at the Yeovil Model Show,
and there was no brand name on the packaging.
Your answers are very useful, and confirm that I’ll
need to scratch-build some improvements and
corrections to the model if I’m going to depict it
accurately as a Mk.5.

Hi Paul,
you may take a few pictures so that we can see the other details. If the model for example would have two jerry cans on the right side of the turret where later Marks have a stowage box, it is a Mk2. Also a good feature to judge te marks is the NBC box at the turret rear. Is the model made of resin or plastic? You should exactly check which Mark it is next to using literature and photos. Then you should decide if and what to scratch. Additional information on the different marks you do find here: The FV4201 Chieftain was the main battle tank of the United Kingdom during the 1960s-1990s. A development of the Centurion, the Chieftain introduced the supine (reclining) driver position to British design allowing a heavily sloped hull with reduced height. A new powerpack and improved transmission gave it higher speed than the Centurion despite being heavier due to major upgrades to armour protection and the armament; this allowed it to replace both the Conqueror and Centurion while performin...

Pretty much like Andreas has said Paul. The Boz plates had 2 hooks near each end in the bottom which connected to the support arms on the hull side. The rear triangular plate only had 1 hook on the wide end. Each plate was secured by 2 19mm - 3/4 bolts.
Changing the idler wheel could be done by splitting the track at the front and just slowly reversing back until the track cleared the idler and hung on the first return roller but it was a huge a pain and not easy, you would probably need to remove the front 2 plates to be safe. The easiest method was to remove all the Boz plates and split the track at the rear and run it forward over the idler that way.

Hi!
Here you can see how a bazooka front plate looks from the inner side. Note the small hooks that me and Johnny described.

This is the front left hand plate. It is made of the finest quality British steel from the last century. Any offer accepted, its no use to me.......

You can definitely see how the hooks work, but I’m not sure what tank it’s from…it’s not a Chieftain Boz plate, at least not a mk9 or after… Top securing locations are the wrong type and the front shape is wrong , is it a Cent maybe ?

That looks like the front plate from a Centurion. Cents only have three plates either side and the front one is really long. The angle at the front of the plate makes me think it’s from a Cent as in the pics where I’ve highlighted it. You can also see the base of the hooks which protrude below the bottom of the plate on both pics. 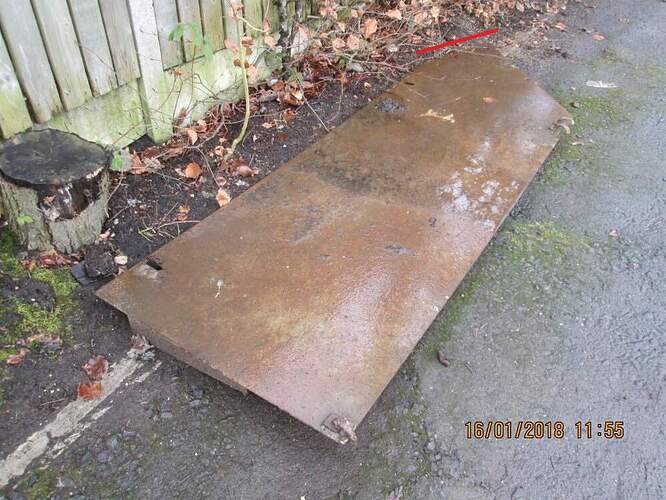 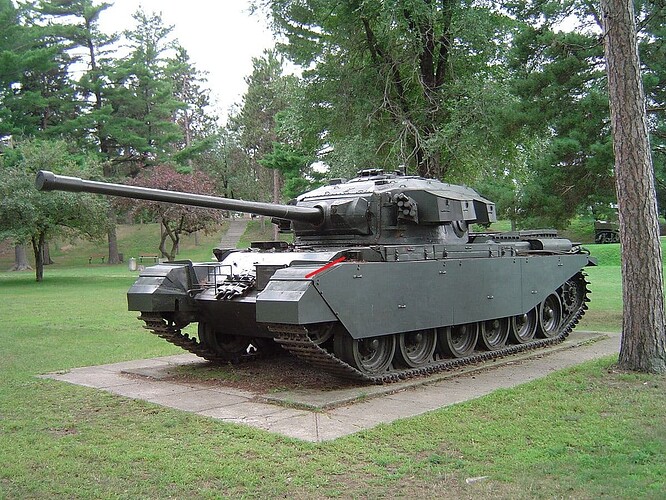 Yeap, Def a Cent plate… I’m glad I wasn’t the guy who bought it thinking it was a Chieftain one lol

Thank you for your correction. I found it to be quite long for a Chieftain front plate, but was fooled by the angle of view and the headline of the posting. Yes, definitely Centurion!