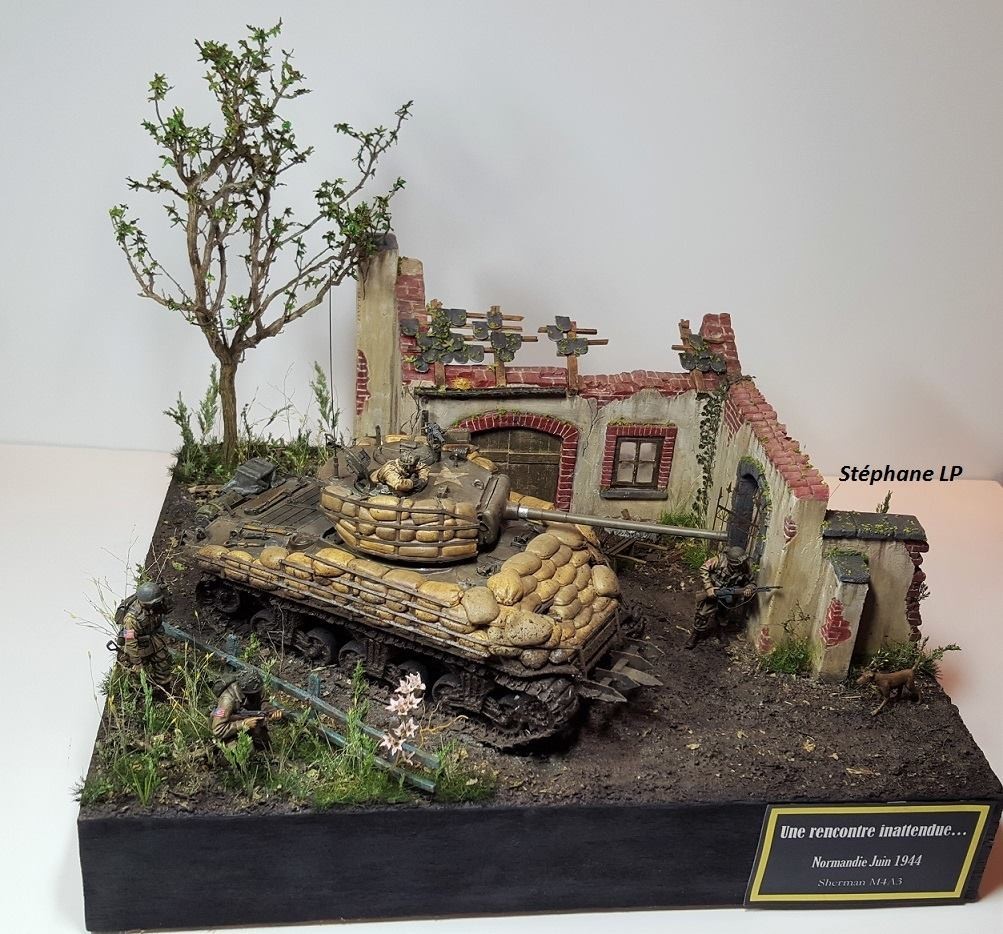 I think the encounter is unexpected because the driver can’t see where he’s going, there’s a sandbag in front of his periscope…

Excellent Dio, love the layout but I would probably push the date out a bit to later war due to the 76mm Sherman’s coming later in Normandy (July for Operation Cobra) and that style sandbag armour also a later add on. The Paras, one kneeling and one standing with the BAR are in late War 1943 Jump suits.

I was wondering the same thing about the sandbag setup.

Also, had the hedgerow cutters been developed in June 44?

Also, had the hedgerow cutters been developed in June 44?

There were several attempts to develop methods of breaching bocage banks, but the successful “Culin” cutter wasn’t demonstrated to Omar Bradley until mid-July, after which production was accelerated, with cutters being fabricated in the U.K. in addition to the cutters improvised locally from recycled German beach defences.