They must be selling, or manufacturers would not be still pumping them out…BUT…I for one am getting seriously tired of “another” Panzer(____) fill in the blank…! We have enough Tigers, Panthers, SdKfz"s to fill a stadium, along with every variant of the Sherman. Don’t get me wrong, I have a few in my stash, and some o them are REALLY nice, but I would like to see more of the “oddities” that I find on the internet…like…an XM800 articulated recon vehicle with six wheels…SO neat…! I know there are issues getting blue prints and all, but we get so many “paper panzers”, how hard can it be to get something like the XM800…I don’t care if it’s not 100% accurate…neither are the PPanzers…just SOMETHING different…bad enough being stuck at home because of Covid, without reading “News” of ANOTHER…you know… OK, Covid quarantine rant over…LOL…!

The manufacturers are in this business for money. They know that there is a market for the Panzers, when it comes to modelers they see us as “Another one, and another one, and …”
If they for one second thought they could sell 10 or 50 thousand XM800 kits there would be one on the shelves very soon.

We all need to rant and blow off some steam occasionally

The only remaining new WW2 German AFV I’d like to see in the near future is the Sd.Kfz. 232 6 Rad armored car by a top quality manufacturer like Dragon, Tamiya or Meng.

Yet we’ll probably be getting stuff like Panther Ausf A by different manufacturer, this will invalidate all Panther A kits manufactured to datecand require a frenzy of replacement kit buying.

Not sure I’d wish for a Dragon kit…

As has been said before, Tamiya selling a Tiger I kit doesn’t put any money into Meng’s bank account, and… German sells.

My view is bring 'em on, though. Because if, say Meng sells a bunch of their own German kits, then they have banked the capital to perhaps design, develop and manufacture a kit of some other non-German subject. Maybe even one that I want.

Sooner or later, a successful kit maker is eventually going to release something other than another German subject model.

As Robin said, this is all about money. Sorry but for every XM800 kit sold (which by the way I have never heard before), there are probably 50 Panzer IV and 70 Tiger. I bet if you had a shop with limited space, you would also have way more panzer X than any other kit, because they sell.
Manufacturers do not think on individual modellers but on the whole market…

@SdAufKla Mike is right, WW2 German sells. That’s always been true, as long as I’ve been in the hobby.

If the Pacific Rim market wants WW2 German that’s what manufacturers will provide.

Looking at various forums, ColdWar + Modern Armor seems to be the main area of interest for most folks in the USA. With Operation Desert Storm and all of rest of the conflict in the Middle East conflicts seems likely Cold War & Modern have surpassed WW2 subjects in the USA.

Overall, I think the USA is a smaller market for modeling today maybe with the exception of covid demand. I doubt our wants are all that important to Pacific Rim manufacturers.

I hear y’all fer sure. I’m well aware of the market AND the dollars generated. As Mr. Nilsson pointed out, a good rant now and then can help the constitution…LOL…! That was my main intention I guess, frustration with Covid, and the never ending stream of same 'ol, same 'ol armour(British mum), kits on the LHS shelves. maybe with the advent of 3D printing, someone will do one…someday…sigh…

I guess there are a LOT of folks with connections to the military as well, for the popularity of these kits. Now if only Italeri could bring out a “decent” truck kit…I have quite a few and I must say their engineering and mold making leave a lot to be desired. Oh well, at least I still GET the German kits even if I’m not a huge fan…after watchin tonite’s news, there are a LOT of poor souls in this world with amuch more urgent needs…awful to see for sure… 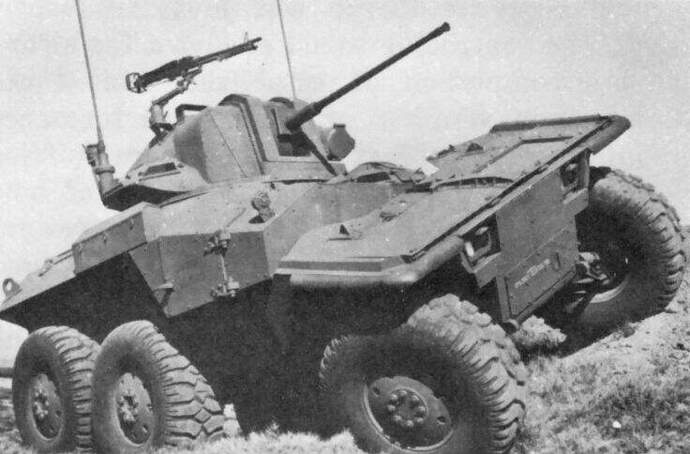 There was also the 8-wheeled XM808, that’s the really cool one 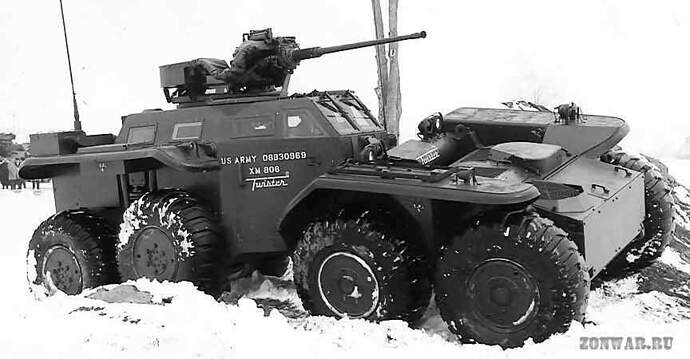 There was also a development track for a tracked vehicle in the programme: 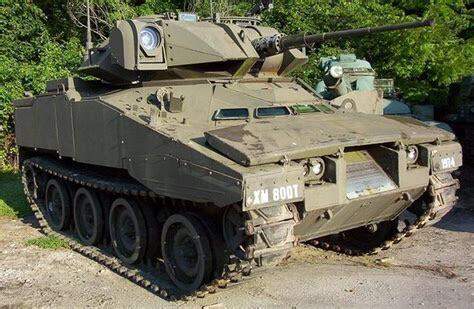 He’s got his work cut out for him

TOTALLY agree…the “Twister” is the neatest one of the bunch…THAT’S the one I was mainly talking about in my recent rant…hahaha…! I suppose if one was really determined, you could scratch it, but I’m not that determined…YET…we’ll see.

We all have those niche vehicle we would love to get plastic kits for. I for one want all of the home grown South African stuff such as the Ratels, Elands, Rooivolks, Buffel’s etc. But I know that is a very small market compared to the Panzers and Shermans. But because the makers make money from the panzers and shermans we have gotten some of the SA stuff. Rhino G6, Oliphant Mk1B, Rooikat.

I will be honest, an XM800 holds no appeal to me so that’s a sale that that the kit maker wouldn’t have. I do have 7 Shermans on my shelf and another 10 in the stash. I also have a plethora of Panzer III’s, IV;s Panthers and Tigers from a variety of makers.

What I got from this is:

And I completely agree

I am just pleased that there is as much variety as there is. I have found building and detailing soft skins and the many ancillary vehicles that go with the armor even more fun than the Panzers. My stash will outlive me I am sure.
Dakjunkie

What I’d like is some original german what if or maybe more technical ,I find it quite funny how a lot of company have given their shot on panther from the A to G, but only dragon and rye field want to do the 1/35 scale one (I thought panzer 1946 sell). I wouldn’t mind other country project/prototype either like the french B1 ter for a what if france 1941 script or a R35 with a FCM36 turret

We have enough Tigers, Panthers, SdKfz"s to fill a stadium, along with every variant of the Sherman.

I’m still waiting on an injection molded 1/35 DD Sherman. Of course when I’m halfway thru a scratch build of one someday, some company will announce a kit on the way soon. That’s my past luck. And I’m too cheap to sink the money into one of the resin kits.

every variant of the Sherman.

I still waiting for a injection molded 1/35 M4 Grizzly…