I attempted to view an archived build log on scratchbuilding the 8 kW generator used with the sd.kfz.251/20 “Uhu” using the following link:

and the result was being taken to a “Not Found - 404 Error” page. I noticed this with other pages which were supposed to be archived. Does this mean the specific links weren’t saved? I attempted to use the search function; but, it’s pretty useless. Can the mods/admins provide a solution?

This page is about scratchbuilding an 8 kW generator but it is to be used for a Flakscheinwerfer:

This thread claims that the Uhu used the same generator as the Flakscheinwerfer:
https://archive.armorama.com/forums/147382/

The UHU was not full of batteries but was full of the 8Kv generator set which was the standard gen-set for the 60cm searchlight in Luftwaffe use. The UHU used the standard s/l and gen-set just with an IR filter over it."

The GG400 is, or at least was, available from Riich: 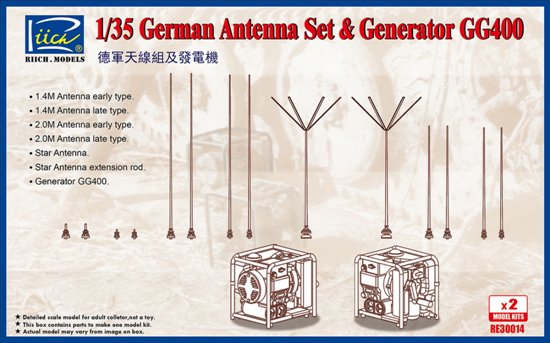 Another new product from Riich, a set of German Antennae plus a GG400 generator.

Edit: For those who haven’t checked the link about the generator for the searchlight.
The Uhu worked together with IR equipped Panthers and the Panther needed a power source to power its own IR equipment.

Thanks for your assistance, Robin. However, I was trying to access that page because it was a step by step build log for scratchbuilding the generator. The first link you provided is from earlier this year and isn’t as detailed. I was hoping to find the page via the Wayback Machine; but, that URL was not archived by archive.org.

The Riich ones are a different generator to the FlakScheinwerfer one which looked like this:

It is a ‘tad’ bigger than the Riich ones too… 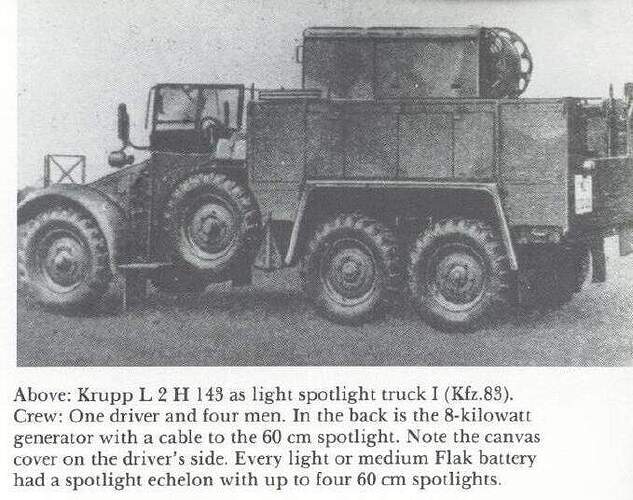 The one in the UHU was the basic components of the one pictured, but fitted into a different casing located sideways in the rear. It blocked off the driver area from the rear, but set back enough that there was a gap allowing the driver and radio operators access. 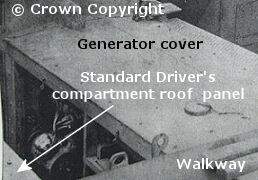 It’s even with reduced price now.

On the other hand @Headhunter506, I can provide my scetches and how I built the 8 kW generator SBS if you are interested!

And one from DES Kit as well

You jumped from a question about a generator for an infrared searchlight in a half-track to a generator to charge a battery in a tank??

Man you crack me up… Your sense of humour is wicked.

The link I posted contained information about both, the Uhu and the Panther were part of the same team → maybe someone wants to show both these components as models → one used a big-ass generator and the other used a “portable” set → since I already had the information available about the usage and a 1/35 source for the “portable” generator I might as well include it for free.

I don’t see it as a jump, more like a “widening of horizons” (You looking for Uhu details? Maybe you interested in the IR Panther as well? We have special offer on portable generators this week …)

A man in a hot air balloon realized he was lost.

He reduced altitude and spotted a woman below. He descended a bit more and shouted, “Excuse me, can you help me? I promised a friend I would meet him an hour ago, but I don’t know where I am.”

The woman below replied, “You are in a hot air balloon hovering approximately 30 feet above the ground. You are between 40 and 41 degrees north latitude and between 59 and 60 degrees west longitude.”

“You must be an engineer,” said the balloonist.

“I am,” replied the woman, “How did you know?”
“Well,” answered the balloonist, “everything you told me is technically correct, but I have no idea what to make of your information, and the fact is I am still lost. Frankly, you’ve not been much help so far.”

The woman below responded, “You must be in Management.”

“I am,” replied the balloonist, “but how did you know?”

“Well,” said the woman, “you don’t know where you are or where you are going. You have risen to where you are due to a large quantity of hot air. You made a promise which you have no idea how to keep, and you expect people beneath you to solve your problems. The fact is you are in exactly the same position you were in before we met, but now, somehow, it’s my fault!”

Engineer with a wicked sense of humour

The parable about management, a tree and monkeys:
An organization is like a tree full of monkeys,…all on different limbs,… at different levels,…some climbing up.

The monkeys at the top look down and see a tree full of smiling faces.

The monkeys at the bottom look up and see nothing but monkey butts.

I know about the DESKIT generator. I tried to order one from Tony Shop; but, I can’t. When I click on the drop down menu for country shipment in checkout, there was no option for USA/United States/Etats Unis. I emailed customer service with a detailed explanation of the problem in both English and a French translation. The reply indicated my username and password. That’s it. They might as well have told me that the answer is √0. I wish I could get my hands on the Blast Models detail set with the generator; but, I believe it’s OOP. I can’t contact Blast because the store is closed until October 11.

Thanks for the offer, Angel. PM me.

I know about the DESKIT generator. I tried to order one from Tony Shop; but, I can’t

Maybe you could get in touch with the owner of DESKit, Maurice Des. But you must use French for that as he doesn’t speak English, AFAIK. Here’s the email adress deskit@orange.fr

Thanks, Henri-Pierre. I felt like I was talking to myself dealing with Tony Shop.

I have had a similar experience with Tony Shop.
They didn’t care about having me as a customer so I decided to not have them as a supplier.
Mutual agreement sort of …

It’s pronounced that way if one has a speech impediment.

A big thank you to Angel for supplying me with his notes which, along with drawings contained in Panzer Tracts 15-4 and the relatively few photos of the Sd.Kfz. 251/20 available online, I was able to fabricate a reasonable copy of the 8 kW generator used in the vehicle. This is what it looks like: 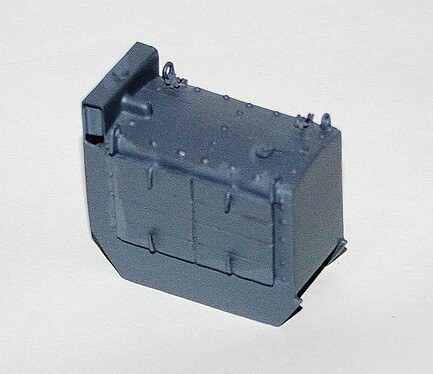 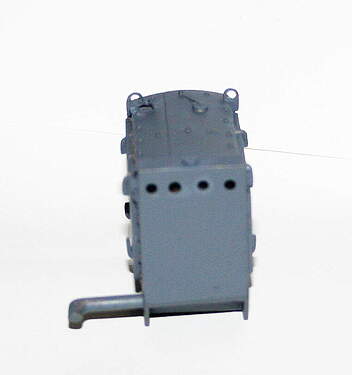 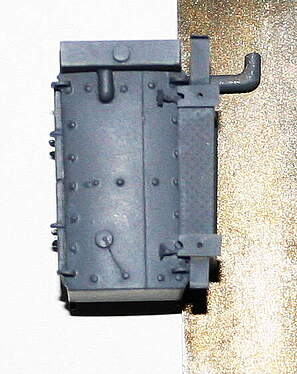 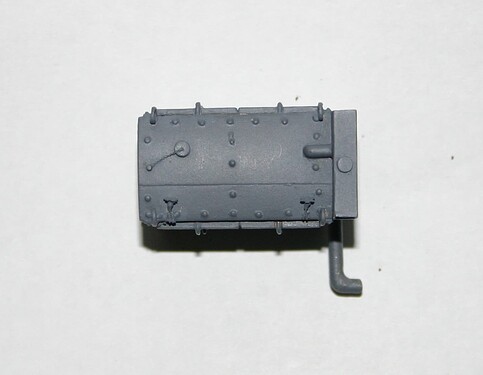 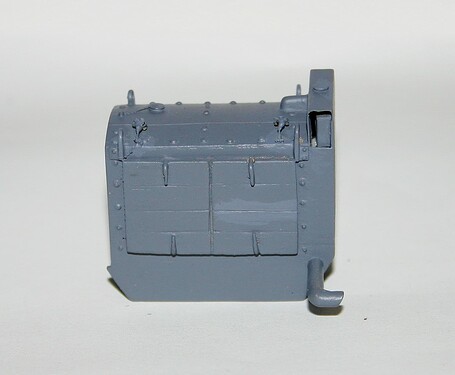 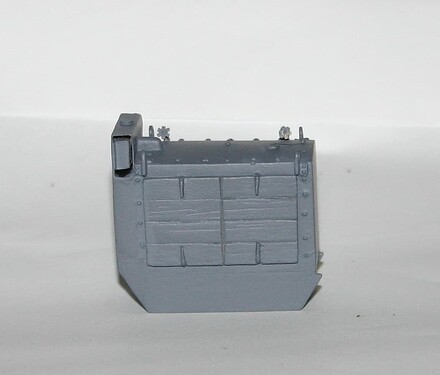 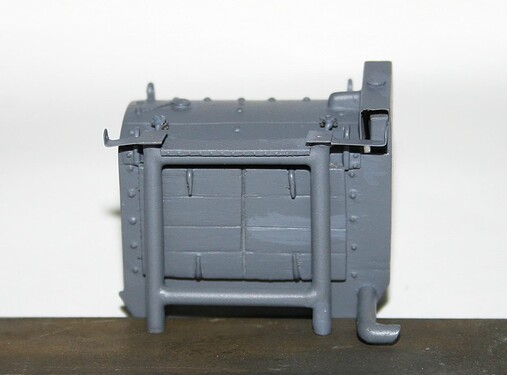