Almost finished. Just a Verlinden set pretty much straight from the box. I can see a few areas that need tweaking but mostly its adding a heavy layer of debris and painting the PIAT round and ammo case. 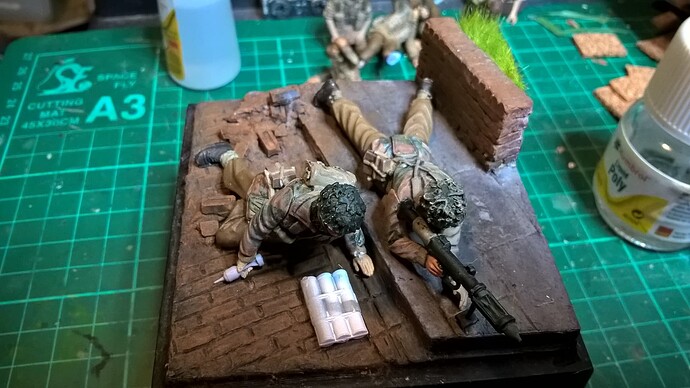 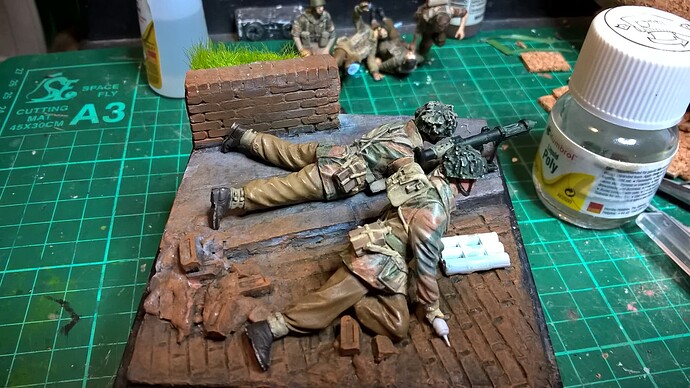 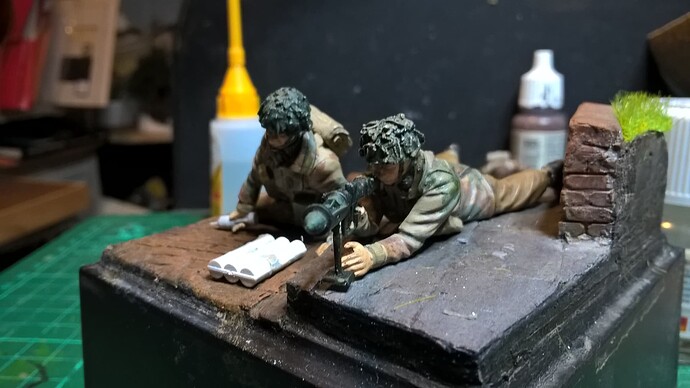 Looks very nice, but I would add an ultra matte varnish to the clothes, they seem slightly satin.

Thanks for the feedback. Totally agree. I want to sort the helmet foliage as well.

Thanks. Im still tweaking it. I put these figures into their own separate vignette as the Verlinden figures are considerably bigger than the others Im working on (you can spot a few of them in the background of the pics). As well as making vignettes/dios for each unit involved in the battle, Im also doing vignettes to show key equipment used such as the PIAT, the Vickers, the EUREKA beacon and so on. One day I might finish something but Ive been at this for years and keep starting new ones without finishing a thing.

Great job so far. I love the topic of course. I always wanted to make the iconic pic of the mortar crew in Arnhem.
J

I remember you starting a para figure years ago. I was trying to make a boat for an Operation Berlin dio and gave up. Im surprised that companies will make numerous welbikes and other bits of kit that were rarely used but the storm boats were crucial bits of kit in several key battles and I doubt we’ll ever see them in resin or plastic.

Yeah I began building a boat to show the 504PIR crossing during Market Garden but it became kinda overwhelming.
J

Why nobody has made that as a vignette is beyond me. It stands as one of the most courageous actions of WW2.