Another amazing 1/35 scale vignette, pardon, two vignettes, from Darius Miniatures. Check them out. 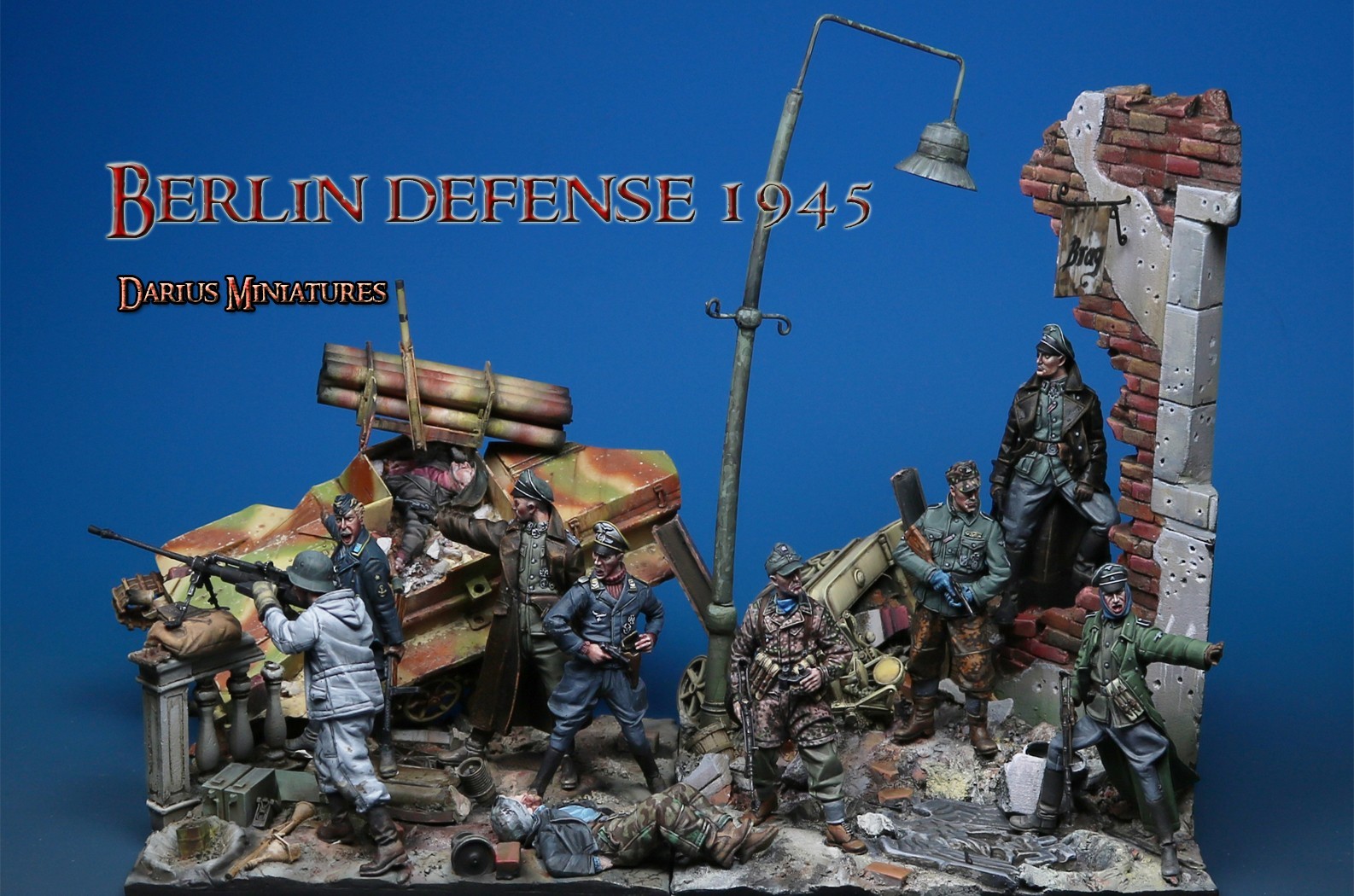 I really like the guy in the brown leather coat however his pose would maybe be better utilized if he were executing someone. Not sure about the guy in the full winter outfit being dressed like that in late April/May Berlin. Defiantly would change the heads on the guys yelling as their mouth/jaw area don’t look right to me. Are those unexploded artillery shells sticking out of the ground?
I think this is a good concept (vignettes that fit together to make expanded scenes) but this one maybe a little forced trying to cram in as much as possible. I see this as assembled for the purpose of showcasing the companies various products (which are all pretty nice)
Cheers,
C.

I agree with creading.

I think the presence of Kriegsmarine, specially a White Cap, which is reserved for vessel commanders; Uboat Commander being the most recognizable, in numbers in Berlin is far fetched.

That being said, renaming it to represent Fortress Brest, or other seaports that the Germans fought to keep, would be more accurate, imo. You would have that smattering of Uboat troops, whose boats were damaged/sunk, Luftwaffe AA gunners, and SS.