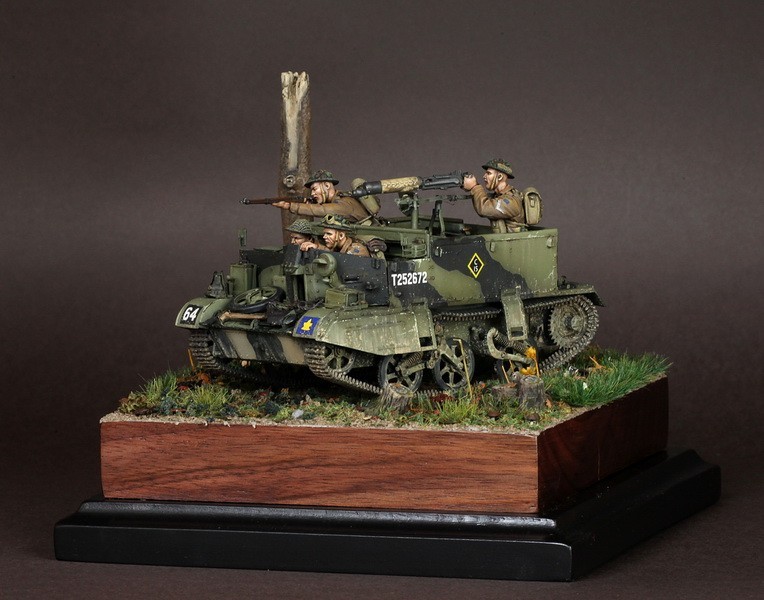 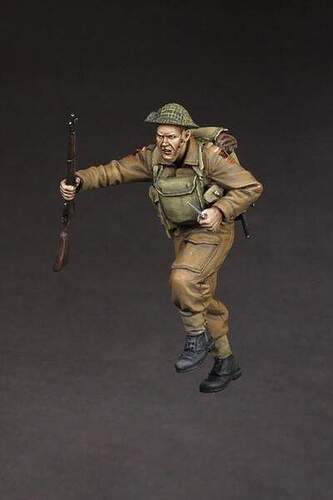 The poses are based on this well known picture. 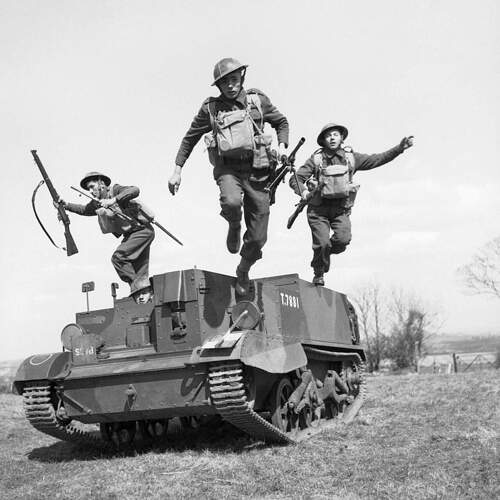 It looks like the soldier in question is actually holding his bayonet and his e-tool handle. I think, but can’t be sure, they are both still in the webbing that holds them.

But yeah not sure jumping out with a knife in that position is all that wise!

I must say I do still like the poses though, quite dynamic and nicely sculpted.

In the original photo the front figure is leaping out with a Bren gun, not a Sten. The figure to the left is holding the spare barrel for the Bren, so is obviously the No 2 on the gun. Carrying the Bren gun is of course the original purpose of the “Bren Gun Carrier”! While I like the poses and the anatomy of the figures, the helmets look “odd”, they are either too small or misshapen IMHO.

Ah- a spare barrel- that makes much more sense now.

Agreed, they are sitting too high…shave a little bit of the top of the head and they should sit down a bit better! Carrier crew helmets look okay though…

The carrier in the picture of the models its decals represent a Canadian Army Bren Carrier. I will have to check my references to say which Division is represented on the model.

The picture doesn’t have any specific markings other than the T- serial number. For that I’m not sure about but other Canadian Overseas Army vehicles serials started with a T also. I will look around and see if I can find anything else. The picture appears to be one taken during a demonstration exercise.