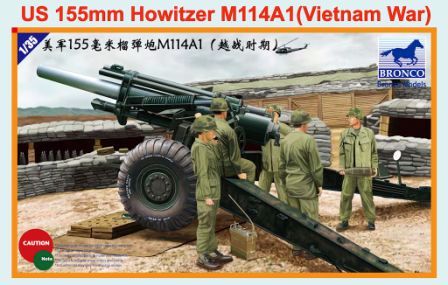 So my AMPS club picked arty as one of our next club builds and I have had this kit “in progress” for about a decade. Don’t remember why I stopped working on it but she is long over due to be finished. I will have to figure out where I left off with the build. I plan once finished to give the kit to a Marine buddy who was a gun bunny for a time. The local Marine Reserve unit was a arty unit before becoming supply I am told. 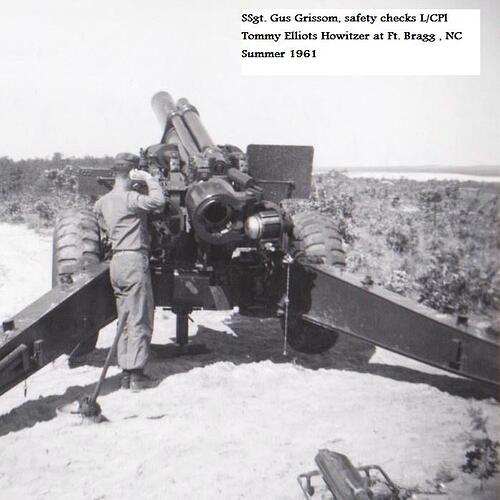 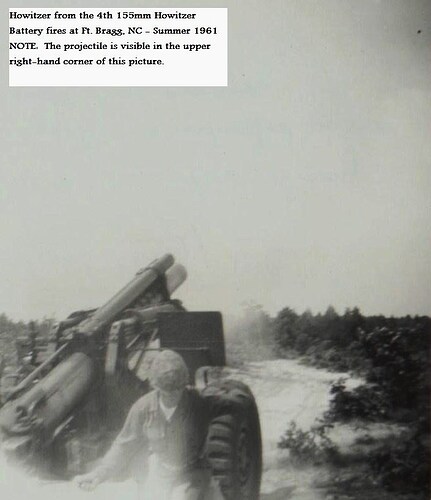 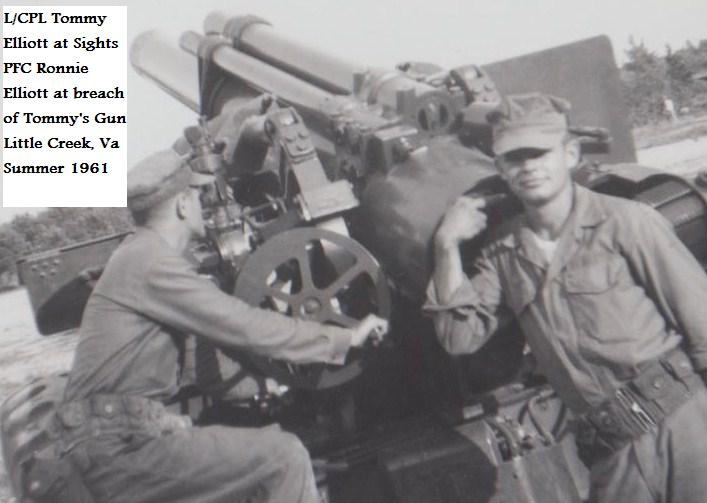 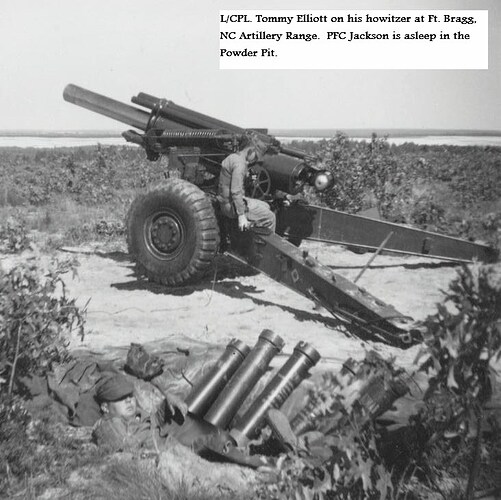 My current confusion is what figures can I use to represent the SSgt or LCpl for a small dio?

…what figures can I use to represent the SSgt or LCpl for a small dio?

They are wearing OG107 Fatigues, which, unfortunately there are almost no figures wearing them. The closest is the old Tamiya 107mm Mortar Crew and US Command Group figures. They are pretty weak and need work, but can be used. 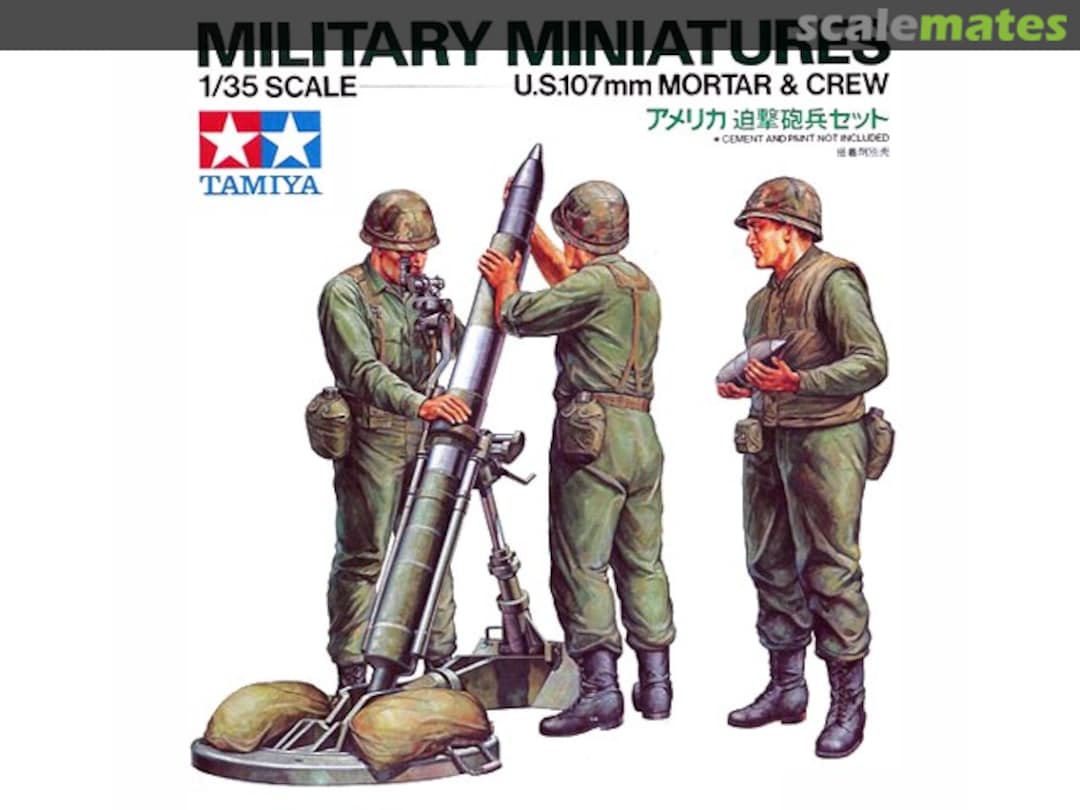 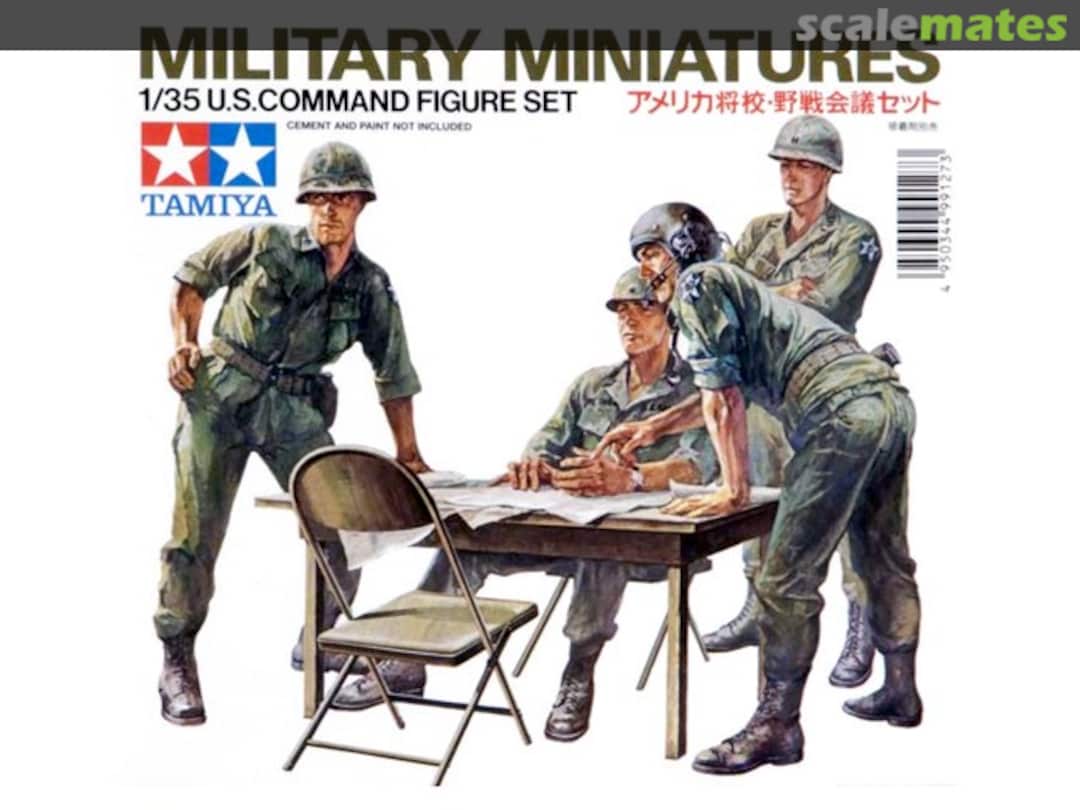 if your doing a basic stateside unit, then just use Korean War figures. The uniforms didn’t change all that much. The only noticeable thing I can think of is that some didn’t have cuffs on the shirts and others did. I have seen both in use at the sametime.

if your doing a Marine 155 unit in Vietnam, of course you have to use the Marine BDU’s. Still you might see a Marine gun manned with guys in the standard BDU’s and then a guy wearing jungle fatigues. Marines were big on flak jackets for some foolish reason.

That Bronco kit begs for the metal barrel, but unless your doing the oddball 100+ that were ordered by the Marines; then go with the M1 barrel. The photo with the open breech depicts a very early howitzer (cannot tell how early by not seeing the jack). The hand wheel in the photos seems larger than life, but it obvious that it correct. That breech is a very early style breech, and those never went into combat much. No big deal as the main difference that the threads were hard chromed. Later they reshaped the mushrum head to be a little more rounded. And even later all pieces were hard chromed. The photo in a full 60" of recoil tells us that he’s just shot a charge seven white bag. Note all the sand kicked up! He’s also violating the number one rule about being an AG. Never ever hold onto the lanyard! Also looks like he’s stradeling the trail with his arm on the wheel. If the howitzer jumps out of the ground (and they do) he’s not going to be feeling very well. Between the trails can be a very dangerous place if your in error.

Lastly; in the box art we see them using a radio. They learned real fast in combat that radios are very problematic in combat. They don’t like the concussion, and are easily jammed. They like the basic field telephone hard wired to a source. They’re pretty much jam proof. I’ve seen one gun crew load from the right, and that’s insane! Load from the gunner’s side. If he get’s in the AG’s way (and he will), somebody is going to get hurt extremely bad. The guy just standing there should have the rammer’s staff in his hands, and be right behind the loader. That round weighs 98lb.!! The illumination rounds can weigh a few more pounds yet. The whole idea is to hurt the other guy and not yourself.
gary

Damn! When I saw this I thought there was an injected kit of the M114 Command & Recce carrier nigh. I still haven’t the courage to tackle my Accurate Armour model’s resin tracks.

Thanks Gino and Gary.

I will look around for what I have with that information. I do have Bronco’s metal barrel mainly cause my buddy said theirs where silver/chromed and I wouldn’t have to paint the plastic that way.

just make sure it’s the early barrel. Not the one with the groove cut in it near the muzzle. Both are correct, but one seriously limits you. Why don’t you do a Marine 155 at Khe Sahn or near Phu Bai?
gary

This is the barrel I have. 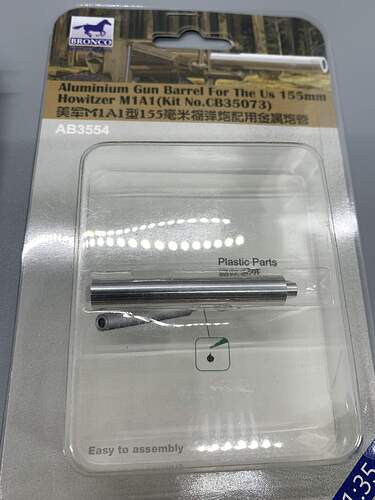 While worthy projects, my buddy Gary (who I believe took the photos) or Tommy (who I met and sat next to at our MC ball last year) in the photo will be getting the kit when completed.

Where the project stalled all those many years ago. 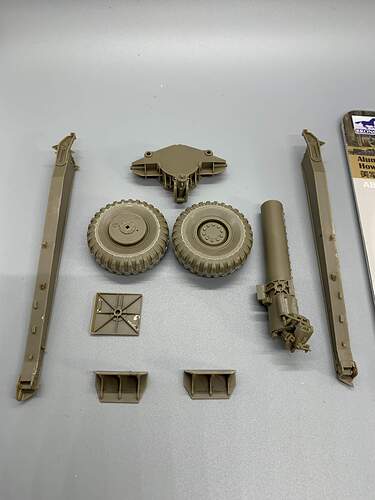 Yes, that is the correct barrel.

Thanks. Would Tamiya XF-11 or 61 be a close color match for the dark green used?

I’m not a Marine, but have a little respect for them. It will never be proper to call out a fellow I-Corp rat, but we do it all the time anyway. Reason I said Khe Sahn was purely simple. They were one of a handful of units that did real life counter battery fire. I’ve done it a few times and it’s a right of passage in the arty world. May not sound like much, but it’s like an award that the other guys don’t get. On the other hand I don’t recommend doing it. The Phu Bai guys were maybe the first (if not one of the first) 155 units in I-Corp. That becomes a seniority thing with the others. They started out with junky SPG’s and after all were trashed moved over to 105 and 155 towed guns. Met a few over the years and everyone of them were great people. I was asked by a Sargent Major what counter battery fire was like, and I said another pair of ruined shorts. As bad as it sounds; you got something on the other guys (like growing that perfect handle bar mustache) that can never be taken away. That why I respect those kids at Khe Sahn!
gary

You’ll have a tough time with that mug HA HA. Never seen a face like that in any figure. If anyone can pull it off though, it’s you.

Damn! When I saw this I thought there was an injected kit of the M114 Command & Recce carrier

I was thinking the same thing…

Like the confidence but I am no sculptor. I will be happy with a close uniform.

Yep, mad props to those guys. I am sure a future project will focus around Khe Sahn.

When it became my turn for R&R,(April 68), I went thru Da Nang. I noticed that almost everybody I went with was a Marine, and Da Nang was a new place for me anyway. Turned out that most of those Marines were from Khe Sahn. Guess they all earned an R&R
gary