saw this photo of a small shack and decided to try and replicate for a Vietnam diorama. I just think it screams character. 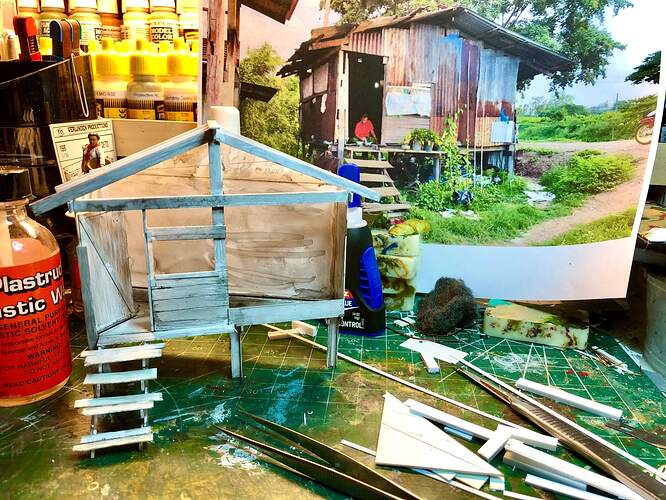 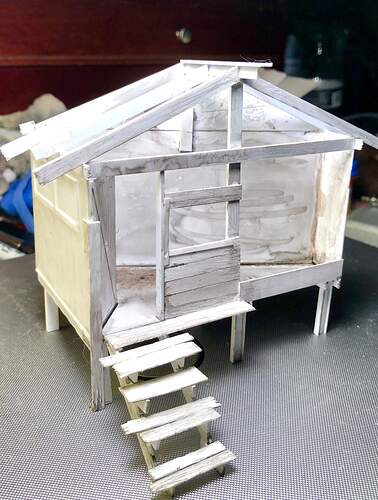 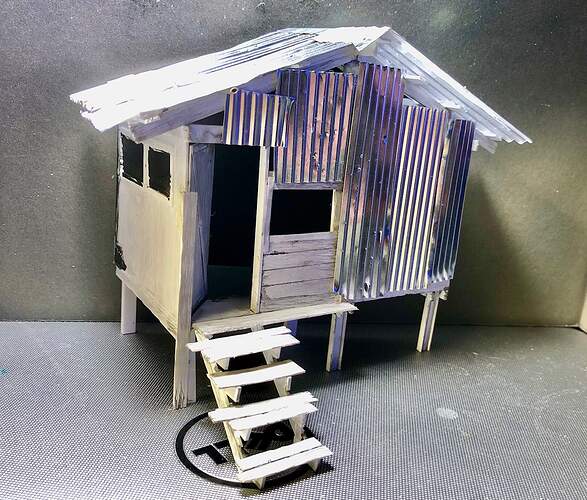 Lots of small details like curtains to add next. Will try to start painting in the next day.

Wow. That really looks the part

Great work, looking forward to see the next steps.

Really looking good- you’ve captured the look and shape of the shack in the photo.

Looks to me like you are nailing the prototype!
Well done Sir!
J

Finished the basic structure. Getting ready to prime and then start painting. 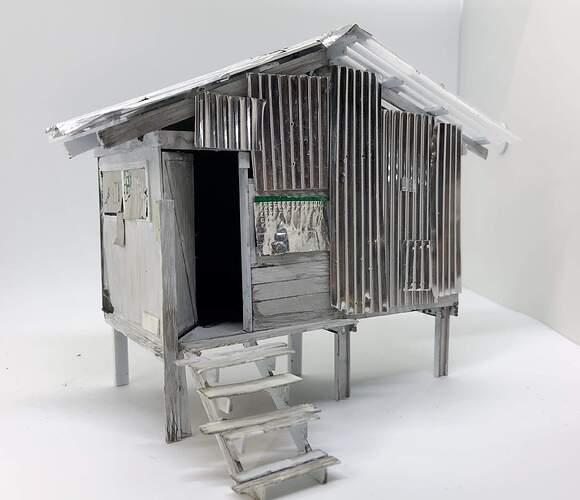 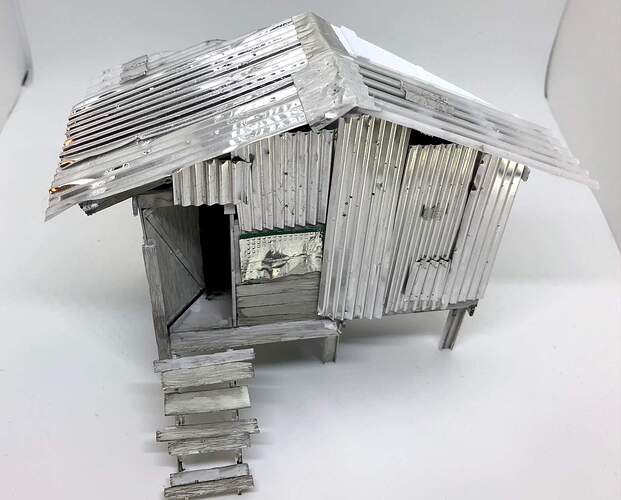 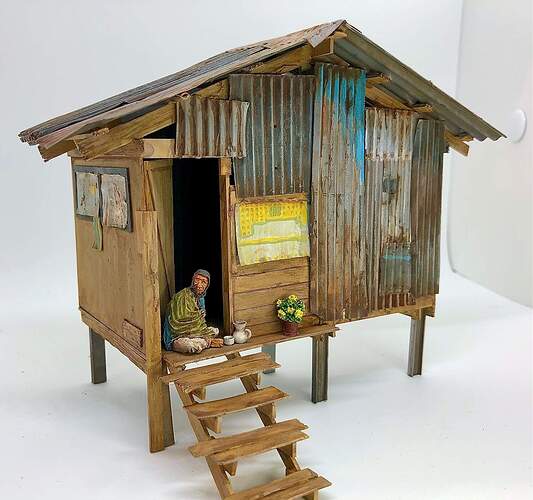 Wow you’ve really done a fine job on that. The corrugated metal looks very realistic and the touch of faded color is ace. Small things like the calendar (I think) on the wall and the flowers really bring it to life.

just use your imagination, and you’ll be just fine. No two were exactly alike. Being on stilts puts it close to a river or even the ocean, Most were on the ground with dirt floors.
gary

Very nice really need to try my hand at building one as I need it for a planed diorama.

I remember one little shack that had metal panels, but they were flat. Looked to be beer cans (labels were printed) before they were cut out of the sheet. Always wondered how they got the sheet…

we had a couple back on Highway One that were made of flattened Coke Cola cans. Still can picture those red cans with the white triangles on them. Have seen them made of broken down 105/4.2" ammo crates pulled out of the trash dump. When you pulled up stakes out on an FOB you thought nobody was around or near you. With in an hour they’re carrying off anything they can think of a use for.

Hill people never used left over stuff much at all, and there were no trash dumps in their neighborhood to speak of. Everything was bamboo , banana leaves, and thatched roofs (rice sraw). I did see one large hooch they built out of dirt filled fifty caliber ammo cans near our base camp. It still had the thatched roof like all the others. They must have been higher ups in their grouping.
gary

That is very nice indeed and really gets my attention