Here it is, the first Leo variant announced from Rye Field... a Canadian Leo 2A6M. 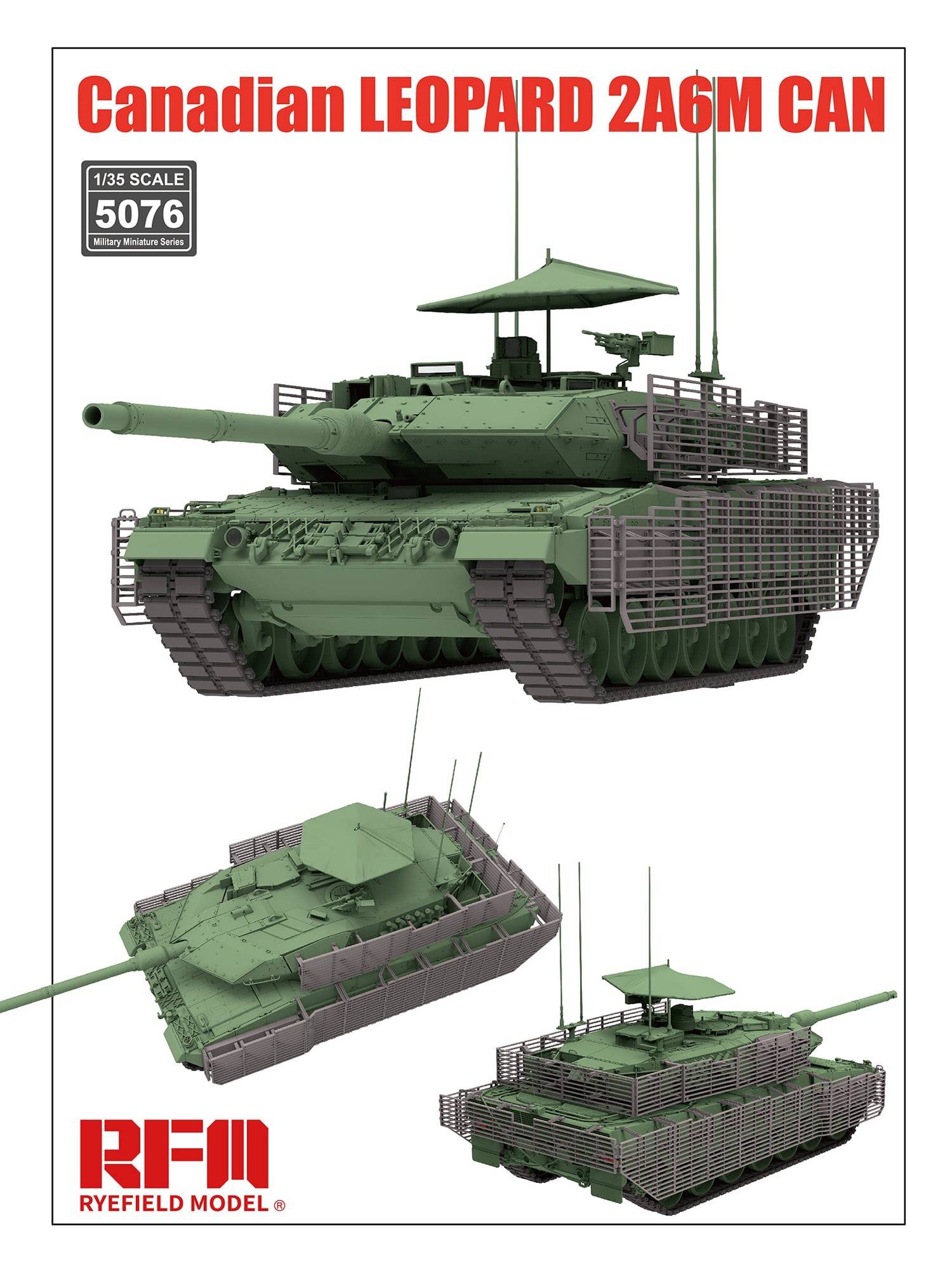 This is partial text from the full article (usually with photos) at https://armorama.com/news/canadian-leo-2a6m-can-from-rfm
1 Like
DennisatAutoloader June 25, 2021, 11:46am #2

A full interior looks like it’ll be fun to build! The umbrella too

I hope that some companies seriously consider making Canadian tankers and troops in styrene now, as the only options are resin, and there are few at that. Also, please, please include an option for barracuda

With a full interior, I hardly believe that there is room for the Barracuda option.

Shut up and take my money RFM!

YES!!! This looks amazing!
I can already see it happening… a cut away showing half of the interior and the visible exterior being covered in Barracuda!

Yes! As we well know the average Canadian tanker cannot function without his double double.

Have another look at the photos. There are actually 2 kits being released.

Curious why they wouldn’t do what say Miniart does where all the interior parts are on separate sprue. Then you can do every version as interior/no interior and offer the interior as a stand alone kit if you want

Seems like you are losing money if you aren’t offering an interior when you’ve already made the molds to make it. Maybe I’m missing an important piece of the puzzle

I’d imagine it’s probably because you’d need to buy two kits to get a 2A6M with full interior, but then again I don’t work for Rye Field so this is purely conjecture

I doubt it is the case. RFM usually makes both style for all of their model. Maybe our Leo2A6M has a slight different layout that they want to take more time before release?

Just like how the RFM Tiger mid interior was released much later after their Tiger Early interior, even though the none interior versions were released quite fast back to back.

Curious why they wouldn’t do what say Miniart does where all the interior parts are on separate sprue. Then you can do every version as interior/no interior and offer the interior as a stand alone kit if you want

They already did with their Tiger and Panther kits. My Tiger Mid kit has all the spues to build the early and even the late version interior. And each of their kit has w/interior and w/o interior offer. If they didn’t release right the way, it is because there are differences to be modeled.

Fair enough. Good to know. I might hold off for the interior version