Last project of the summer, I converted Meng’s FT-17 into a Canadian M1917 using the FC Modeltrend conversion kit. 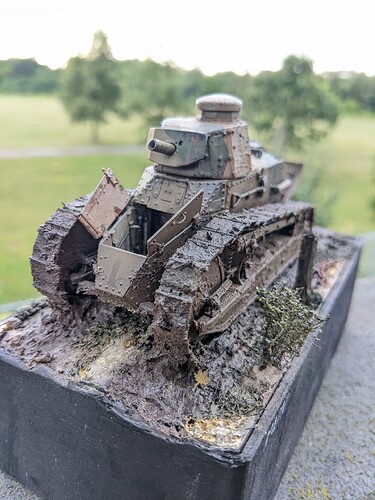 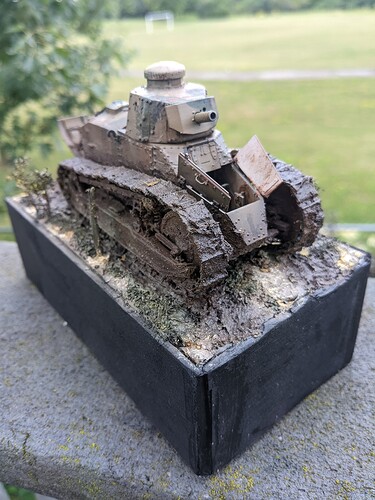 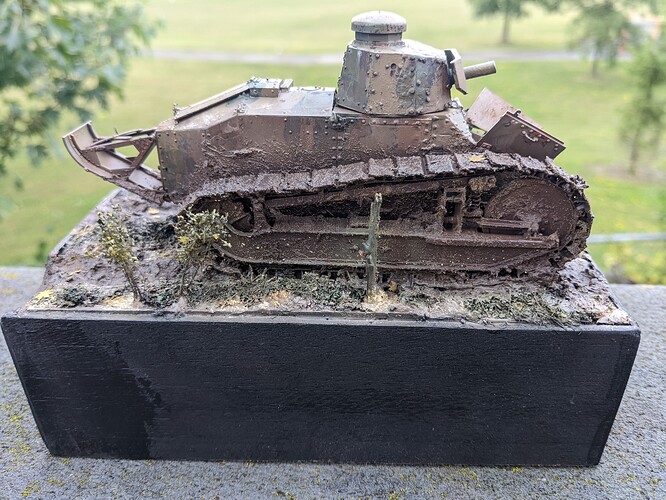 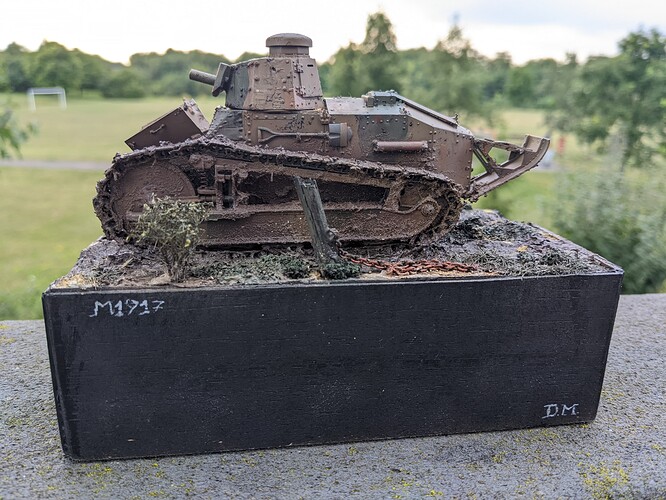 Wow that looks fantastic! I didn’t know we used the FT-17

Looks great. Any build issues with either?

Looks really nice. Good job on it. What did the FC Modeltrend conversion entail?

Great little tank. Very well done on the weathering & base.

Thanks everyone! To your questions, yes, I used the FC Modeltrend 3in1 conversion kit in 3d printed resin. While the Meng kit built up quite nicely, the Modeltrend parts were meh. They were absolutely covered in layer lines (odd for a resin print), warped in places, much of the rivet detail was smushed, no instructions whatsoever, and none of the parts save for the hooks and exhaust actually fit - the turret and hull parts were so dimensionally off I had to basically remake all of them with putty, brass sheet, and rivets. However, I’m not too upset because now I’ve got an extremely unique model (to my knowledge, only one other Canadian M1917 has been built) so there! I would say it’s worth getting if you are dead set against scratchbuilding, but that’s about it.

Nice unique little build. It may of not been the best, but you pulled it out the bag. Lovely work

Did you not have these instructions? 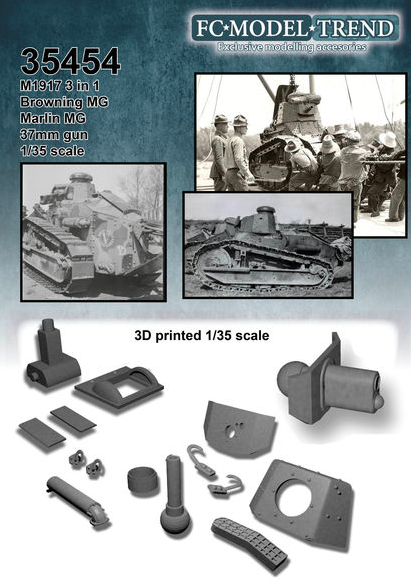 Did you not have these instructions?

I received a piece of paper with a cad outline of the parts, but that was all. I would say that, considering that I’m a novice modeller, perhaps this was down to my lack of skill with aftermarket parts. You’d have no difficulty @Tank_1812 , though the print quality was one aspect that’s definitely on the manufacturer’s end. 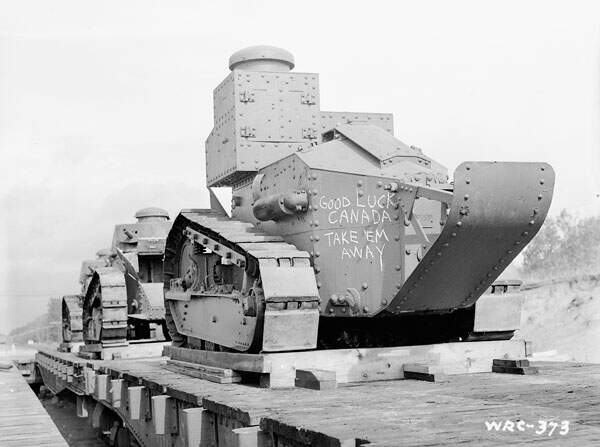 In the fall of 1940, 236 surplus vehicles from the United States were purchased for $240 a piece (the price of 6 tons of scrap metal). The tanks were “unofficially” destined for the RCAC training school at Camp Borden. Officially, the “Camp Borden Iron Foundry” received 1500 tons of scrap metal, maintaining the neutral nation status of the U.S. and allowing the basic training of tank crews. History’s so cool.

@DennisatAutoloader Really nice job on the conversion and build. Love the maple leaf on the ground, it’s a great touch.