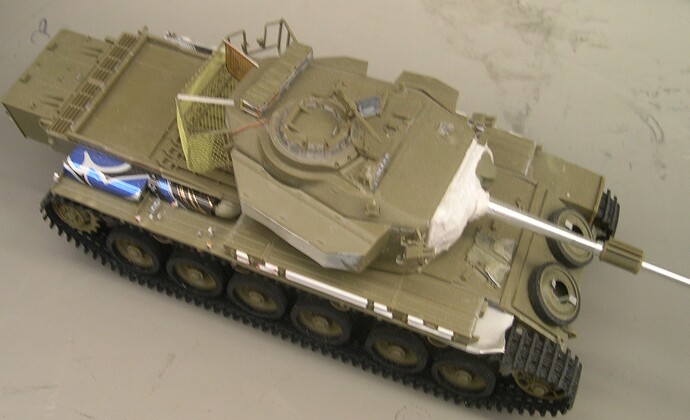 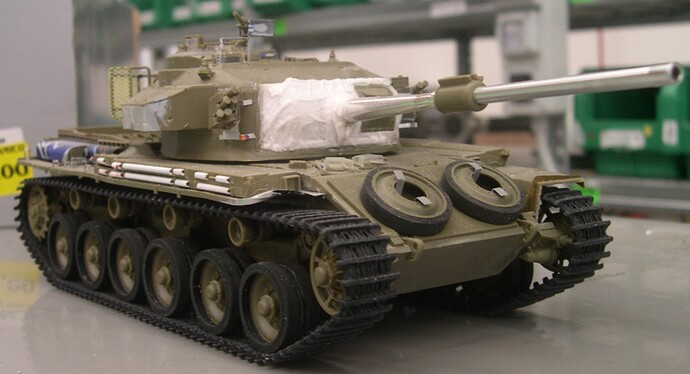 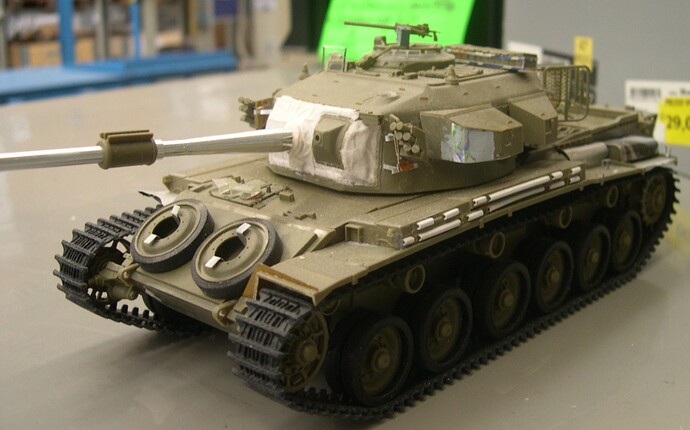 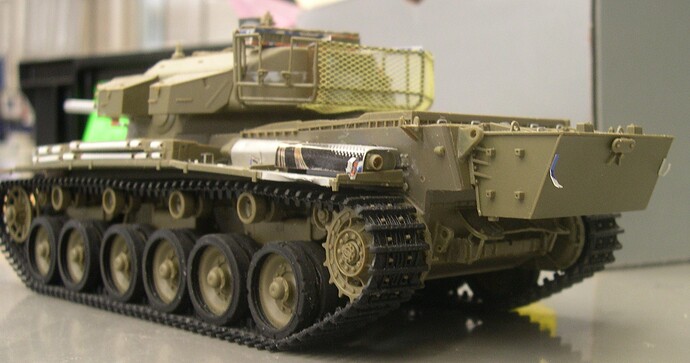 Good start. This might be of interest? - My Beaut Aussie Cent - Armortek -

Do you ever sleep? You seem to produce about 3-4 new vehicles each week. I am starting to suspect that you are a Cylon or something.
Ken

ih oh
no, i’m not an engine of Wright…
As you can see tecnique and models aren’t at latest fashion
I simple show you mixed old and new jobs.
now I’m modelling very slow but I’m happy to share with you all my adventures.

I am starting to suspect that you are a Cylon or something.

Brilliant lol… I was thinking the same.
I love the drink can repurposing.

Happy to be corrected on this but I believe that by the time the engineer stake was being fitted to protect the latches of the trackguard bins, the SGDs had been dropped from the turret, as it was found very early that they tended to be snagged by vegetation when ploughing through the ‘J’ (jungle).

The rack for .30 liners on the turret roof also had a bulge in the side rails around the middle of the rack to accommodate a PRC-25 for comms with accompanying infantry at the expense of a couple of liners.

There’s a guy that posts on here every now and then named Russ or maybe Gerald (i think). I’d say he knows more about the Centurion in Vietnam than anybody I’ve run into. He found a lot of errors in the AFV kit, and did a magazine article on how to correct it. Been years since I looked at the article, but it was fairly extensive.
gary 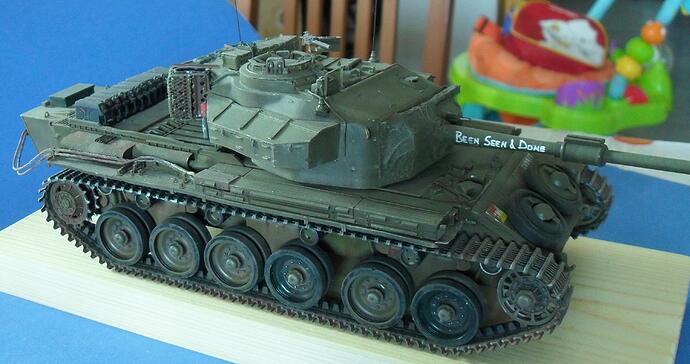 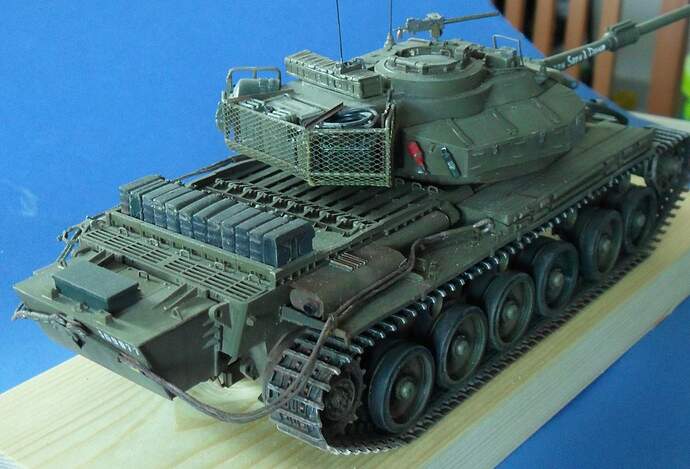 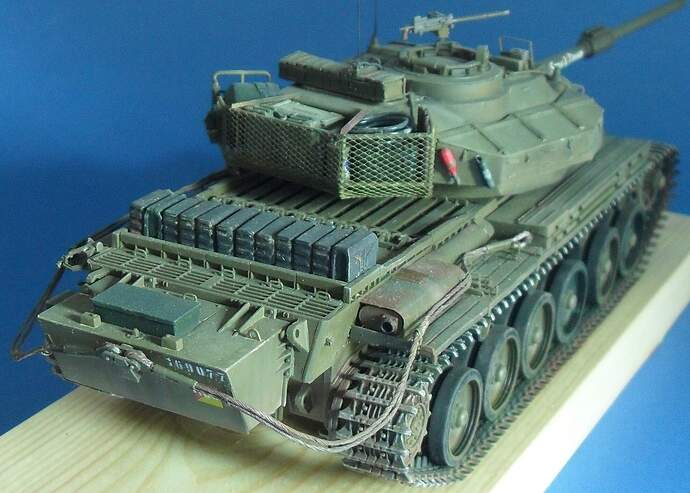 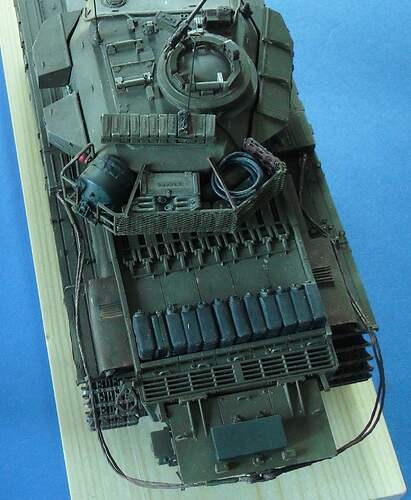 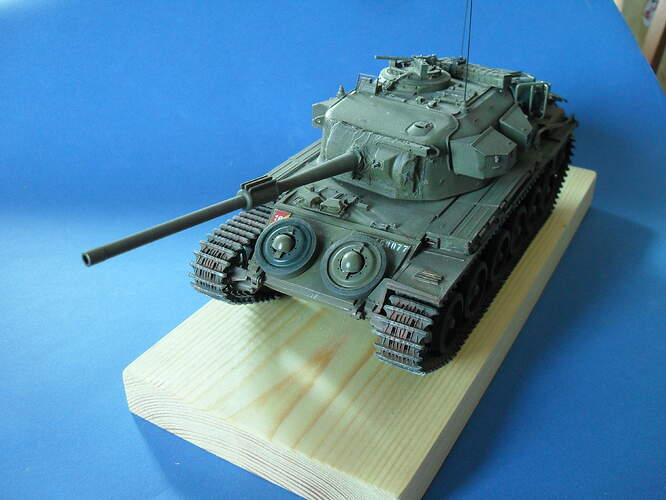 Nicely turned out. A great addition to anyone’s collection.

the PRC25 radio was the go to radio for just about every field deployed unit thru out the war. Tracks carried another radio set that was capable of much longer range. Then the recon and command tracks had an even better radio set inside. S.F. and a few other units also had the laser radios, but strait infantry and tanks didn’t get this radio. CAV units often used another tank placed out of action on a high spot as a radio relay unit. The further west you went, the more you needed somekind of a relay system. There were actual dedicated radio relay sites all over the place, and the trick was to make good radio contact with them. Then you were in good radio contact for at least forty miles.
gary

The AN/PRC-77 entered service in 1968 during the Vietnam War as an upgrade to the earlier AN/PRC-25. In physical appearance there was no difference. It differs from its predecessor mainly in that the PRC-77’s final power amplifier stage is made with a transistor, eliminating the only vacuum tube in the PRC-25 and the DC-DC voltage converter used to create the high plate voltage for the tube from the 15 V battery. But, these were not the only changes. The PRC-77 transmitter audio bandwidth was widened to give it the ability to use voice encryption devices, while the PRC-25 could not.

you may be right, but a PRC77 radio in 1968 was unobtanium in country. If we DX’d a radio, you would get another PRC25 (we DX’d them all the time). The first week of Feb. 1969 I flew to Da Nang with three radios that didn’t work. The Shop was a Marine repair shop, and every radio in their shop was a 25. Handed him a quart of Canadian Club, and promptly went to the safe house. Came back four hours later and was good to go.

They might have used the 77 radio in Saigon in 68, but not in the bush. From what you posted, it sounds like a better combo than the 25. Yet I know of nobody using them. S.F. would have been high enough in the food chain to get them, but they used two different radio systems. That laser one and the 25. Most A team recon used nothing but 25’s. SOG guys used the laser most of the time. LRRP’s used the 25 with a relay site. 101st used PRC 25’s. I DX’d several at the main radio repair place in Chu Lai, and as late as November they had nothing but brand new 25’s. The big radios used on Jeeps and tracks went to another place, and was only in there once or twice. As for radio frequencies; you didn’t stray far from the fire push. There were two or three used, but in the end you got to use two. One was known as the alternate, and a few questions were asked as to why. Apache Six monitored all of them at the same time, and would also serve as a relay site in a pinch.
gary

Speaking from experience I see Terry. Nice to see you pop in to these Forums. See you Saturday?

Australian centurion deployed to Vietnam in January 68 and fully equipped to their complete equipment schedule before leaving Oz. By the time I got there in November 70, the 77 set were mounted in an angle iron bracket beside the commander’s cupola. The tank had by that stage been very heavily modified and in reality no 2 were the same.

thank you for the directory
I spent a lot of time to research correct information.
I hope that result is apreciable… for me a lot of fun and a lot of history

Nice model
Did you happen across the book “Canister, On, Fire” by Bruce Cameron, 2 Volumes. Almost a day by day account of Australian Tank ops in VN, very good book.