A job for RFM?

There is already a conversion for Challenger 3. Good to know.
https://www.ams-paints-and-accessories.co.uk/pages/shop/product.html?product_id=118057746&show_category=&show_subcategory=&search_terms=&sort_order=&page=2

Tell us when you have it, I am interested, too. I just asked for shipping fees to Germany.

Right - as this is the “Model” bit not the “real thing” bit I’ll post these here; this is what you get from Scottcast re their 1:35 Conversion kit for the Rye Field Models Challenger 2 (ie to make a Challenger 3): 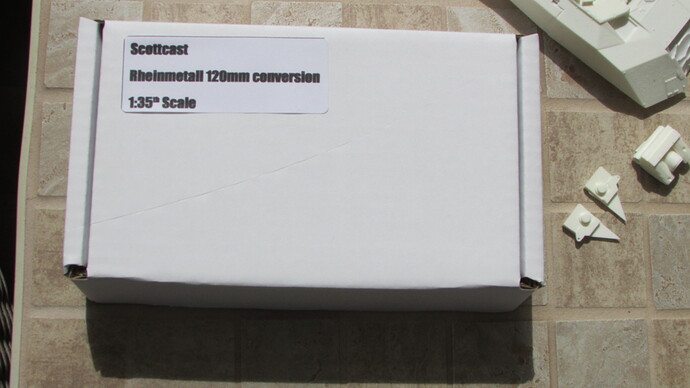 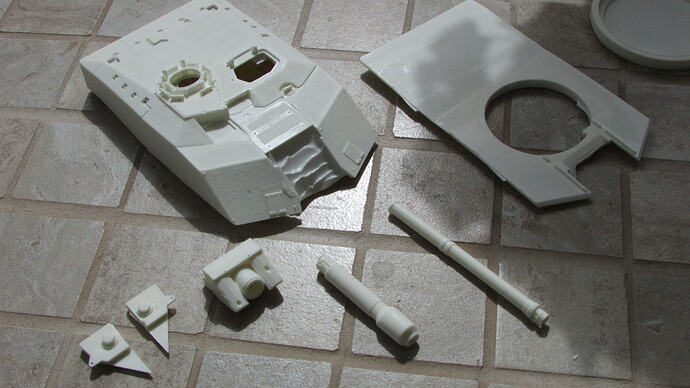 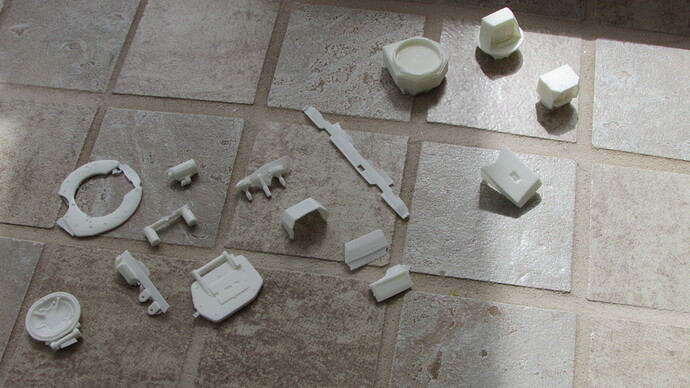 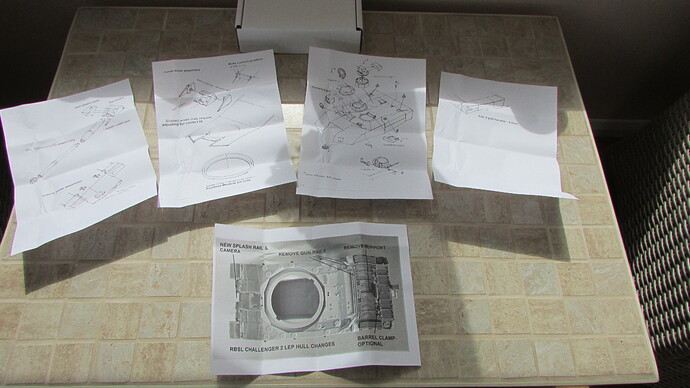 The box is quite sturdy and the parts all come protected by bubble-wrap; parts are cleanly cast and I don’t foresee many problems with the conversion. The turret floor, being quite thinly cast, was a little bit distorted but I should think that will disappear during assembly, even if it has to be held in place whilst whatever adhesive you prefer dries.

A modeller had made one of these over on Track-Link (which is what triggered me to the conversion in the first place) and I think he’s made a pretty good job ot it:

I think the price is about right for resin conversions.

But it would be easier if RFM provided a complete kit

Thanks for that, very interesting to see! I might have to get that one after all.

Can you show how they addressed the blow-off panel on the turret roof? Not that I’m planning another Chally…

As far as I know from what I’ve read and picked up the hull remains the same but the engine is due to be changed. So there maybe some changes to the engine access decks.
Hopefully like you said RFM will bring one out soon.

This document shows all the mods planned for Chally 3. 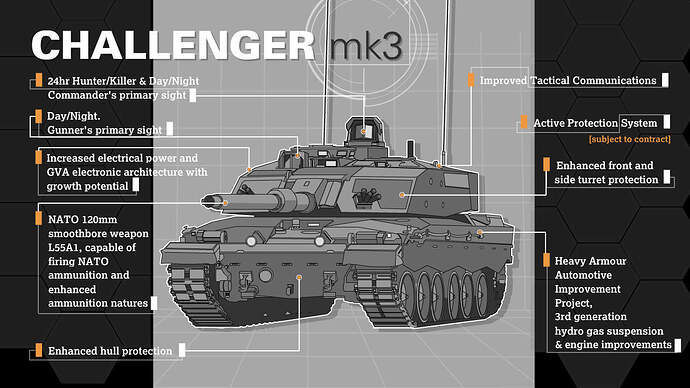 Tom, I was unaware of the plan for blow-out panels in any case; having scrutinised the kit I see nothing that would necessarily identify such panels save that there is some delineation - which may of course be what you’re after.

What the kit does come with is a Driver’s TV camera module on the glacis/hulltop/hull bottom join. This doesn’t appear on the released images so far, or at least as far as I’m aware.

That’s why I was wondering - the vid shows an ammo locker behind the loader (like in a Leopard) so I assumed for safety there would be a blow-off panel to keep any cook-off from wiping out the turret.

One question for the educated audience: As far as I understand is the Theatre Entry Standard (TES) Chobham and Dorchester armour plus bar armour standart equipment for the british MBTs which would be fitted at a “hot” conflict. Will/Could this extra armor also be applied on Challenger 3? I have the RFM Challie 2 TES and Scottcast´s Challie 3 turret on the way to my storage - would be a nice conversion

Since the hull of the Chally 3 haven´t been changed, it would say yes. Not sure about the turret, at least they have weld on the studs to attach the armor.

There have been advances in armor from unlikely sources and not just official government R&D. For instance, some citizen mixed chemicals and found out amazing heatproof properties and informed the government. If the information is shared within NATO is another issue as some nations keep these inventions to themselves.

There has been new thinner ballistic glass that is much more effective against kinetic penetration than the huge MRAP bulletproof windows for a fraction of the weight.

In regards to metal armor, such as steel, there have been better anti-penetration mixes with other metals and powders, but weight is still a problem.

Of course talking about armor is highly classified within the Army and often regarded as Secret to Top Secret.

And that is what is holding back the future main battle tanks from being developed is the armor-to-weight ratio.

Yes I’d be interested about this too as an APS suite would, I think, also change the shape just as bar armor would. There’s also the obvious lack of crew manned weapons on the turret- what sort would be added- as in would they have extensive shielding or are remote controlled weapon stations being looked at? In terms of making a model there’s quite a few things to think about!

Finally here! Thanks to A.M.S Paints and accessories for a smooth order from UK to Sweden (EU). 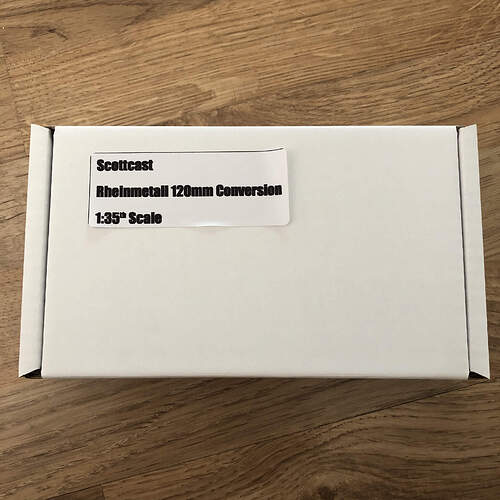 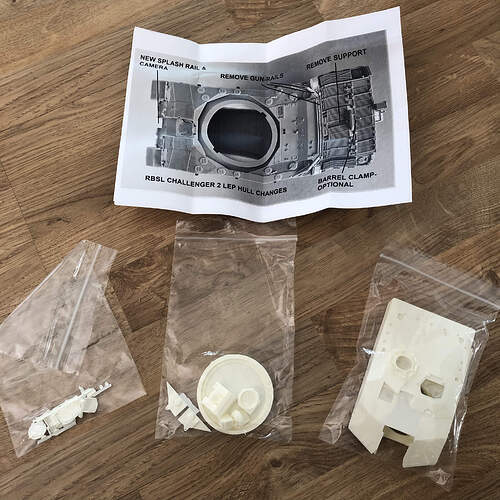