I was going to ask what the ring is for on the hull end of the latch, however, I then found a photo of a padlock fitted on the ring. But how does that work - the ring seems to be static, with no connection to the latch, apart from proximity?
Or is it just that the cap handle ring folds over the latch & the padlock prevents it from being lifted, the cap then can’t be opened?

While looking at the fuel caps, found one painted red - US based Mk11, Cambrai. Seems more an anomaly, most photos I’ve seen are just general hull colour. Someone was asking about this a few days back. 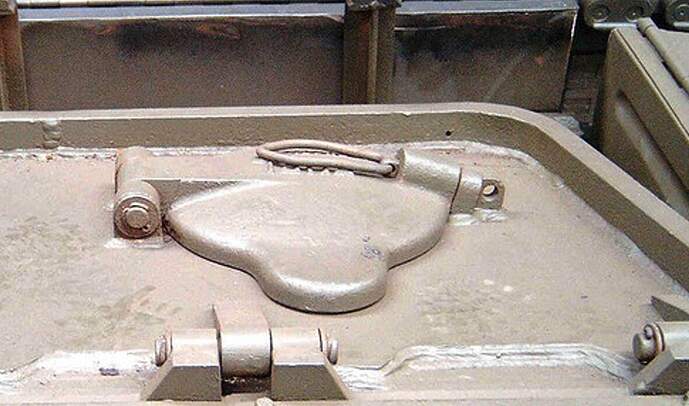 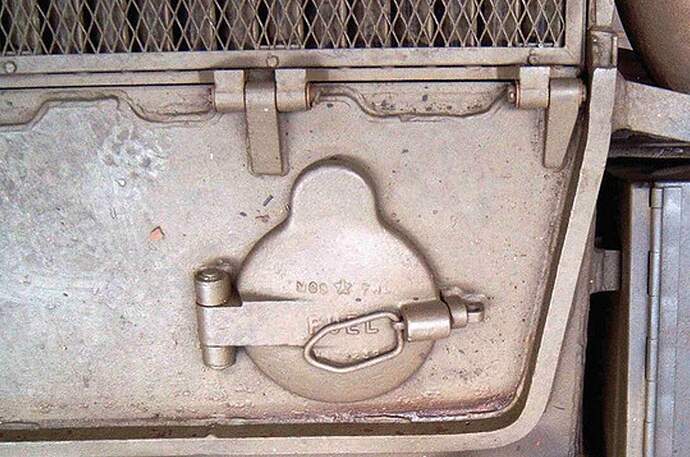 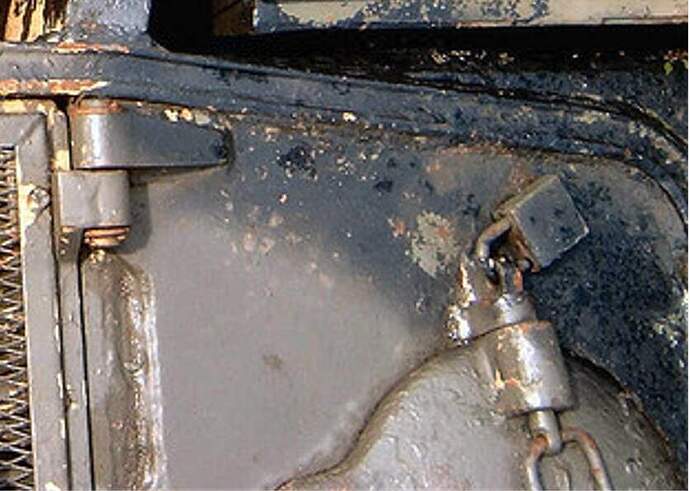 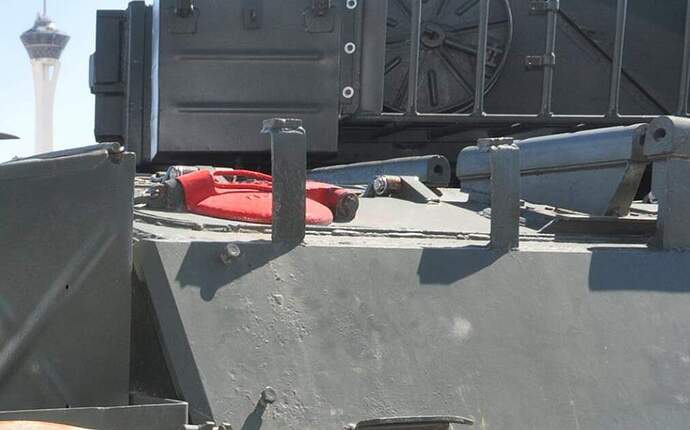 I’ll go with your second option for the padlock operation. The padlock prevents using the pull loop to release the hatch.

The L60 was multi-fuel (as I’m sure you know) but usually run on diesel. Never heard of squaddies needing the filler to be painted so sounds like a civi owner’s mod. Same applies to the fuel fillers on P-51s - commonly red on restorations but not during WW2.

Thanks for that, & the name of the odd ring thing.

The red paint - thought that was a US perversion. Didn’t know about the P51 link.

As you thought Mal.

The pull latch should be flipped over so it lays over the block with the padlock hole in it. This pulls the release pin into its locating hole (the raised lump behind the padlock hole) within the cap housing thus securing the cap in the down or closed position. If the latch isnt flipped over, the cap release pin still sits in its hole (it has a return spring pushing against it) if its been closed correctly, but its not locked in place, and it can work loose and the cap can and did flip open at times, this just caused damage or such to the inside which to be honest was never an issue and rarely happened (in my experience).

As to the padlocks being fitted, that didnt happen with us, there was no point and its just another key that would get lost, so … I never saw them used. Only place you may see a padlock fitted is on a static display tank or a gate guardian- And looking at the pic with the padlock on, I would say its a very old tank and one of the 2 I mentioned just.

Red fuel caps- Not on Service vehicles - private owned only. Hope that helps

Forgot to say, obviously with the pull latch over, this then sits over the padlock block allowing the padlock to be fitted and physically locking the cap down, purely to prevent fuel theft - nothing more.

Another clue to the age is the fact that the wading rail extends round beyond the transverse depression stop rail. When the upgrade programme necessitated two raised lift out panels over the gearbox, a fillet was added at front and rear of the gearbox grilles, which required the removal of the wading rail above the rear plate. It looks as though by then, deep wading had been dropped from British doctrine so it was just removed behind the depression stop rail. You can see that on the last pic.

Thanks guys, most informative. Have made a start on making a fuel cap to replace the Haya ones on my Chieftain. Photo’s when I’ve progressed a bit further.