This is a cracking build of the Churchill MK.III AVRE one of the best I have seen from modelling friend Yanglei Zheng 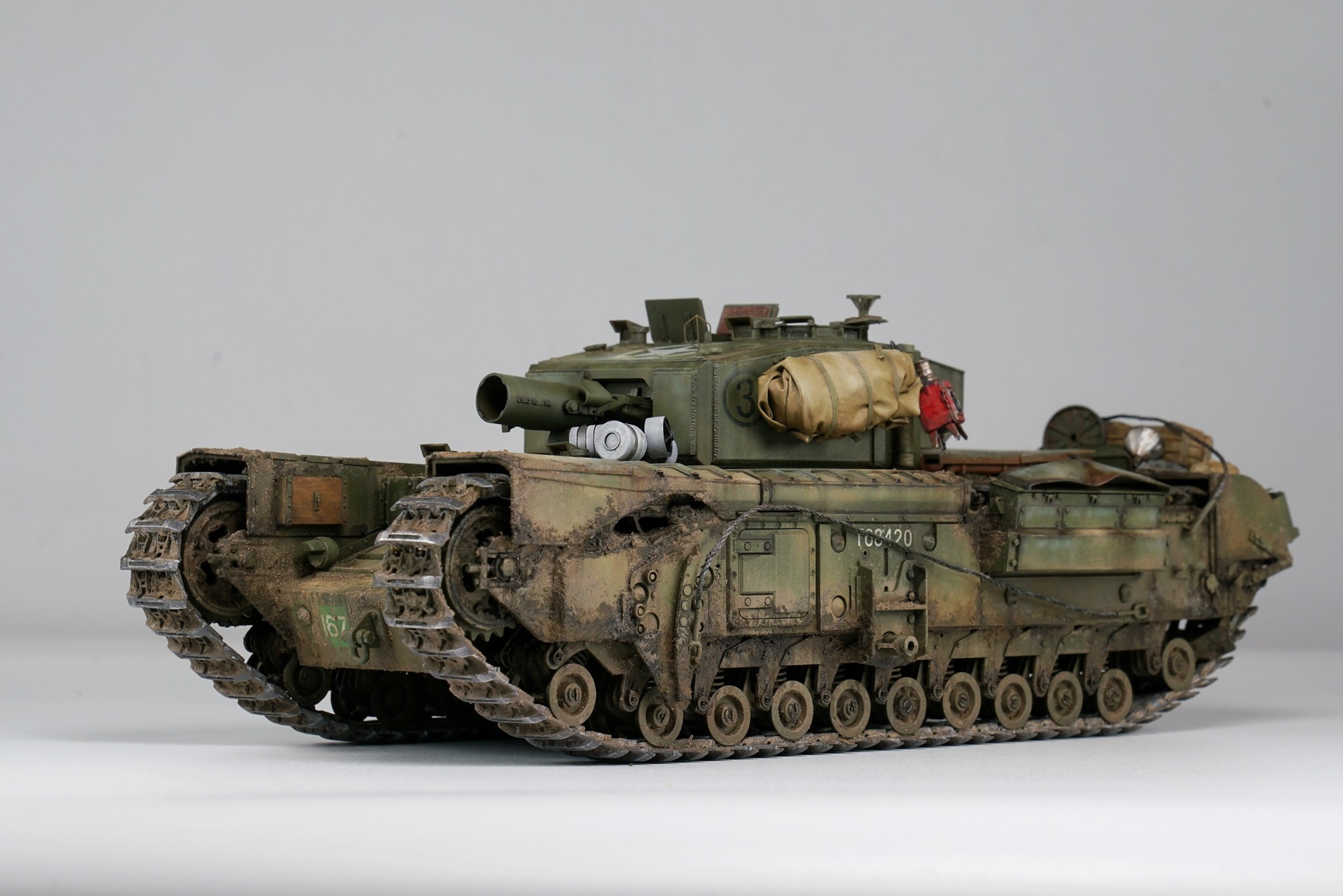 This is partial text from the full article (usually with photos) at https://armorama.com/news/churchill-mk-iii-avre-by-yanglei-zheng
3 Likes
Phil_Steele August 27, 2022, 8:48pm #2

Exceptional detail and your painting skills are superb. Well done.

That is beautiful! Captures an amazing vehicle. The Churchill is my favorite AFV of ww2 and it is interesting. It was the most heavily armored allied vehicles and the way the armor was spaced made it the most survivable of all allied vehicles. They survived 88mm hits more often and there were so many crews that survived in the Churchill being damaged or destroyed, that there were usually more Churchill Crews waiting to be reassigned tanks than any other… The one thing that was really an amazing thing about the Churchill, even when in Africa. You have often seen photos of Tigers and Panthers which somehow ended up in a shell crater that was there before their accident, and had to be abandoned. To give the drivers credit, this was often because a tanking driving buttoned up could barely see the road ahead and especially at night this had its dangers. Well, there were Churchills that stumbled into craters they couldn’t see out of, but the way the vehicle was made, made it possible to drive out of the craters on its own power. Not all the time, but many times. And because the Churchill had low center of gravity and such ample track power, they could climb steep hills no other tank could and this often made Germans and Italians see a hill and think that they were safe with it to their backs only to find tank fire being directed down on them from Churchills. Add thin upper armor to the mix and the well armored German tanks were in a bad, bad position.