Which color plastic water can was more common for the period around 1974-76 for US forces in Germany. Thanks.

Thanks. I’ll go with black.

According to this website, plastic ones were introduced late 1970’s. https://olive-drab.com/od_mvg_jerry_can_markings.php

They were introduced around 1968. Plenty of photographic proof from Vietnam. Here’s a couple on the back of M551.That being said most units in Europe still had the metal water cans in that time frame, 74-76. 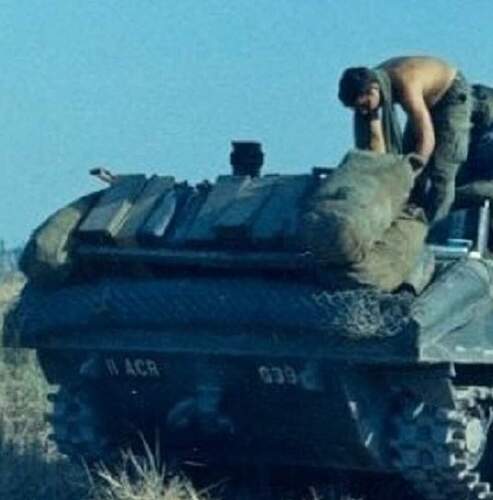 I think we started getting them when I was out on a mountain top later to be named Melon. (we just sub leased it to the 196th). That was probably mid to late June 68. They were a very dull clear, but when we got them in August they were a dull green. They’d fly them out to what we called “Knob Hill” in a net, and all were prefilled. In August we had to fill them, as the Knob was always very short on water. Just to add to this; I count this kid in the picture’s Sargent Major a close friend
gary