I finally got around to taking some pictures of the Tamiya AAVP-7A1 I finished recently. I used the Hobby Fan EAAK conversion, the Hobby Boss indy-link tracks, and some PE tie-downs from a Voyager set. The resin EAAK was a pain to work with, with a lot of warpage and shrinkage throughout. I ended up scratching the large handholds from wire and PE bolts because the resin ones were unusable. I also scratch-built the vision ports for all three station because the kit had solid ports that were the wrong shape (vertical and inset instead of sloped and flush). The stowage is mostly Hobby Fan stuff, with a few other items from the spares box thrown in.

The markings are for an OIF 1 vehicle from the initial invasion. I copied them from a picture, created stencils with Tamiya tape, and sprayed them on to replicate the crude look of the original. This was my first time spraying camo freehand–I think it came out well. It was also my fist time using an extensive resin conversion, which could have gone better (you’ll see some of the EAAK panels are not correctly aligned). 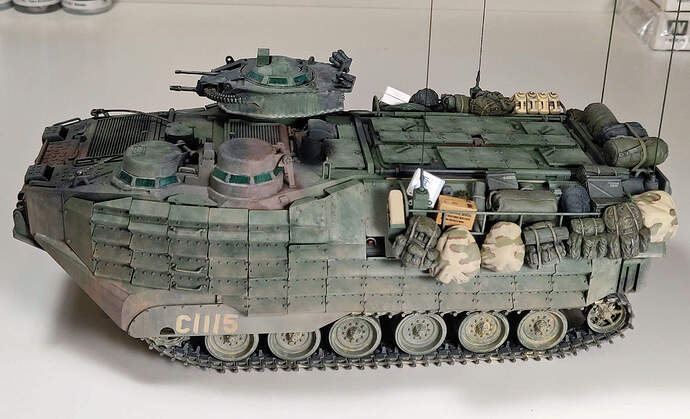 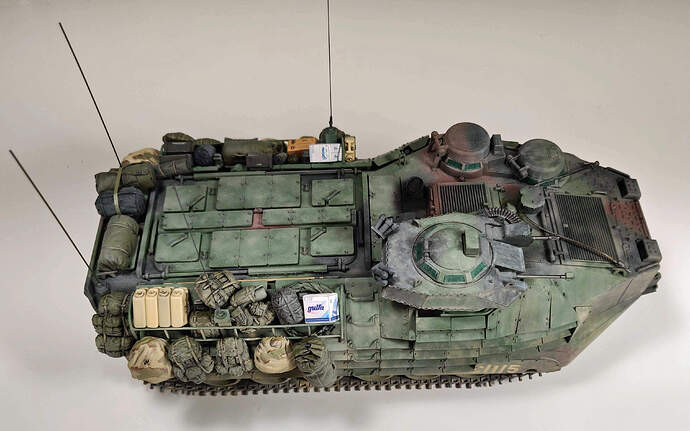 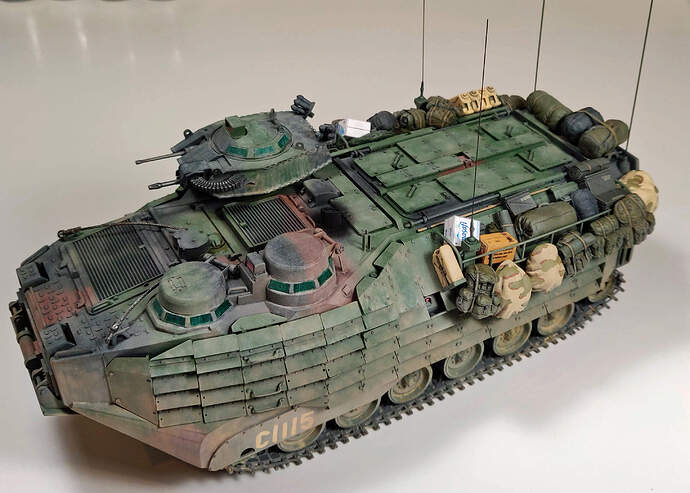 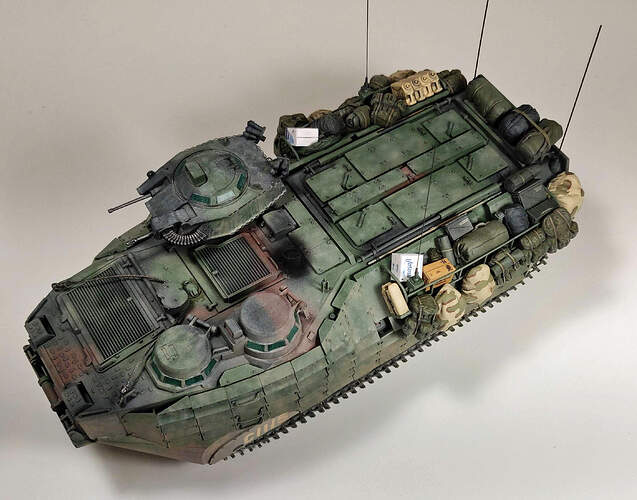 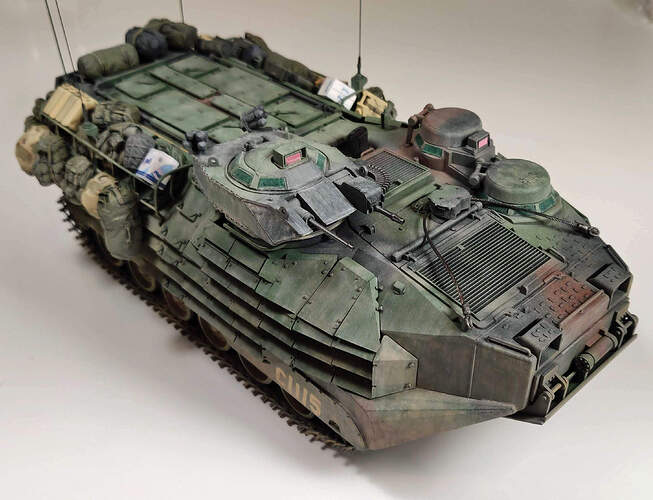 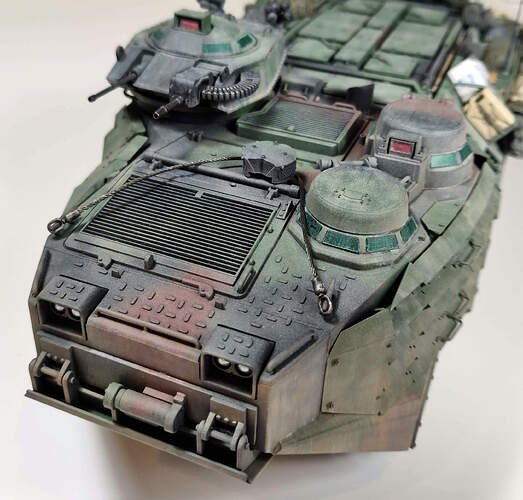 Please let me know what you think and what could be improved.

Looks real good to me. Nothing wrong that I can see.

Beautiful job on it! Great finish and the stowage too.

Great result. I wouldn’t be too much worried about misalignment. I’ve seen pictures of actual vehicles with that problem.

I did the Hobbyboss version. Really surprised at how big it is.

This looks fantastic. Really great paint job and all the stowage makes the scene. All worth the work, an excellent model!

@DeskJockey Lucas, Looks great to me! Very nice paint and I like whole model. A++

Excellent work! It is a significant amount of work as well. I used the same conversion back in 2006 for the son of a friend who served in Iraq. I did his track/unit number etc. and he loved it.

I also had the Hobby Fan full interior as well. Then, of course within a year or 2 Hobbyboss released their kit with everything in plastic…never fails…

Very nice, i have 2 to build i hopes to do a as good work.

Haha! I know exactly what you mean. I also bought the Tamiya kit and Hobby Fan conversion a few years before HB released its version. Now I have four of the HB kits (all different versions) in my stash to build.

Do you have any pics of the one you built? Did you paint it in NATO camo, or overall sand?

I had some photos, but I can’t locate them. It was done in desert tan just as it served in OIF.

Cool! Share the pics if you find them. I’m always interested in modern armor, and tuna boats are pretty cool.

Great work. What I think could be improved is the QC of some of the resin companies. Maybe I lack knowledge of resin production, however the parts that are shipped should be in good order and meet the consumers expectations.

QC varies … A LOT …
I once got large resin pieces for a AVLB bridge from I-Corps (home cast by someone)
One of the bridge sides had a big lump of resin, big as the outmost segment of your little finger.
The explanation came two or three bridge sides further down in the box, this side piece had a similar shaped lump of rtv-rubber stuck in the same place.
My guess is that his mold broke. The piece with rtv-rubber was the second to last and the one with the resin lump was the very last …