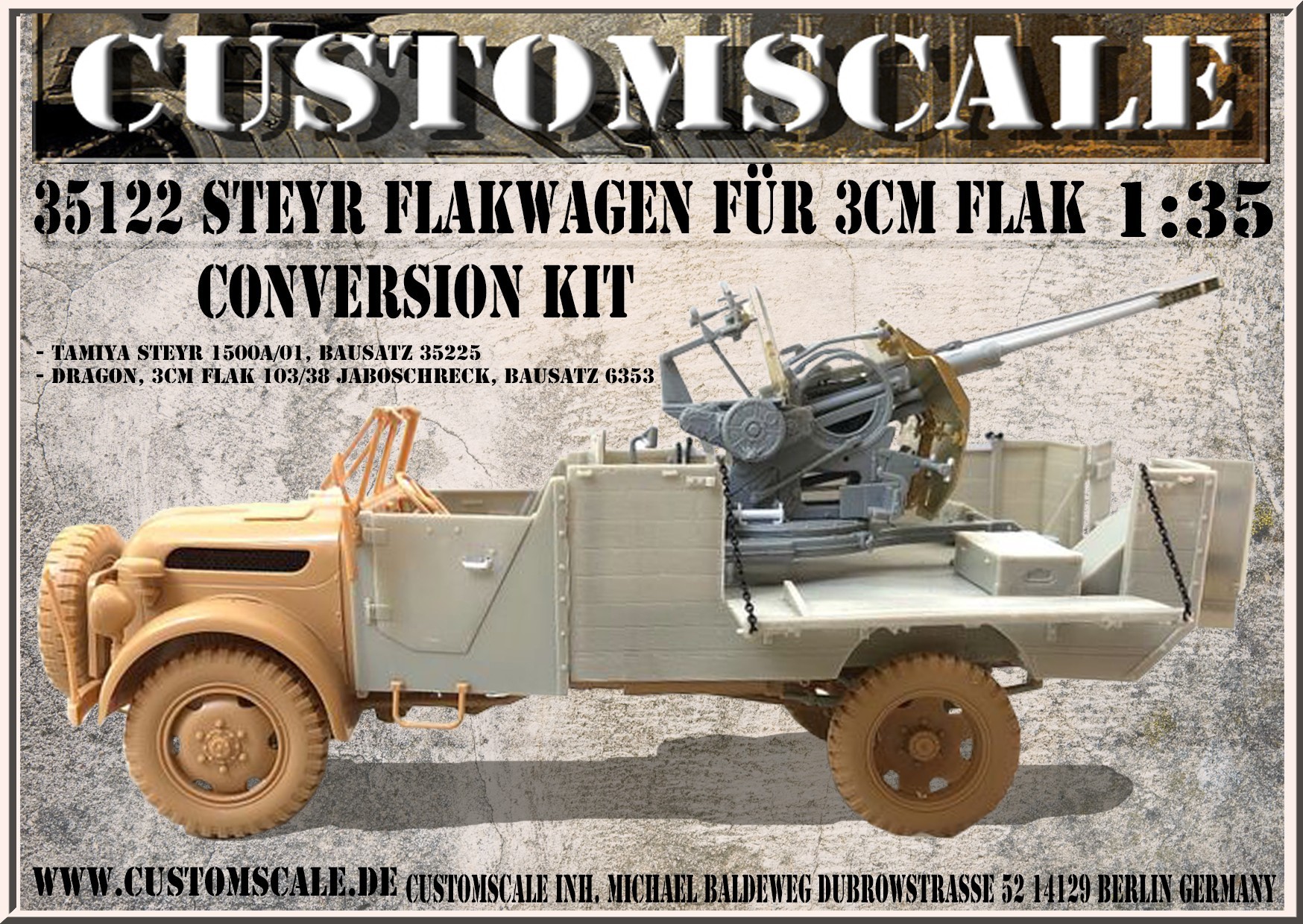 This is partial text from the full article (usually with photos) at https://armorama.com/news/custom-scale-steyr-flakwagen-for-3cm-flak
Yankasippi August 15, 2022, 4:23pm #2

While this is a terrific model kit, I cannot find any reference that such a configuration ever existed. It comes from a terrific producer of “what if” and actual vehicle models, so I think I am in my right to ask if this is a legitimate vehicle. Pictures Ive seen in looking for the above vehicle show that the original body of the steyr was retained. Show me one photo of a real vehicle and Ill be happy!

If you go to Missing Lynx constructive comments there are a bunch of Orginalpictures from this vehicle .It is not a what if .Don´t judge to fast if you don´t know anything about it .

That’s a fine way to answer a question. Using your own advice, don’t judge me so fast but take time to realize what I am saying first. I WAS ASKING FOR PROOF that you have so rudely provided. So instead of saying thank you I will tell you to think before you answer. 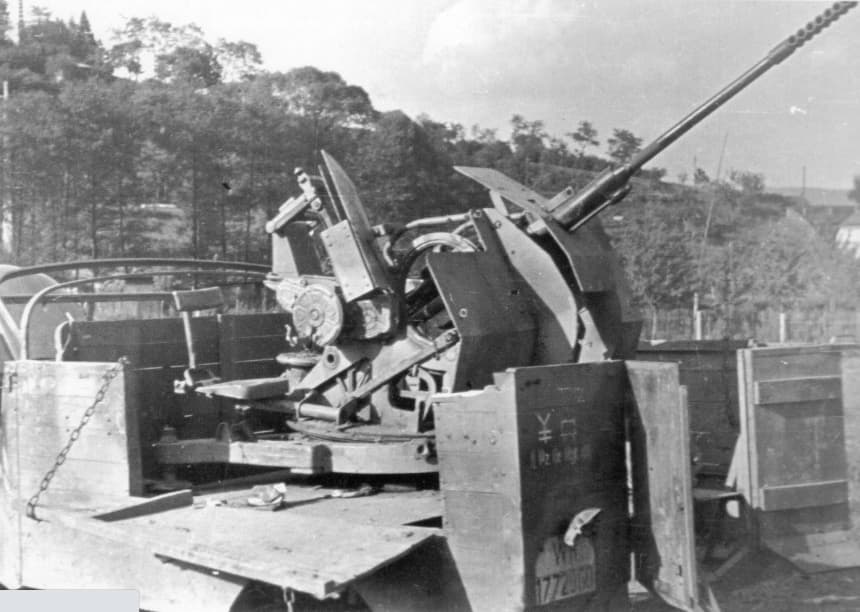 Hi,
besides the pictures of the vehicle in three tone camo, there are also some further pictures
of captured vehicles without the gun used by US Army as simple trucks. 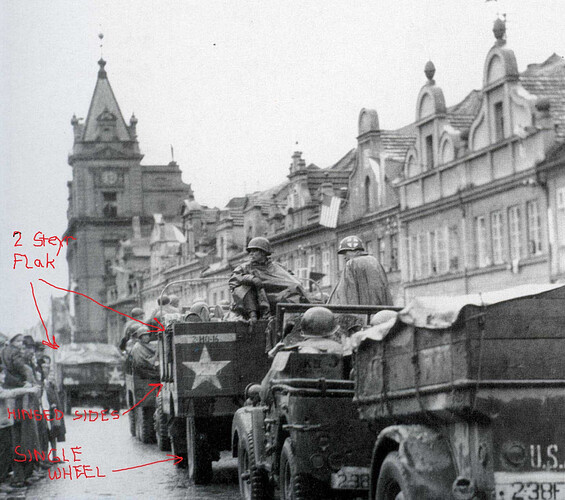 Anyone know if this exists it could be kitbashed in plastic?

Stirling’s photo shows a 17th Panzer Div. marking, it served only on the eastern front from Barbarossa ‘41 through to effective disintegration Poland early ’45. Seconds away Round 1 – what’s that camo scheme, winter or summer?

Checking the foto of the US conversion, the color might be an uniform German grey or already US olive drab sprayed on together with the white stars.
Gert

Meanwhile painting of the vehicle has been started and is close to finalization. 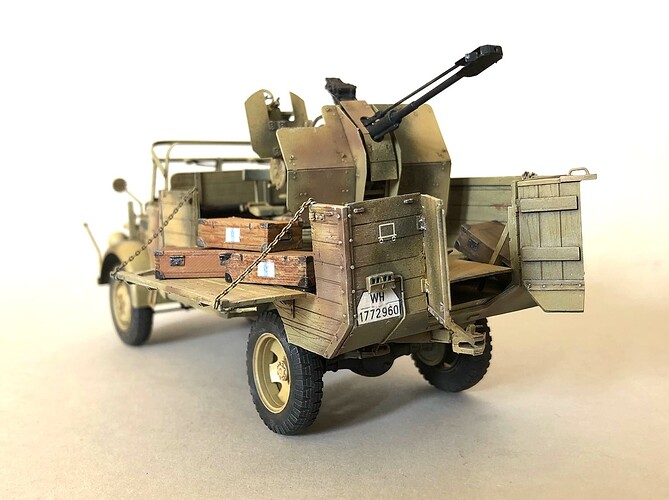 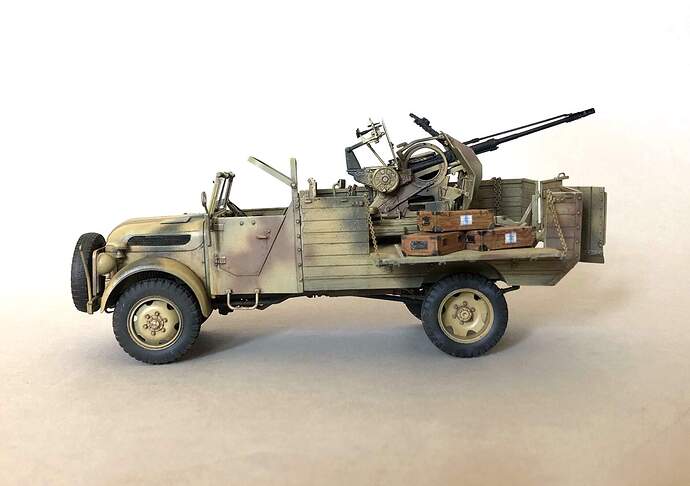 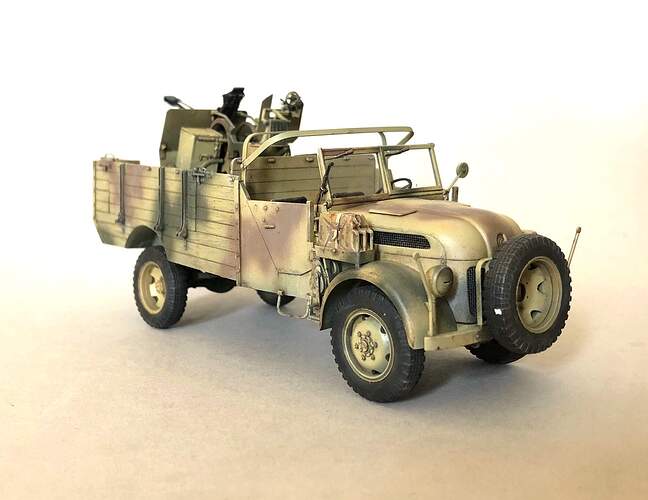