The conversion set of the liquid gas driven vehicle suitable for any Tiger kit is now available. 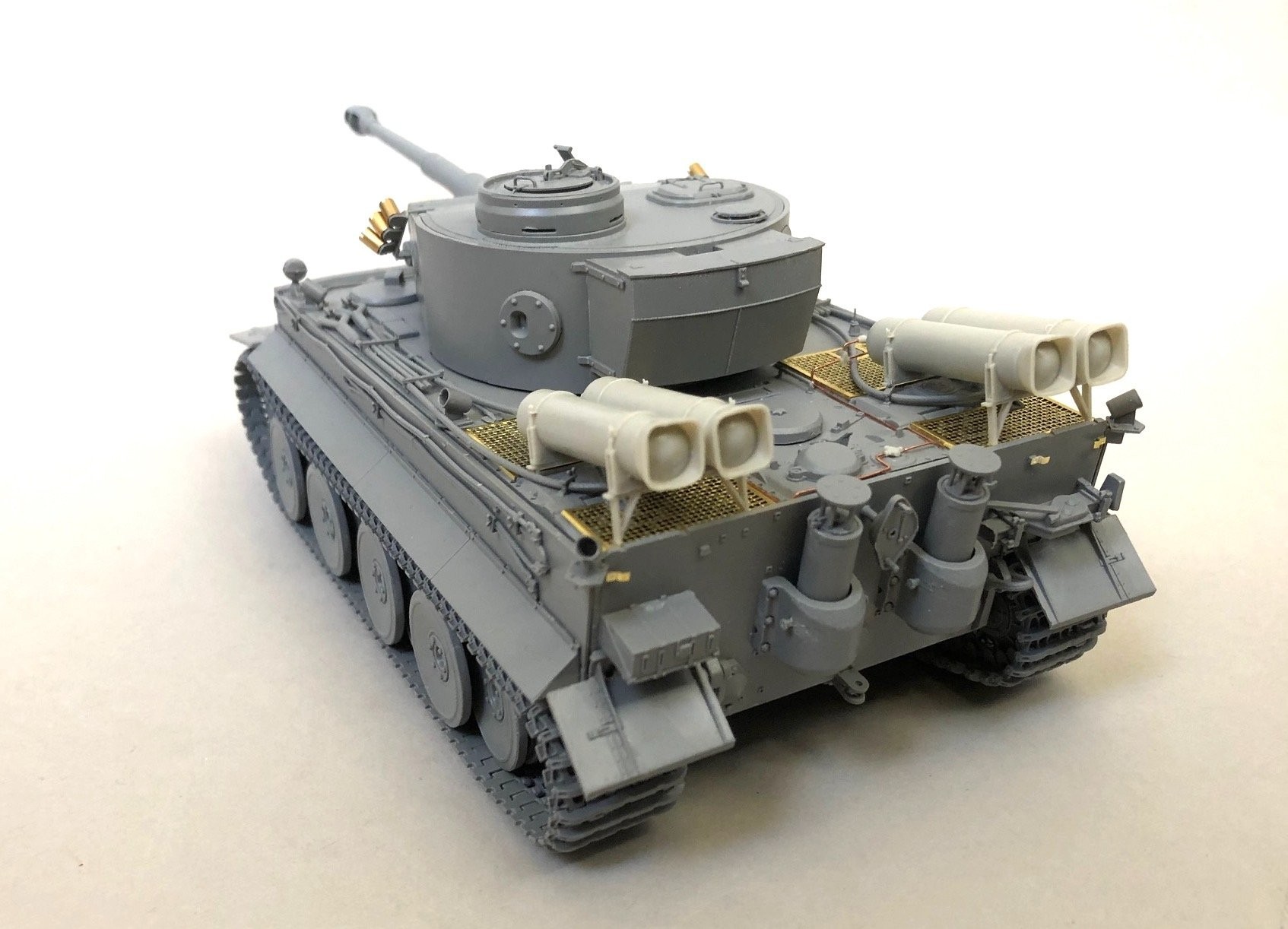 This is partial text from the full article (usually with photos) at https://armorama.com/news/customscale-gas-driven-tiger-conversion
DByrden May 18, 2022, 9:25pm #2

This set does not appear to be a precise rendition of the Tiger’s jerry-built gas system, not to “Rye Field / Dragon” accuracy, nor even to “Border / Italeri” accuracy.

The pipework on the top deck appears to be speculative. I am not aware of any photo depicting the real pipes.

There is no obvious connection leading gas into the engine compartment.

The shape of the gas canisters and the legs supporting them does not correspond closely to any Tiger photo that I can find. That said, there was a lot of variation in these systems, with the canisters laid sideways in some cases. I can’t say that no Tiger matched this set exactly. I can only say that every Tiger system I’ve seen was visibly different to this set.

Thanks for your comment. If you check the website of Customscale, you will find a picture of a Tiger I exactly showing the configuration offered in this specific conversion set. Besides this configuration, there were furthermore at least three other layouts and configurations regarding the arrangement of the gas canisters. Regarding the piping you are right. This is a speculation as so far no picture is available providing clear guidance on the pipework. Nevertheless, there are better pictures existing of other liquid gas vehicles as the Marder III were you can see the connector from the piping into the engine compartment. Taking this into account the general approach should be quite similar also for the other vehicles as the Pz III and IV, Pz 38 (t) and the Panther. Several pictures are existing for these arrangements.

Thank you for your interest. That photo shows Tiger # 250140 entering the old Red Cross building at Neuhäuser Str. 64, Paderborn.

Here is why I said what I said; 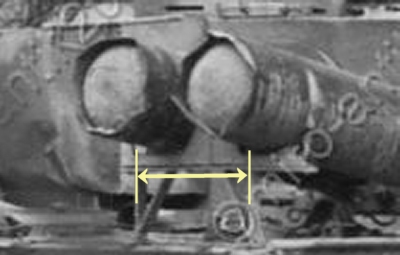 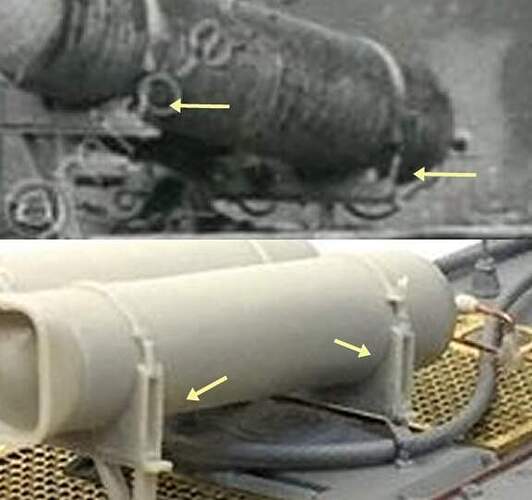 That said, you do appear to have the correct length for the main body of the canister, which is 150cm.

Hello David,
Thank you very much for your thoughts which are extremely helpful and highly appreciated.
I would like to directly comment:

Thanks again for your extremely helpful thoughts.

By that two questions:
I also consider to realize the arrangement used for the Pz III which is different.
Do you have an idea what the reason was to establish the “protection plates”?
Also I would like to hear your opinion on the mounting strap arrangement. Was it more
in line with the Tiger or the Marder layout?
Gert

after re-checking your comments and having a closer look at the pictures I wonder, whether the mounting strip arrangement with the “raised separators” as you call it, might be the same system as used for the kit parts, by sweeping the parts looking outside to the inner side.
By that, the raised separator layout would be achieved.
What do you think?

Can you describe the Tiger photo where you think you see square bases?

Pass…just on the controversy alone…

When all said and done…does it really matter…? It’s a model…a representation of a real tank…not a duplicate of a real tank. Will it be fun to build…?..of course it will. Will people lose sleep over the niggly bits…?..I hope not…LOL…!

Depends on the modeler. Some are obsessed with accuracy. Others not so much. different strokes. . .

Were I to build the kit I would be satisficed but others would look at it and immediately see the inaccuracies and have the need to fix them.

It’s perfectly fine if you are not interested in details, have fun modelling, etc. but why do you have to complain about people sharing information and discussing??

You can simply ignore the conversation, buy the conversion or not, but please do not pretend everyone must think like you.

There is people interested in accuracy and I do not see any reason why it should not be acceptable.

I am not interested in car modelling, or fantasy figures, am I expected to post “why are you wasting your time on this?” for all these subjects I do not like?

Thanks again for your comments. Most likely the conversion set will be adjusted ending in a new version taking into account your considerations 1, 3 and 4.

For the base of the canisters I still have no clue, how the shape should look like.Best wishes
Gert