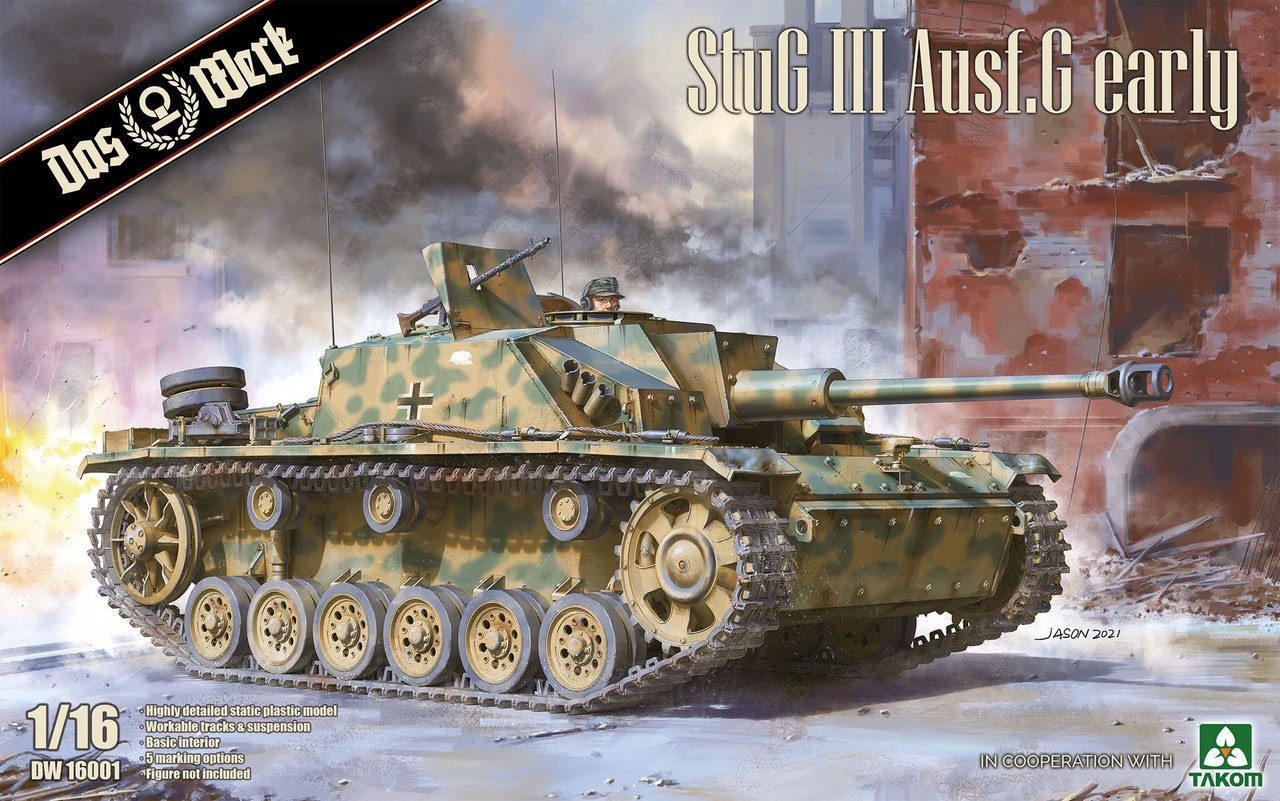 This is partial text from the full article (usually with photos) at https://armorama.com/news/das-werk-big-scale-stug-iii
1 Like
CMOT August 21, 2021, 8:30am #2

Now this release is one I will have to get as I like everything about it.

Ah, the ubiquitous Stug III Ausf G, it had to happen! Eastern and western fronts right up to the end, a true workhorse and backbone of the assault! And potential for interior, exterior detailing and all manner of weathering, too. Guess what I’m going for Christmas!

They are on pre-order at Andy’s Hobby Headquarters for $99.99 and hopefully will be shipping out by the first of December.

He just posted a video about it a couple days ago. I’d get one but I am saving for an HKM Lancaster.

A definite for me. I’d love them to expand to cover the Pzr III too.
Get the aftermarket makers busy/

About time! I’m not into these huge scales but, by golly, there are some subjects that just have to be built big, and the StuG III and Pzr III are two of them. $99??? I gotta get one.

I just hope it comes with a 1/16 pointing German figure.

He also did an update showing the reworked detail on the fenders. Nice to fix a problem BEFORE release.