Did the French Army use camouflage nets?

Hallo modellers ( especially french ones…) i’m trying to understand if or when french Army start to use camo nets on their tanks…( like barracuda or similar)on my web research i’ve found only some sort of that looks more than tulle sheets.
any help??
and if yes from wich year they started using it??
thank you for all the help.
Happy modelling!!
Stay safe!!

We used camo nets at least till the 90s. If I remember correctly there were 5 sizes depending on the vehicle. They were like the barracuda in appearance with one face green and the other brown.

Then when we shifted to the 3 tone camo we adopted new camo nets looking like mesh. These come in one size only and each vehicle carries a number of nets depending on its size. The nets are stowed in black plastic bags/pouches. The nets have the same camo pattern of green, brown and black as the vehicle.

entre autres, il aura les dernières pistes de version…et sont utilisés depuis
and btw it will have the new style tracks…and they were used since…

i wish to put some nets on it,do you think it is doable?

I think you could add some nets. I’ll try to find picture evidence of Roland being camoed with the nets.
I’m more skeptical about the late tracks being fitted to the Roland.
Which Roland version do you intend to build? 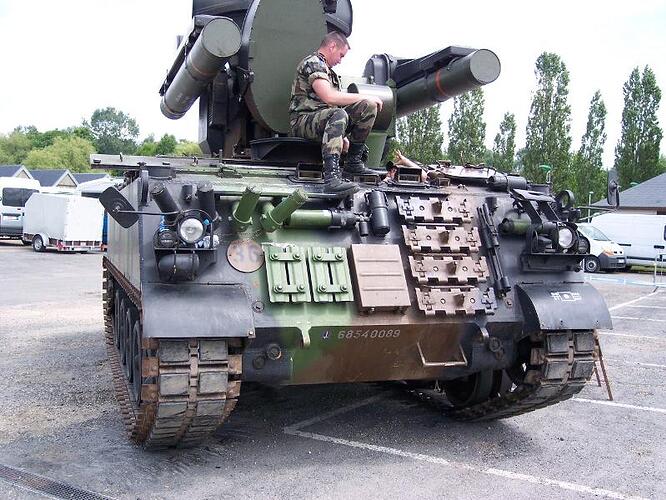 You saved me time to research in my pictures

I don’t think the older net was still in use after the NATO camo was adopted. You could depict the new ones with the material used in some tea bags.

Nice idea Olivier!!surely i’ll do!!!and i will post pictures of my wip!!!