I am building AFV clubs Churchill Mk III Dieppe. I am building it as blossom, which broke a track in the shingle shortly after coming ashore. In David fletchers book, he mentions that in addition to the exhaust extension, and air intake extension that

“Virtually every seam between hatches, doors, and armor panels was filled with plastic compound, and then apertures such as gun mountings and ventilators were covered with ballon fabric”

Unfortunately, aside from the good description, there aren’t pictures of this in the book. Does anyone have good reference photos of this, and know where it was placed? In pictures of blossom you do see some (canvas?) material on the gun and turret, but it’s hard to make out how it looks and what it’s made of. 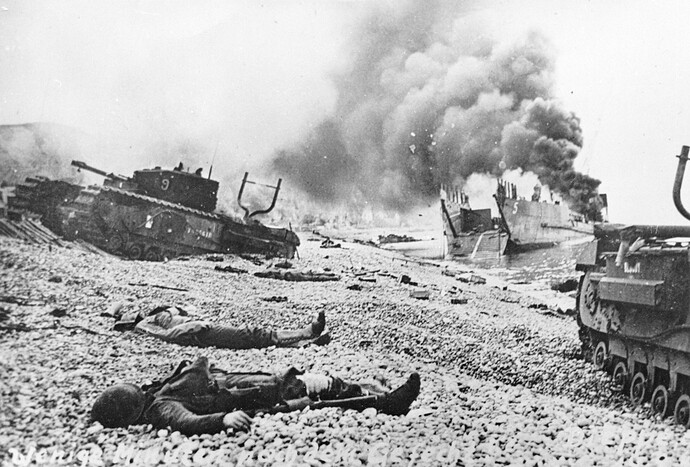 Here"s an example of torn waterproofing on a Mk III : 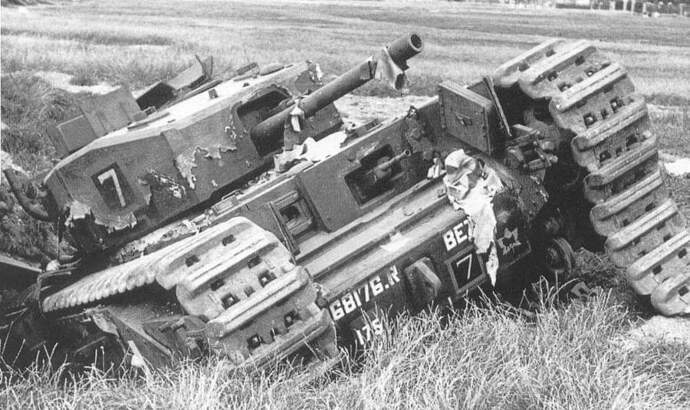 Inside The Armour had released a dedicated aftermaket set for the AFV Club kit :

Thanks for the pictures and the link. I find the ITA kits almost impossible to find now but it at least give me an idea of where to apply stuff. Might try putty of some sort

Some sites with info that may interest you:

In a previous thread http://www.network54.com/Forum/47208/th ... mo+colours the subject was about waterproofing tanks with some kind of stripes,a mate