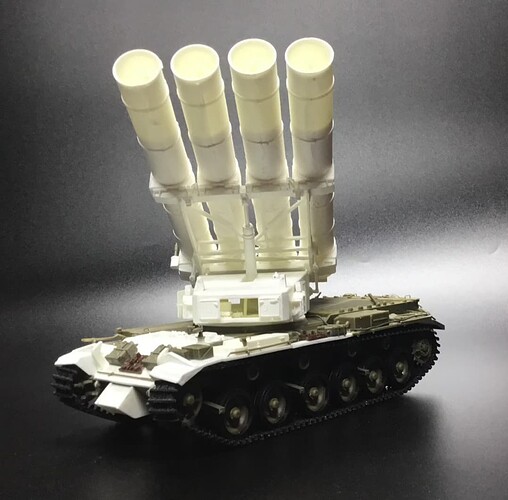 I’m not sure why this is called “Early”? The early ones would be those mounted on the Sherman?

As far as I am aware only one of these was built on the Centurion chassis as shown here and I don’t think it saw service. Hope Scottcast will do the Sherman mounted version that was actually used.

Early Rocket System Sho’t-based MAR290 Episcopi is the chapter in History of the IDF Artillery Corps
Volume 4 Israeli Self-Propelled Weapons (non-Sherman-based) book. Says “the prototype for this
project, MAR290 Eshel Ha’Yarden, was brought into Lebanon, but the supply of Haviv rockets had run out.” Adoption of the MLRS killed the project. Still interesting.

I labelled it ‘early’, not Scottcast, for no reason other than it was a development item that did not make it into service.

I can see me buying this, only for it to be released in plastic… That would be Amusing!