Dan Holland (Tankwarrior) shares some pictures of his diorama depicting the British Operation Crusader to break the siege of Tobruk and relieved the Australian garrison.

The M3 Honey is from the Academy kit and painted with Tamiya acrylics. Dan used figures from an MB kit and the Panzer II is the old Tamiya kit. He used ground cat litter for the sand and a combination of Tamiya acrylic paints for the desert contrast. 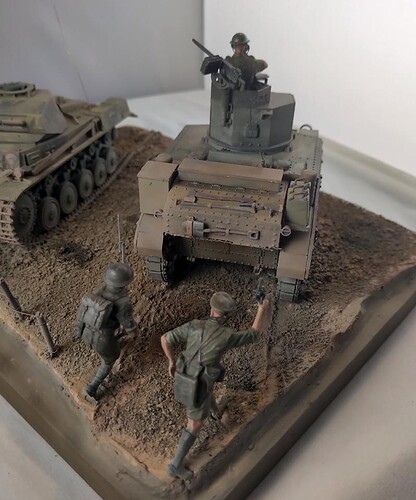 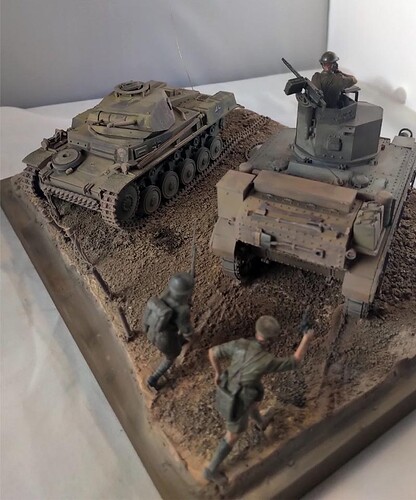 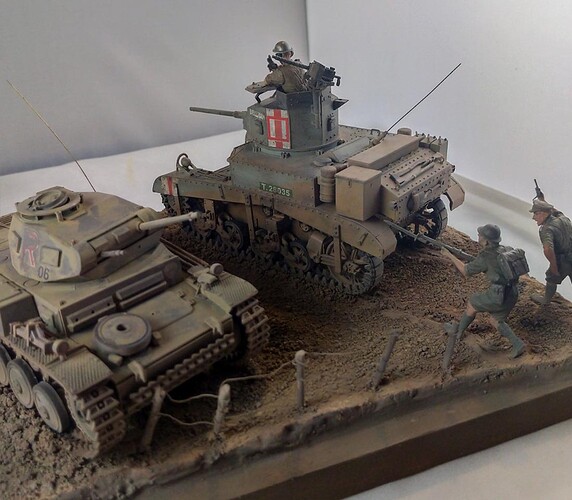 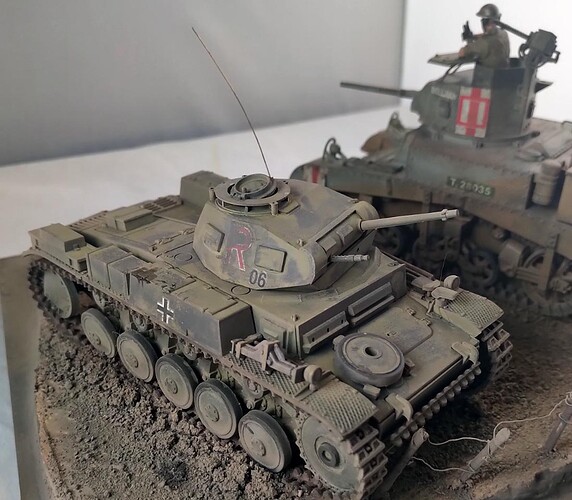 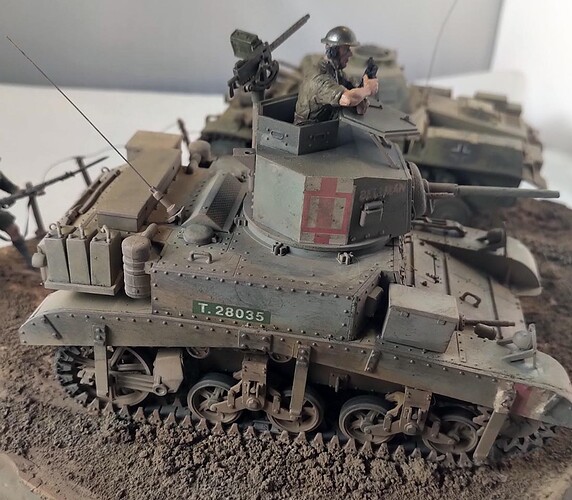 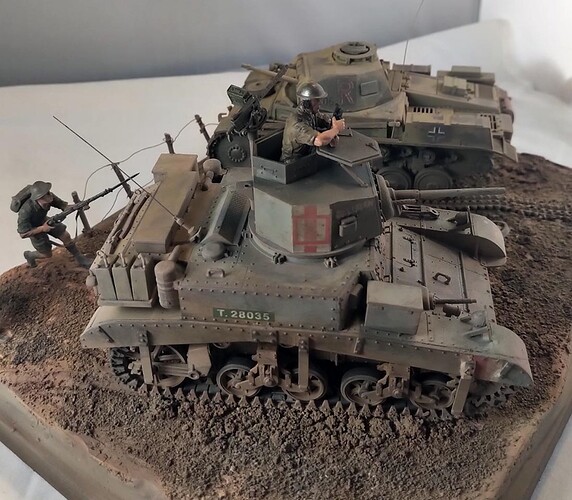 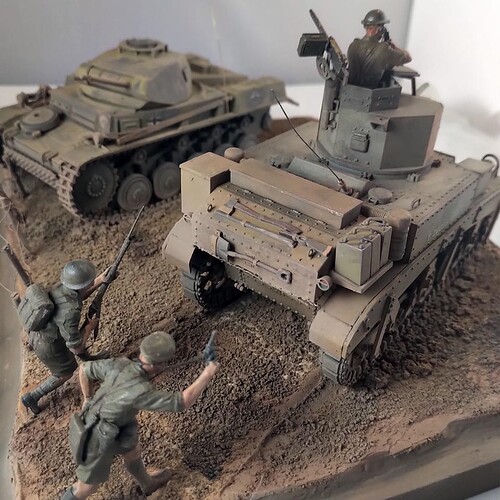 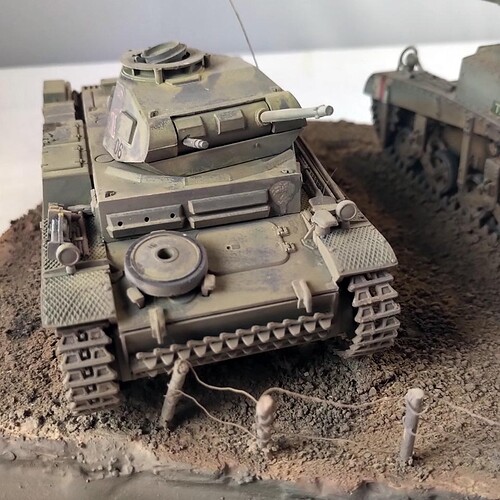 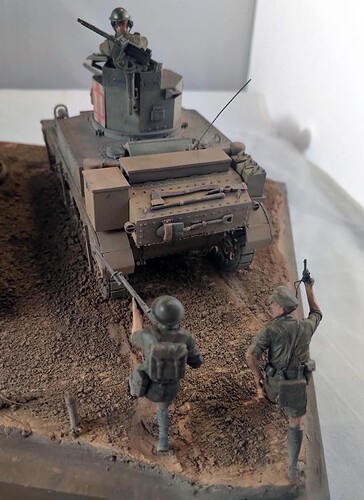 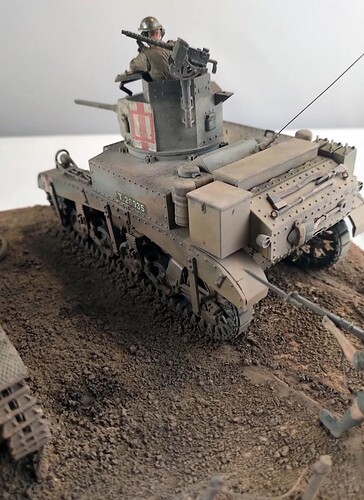 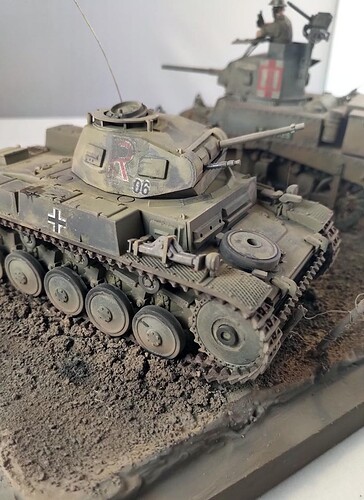 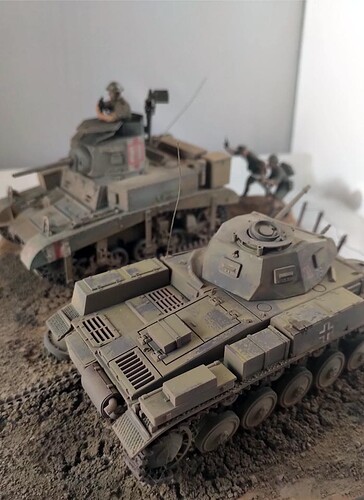 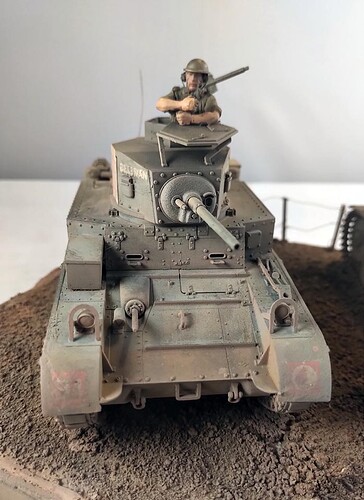 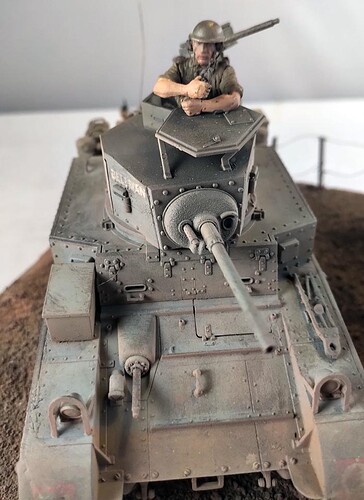 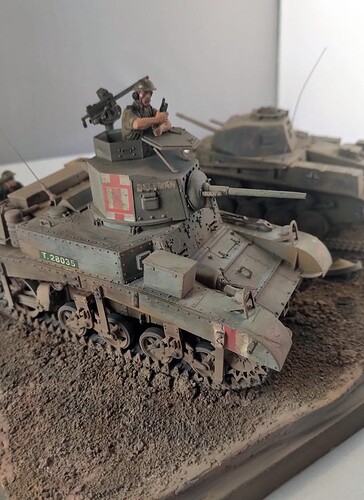 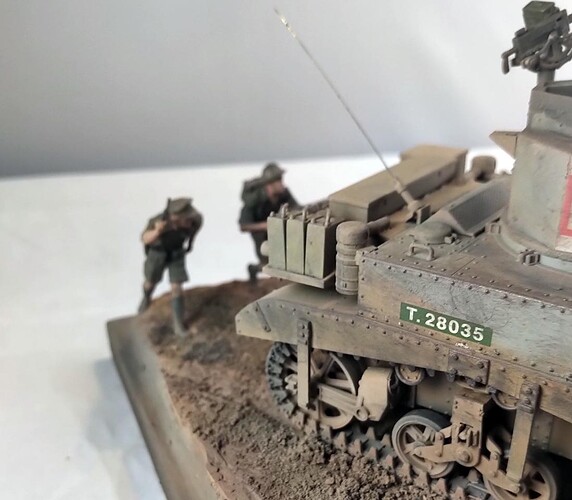