So this was a little side project just for fun between other stuff that i started about 15-16 yrs ago. Lost the idler wheels along the way and member Jlreyes181 was gracious to send me some replacements. It’s based somewhat loosely on the attached photo I saw back then. I like the cast hull Shermans so wanted to use one of those, and picked up the old Italeri kits for cheep. I scratched the roof from balsa and the stowage is a mix of scratch, resin and plastic spares. The horrible kit rubber band tracks tore of the port idler right off in the final hours, so the whole thing nearly went in the bin last night. CA wasn’t helping at all, so I ended up patching it in with a nail enough to stay on. Weathering is a combo of oil drybrushing, pin washes, and pigments from Ammo + others. I sponge painted the crosses with stencils. This was my first serious attempt at weathered wood, both on actual wood and on resin. I’m pretty happy with those. Disappointed with the idler wheel coming loose, and had to stop before anything else came off.
Thanks for looking! 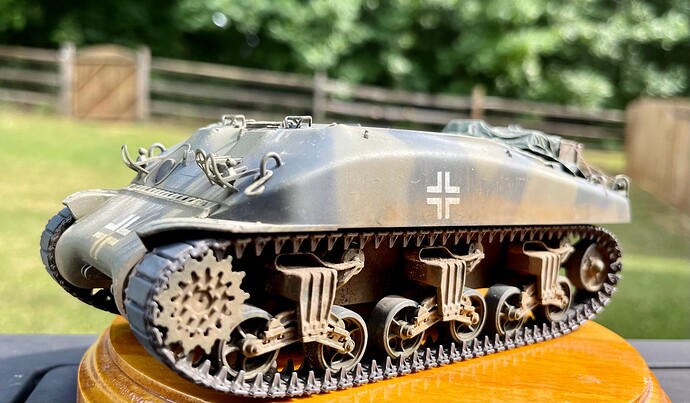 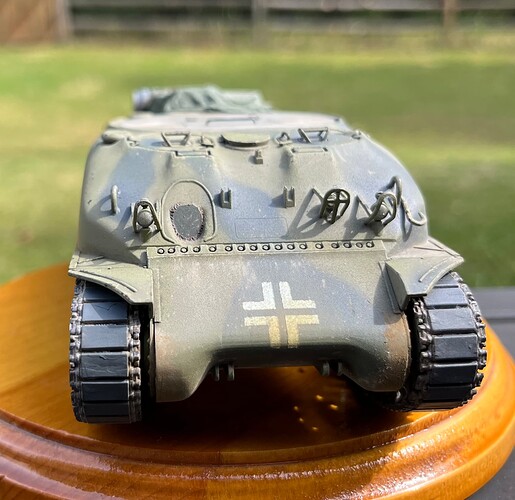 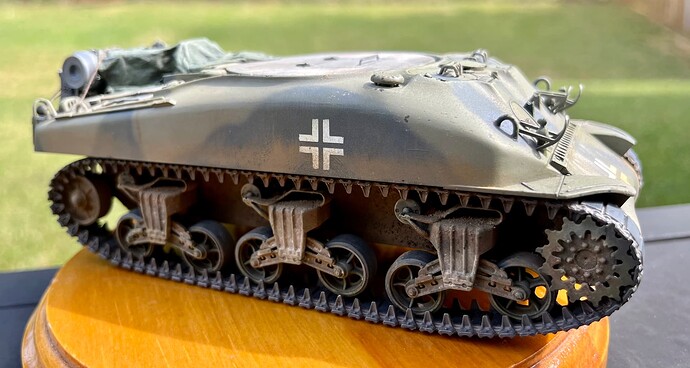 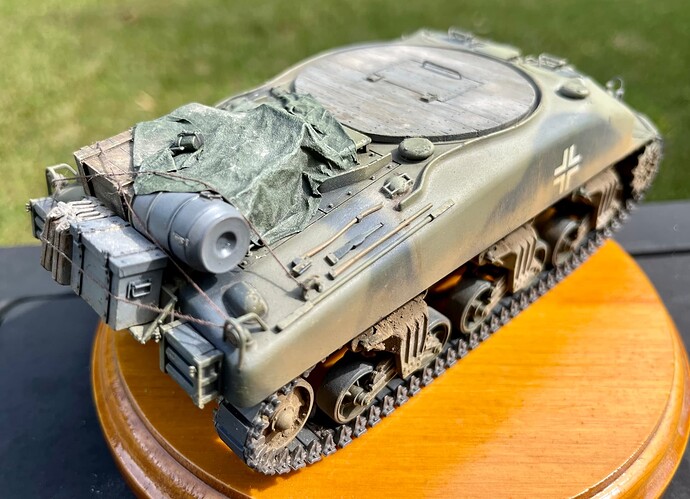 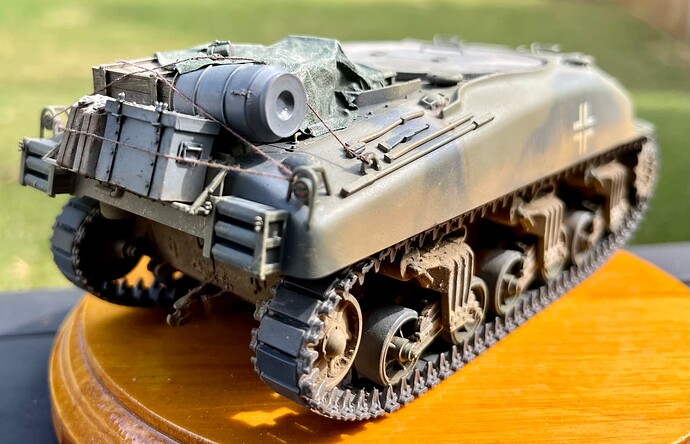 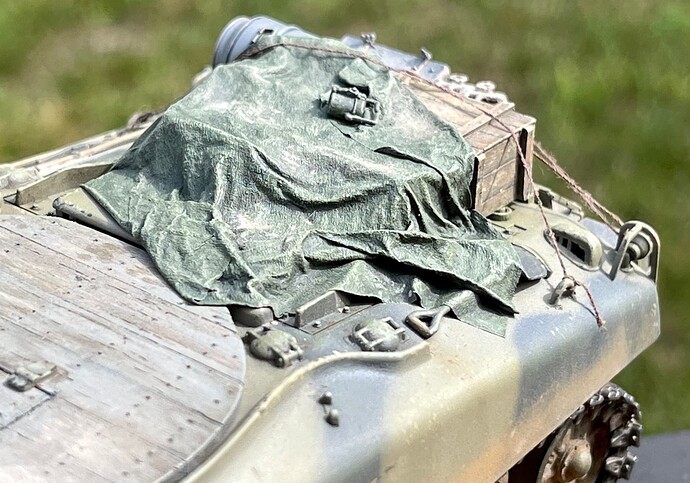 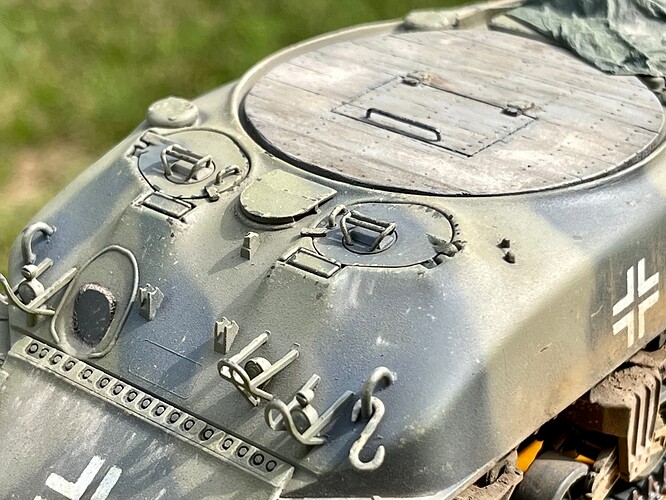 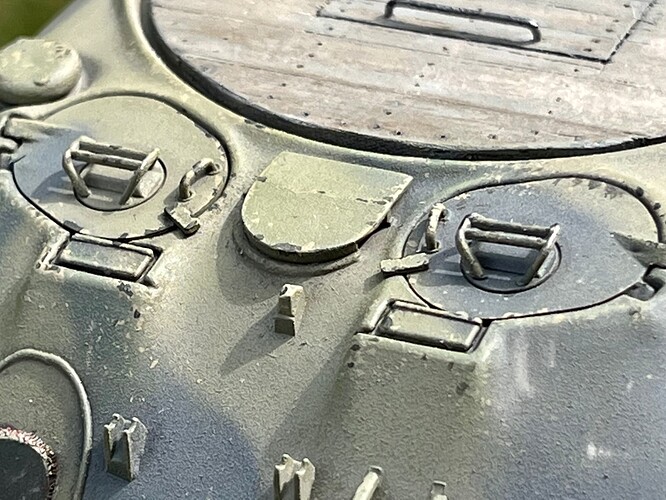 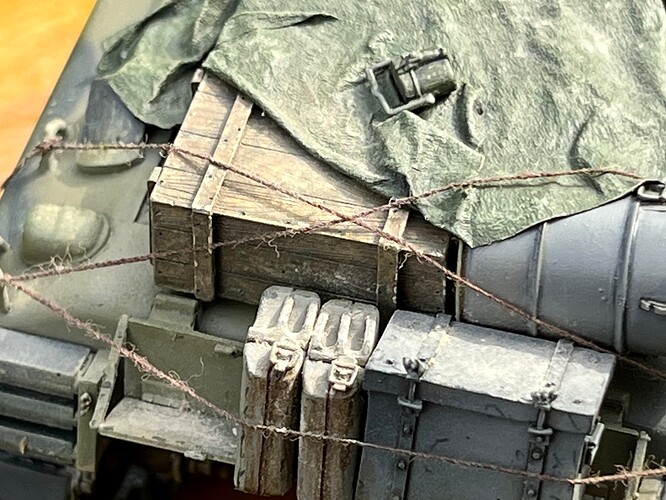 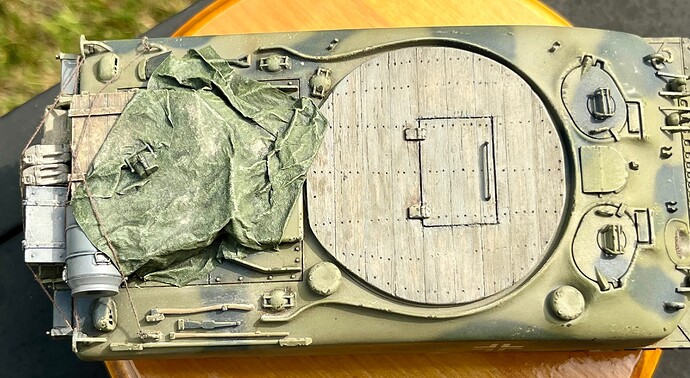 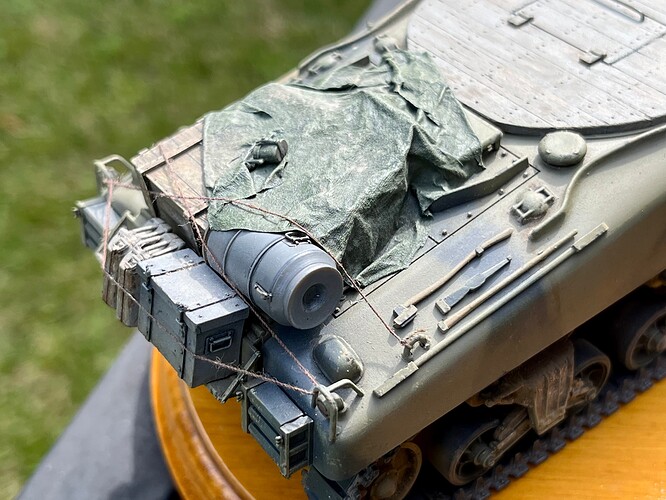 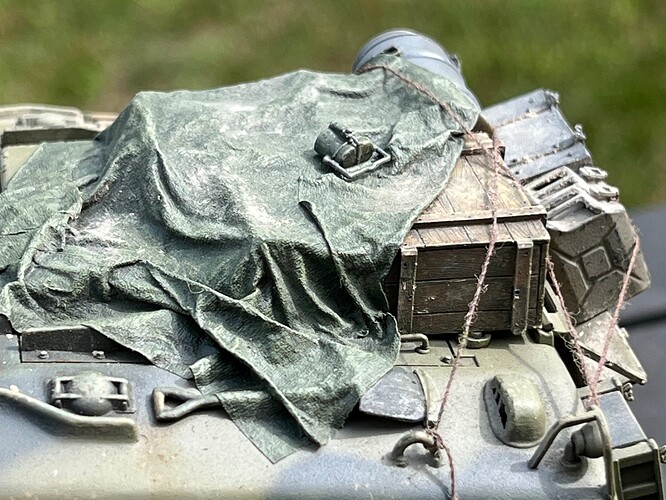 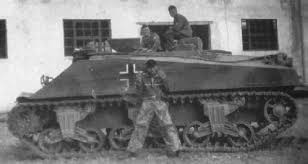 Great job on the stowage and scratched roof, looks super!

Nice finish on an interesting and unique project. Your extra detailing is on point

What an impressive looking looking model! Love the detail you put on the model.

FYI ~
When building a “rubber band track” Sherman I do 3 things:

(Just my 2 cents worth. Hope it helps to give folks some ideas out there !)

I have absolutely no agenda in asking this question - I was just wondering what your thoughts were!

Thanks!
My intent was a captured US Sherman.

@165thspc I would like to direct your attention to ep.9 of the Micro Machines podcast…

Also the Ram wasn’t based of a Sherman, it was a M3

Question: would all that stowage be piled on the rear deck like that? I thought that’s were the air intakes & exhaust were located. I don’t that much about Sherman or Ram tanks.

Question: would all that stowage be piled on the rear deck like that?

It could be for that version. The intake on the A1 was closer to the turret ring. You can see a little on right side not covered by the tarp. The later decks had screens where the gear is stored. I am pretty sure I have seen them covered too.

The exhaust on the Sherman’s is out the rear, even underneath the shelve with the fuel cans and box.

Thanks for the info, Ryan.

That’s great info. So my tarp is bit too far forward. Yeah I suppose I overdid the coverage. Live and learn!

Well I must admit I like it a lot - very different and well portrayed. Well done Greg!

Potentially….placed in a winter diorama it wouldn’t be the first vehicle to have its intake covered to run warmer.

I don’t think it’s that bad that it would impair the tank operating, not like showing a plane inflight with FOD covers on.

The Brits (and I assume the US as well) used turret-less “Tractor” Shermans. What is the proper term to use when referencing them?