Gecko’s interest in British Trucks of WW2 continues with an example of a 4x2 GS truck in the short-lived 30cwt class. 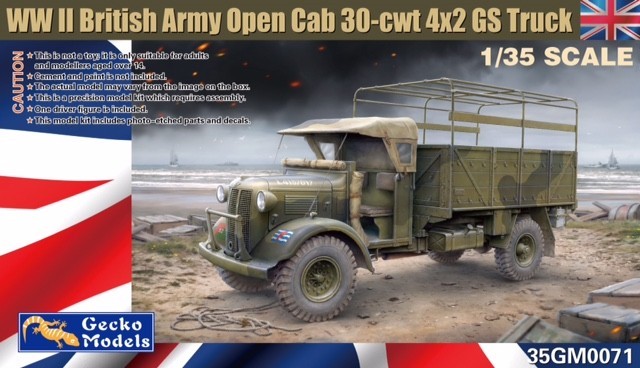 Looks to be a spin off from their yet to appear K2Y ambulance.

This one is called K30 but i think it is the same chassis as the K2.

Nice greatings from out the Netherlands

Would this particular truck have been present at the Dunkirk beaches? (The artwork sort of looks like that.)

Yes, these were indeed at Dunkirk. I have seen a picture of one captured and used by Germans but l don’t remember where.

Thanks for the info Jason