Assault Models added a new 1/35 scale figure to their catalogue. 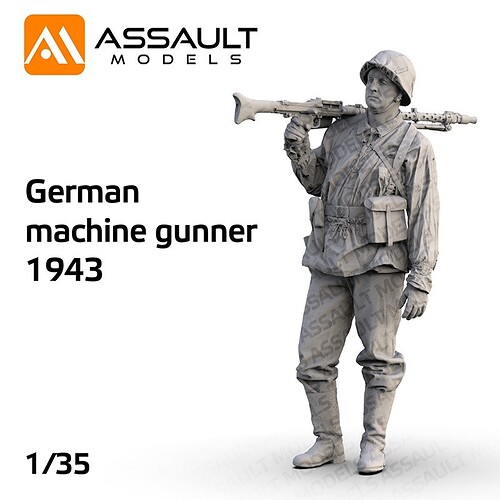 Assault Models added a new 1/35 scale figure to their catalogue.

A terrific figure; my only wish would be that he was wearing ankle boots as these were more widely-issued for Pz grenadiers by this point of the war. I would have also appreciated a picture of his back to see what other gear he might be carrying and to see if an MG42 could be substituted if I wanted to. Either way I like this one!

I love the pose. Especially if it actually has that realistic half-slouch to the rear. I am with Taeuss in that I wish he had the M43 ankle boots and ankle gaiters rather than the jackboots. As he appears, he’d work great for the 1940 Invasion of the Low Countries, the invasion of the Balkans, parts of Barbarossa and Kursk. You could get by with using him in 44-45 scenes but his gear would just be a bit more rare.