KMW showed at Eurosatory a tracked version of the GTK Boxer with a 120mm gun in an unmanned turret.
https://www.youtube.com/watch?v=nukB8k9pqas

@HermannB Looks pretty cool, but as someone posted in the “Next-Gen Vehicle” thread about the Boxer, it can be destroyed with a heavy machine gun, and so far there is no indication that the armor thickness has increased in this tracked version. In fact, one can see the armor thickness on the slope of the hull plate = very thin. Even with a remote 120mm turret gun, I’d be wary about taking the Boxer into combat as a vehicle of that size shouldn’t be so thinned skinned.

The Boxer uses AMAP composite armor, but it’s the protection rating that makes it similar to a Russian BMP and BTR. Boxer is NOT as well protected as the US Army Stryker and USMC ACV protected to at least 14.5mm AP all around, or a Russian tank turret heavy machine gun. 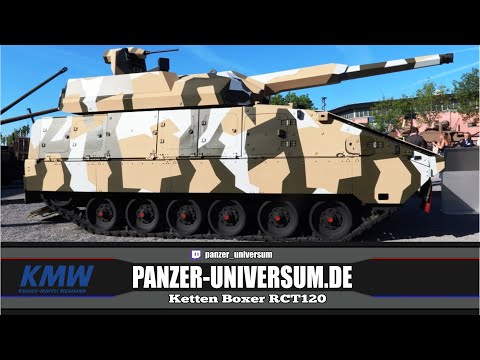