Here's one I made earlier: SFH18

I put this together a year or two ago, but never got round to putting up pictures. This is a cross between two kits, the Dragon SFH18 15Cm and the Trumpeter SFK 10Cm. The Trumpeter kit doesn’t actually have all the pieces to make it in travelling mode and I had already made the Dragon howitzer to be towed by a Trumpeter Sdkfz 7. However, I wanted to make an “in action” diorama, but there were no 10Cm projectiles available. What to do? I just switched the top mounts over, it meant having to glue them solid, but this didn’t matter, as both pieces were on the same carriage (they were designed at the same time in the 1930’s).The crew are Trumpeter and came complete with 15Cm ammunition, so this solved the other problem. Some of their figures are a bit ropey, but I liked these as at least they are in action, Dragon’s artillerymen all seem to be vaguely standing around not doing much! There are a couple of errors in this scene - the GC has binoculars which would be pointless, as this is an indirect fire weapon, but that’s how he came. The hand spikes should be in position at the end of the trails, but would have stuck over the edge of the base and the aiming stakes should be placed behind the weapon, but this would have made the base too big! 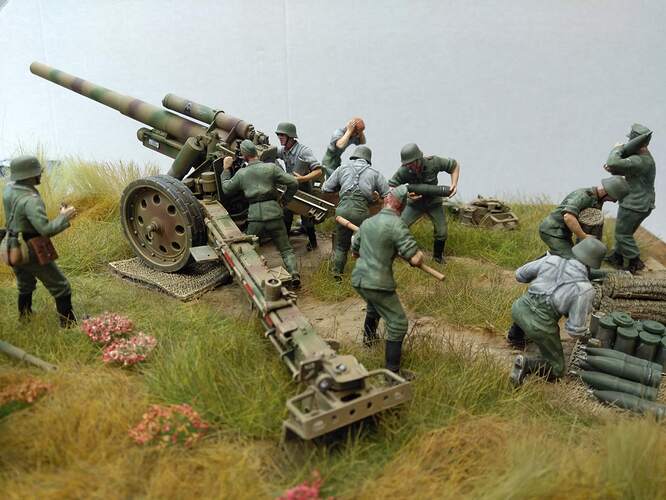 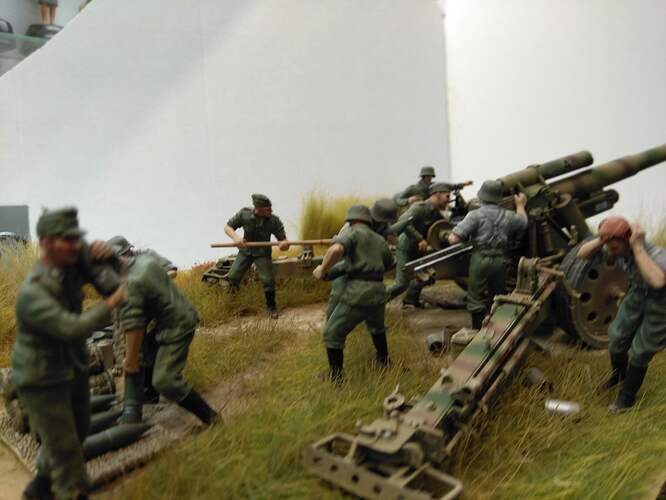 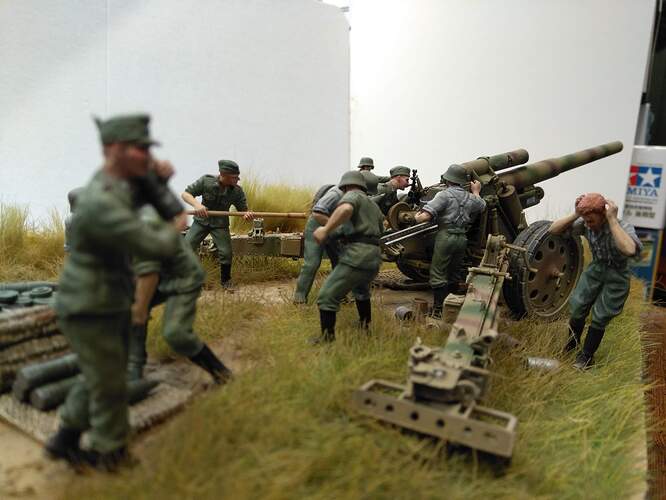 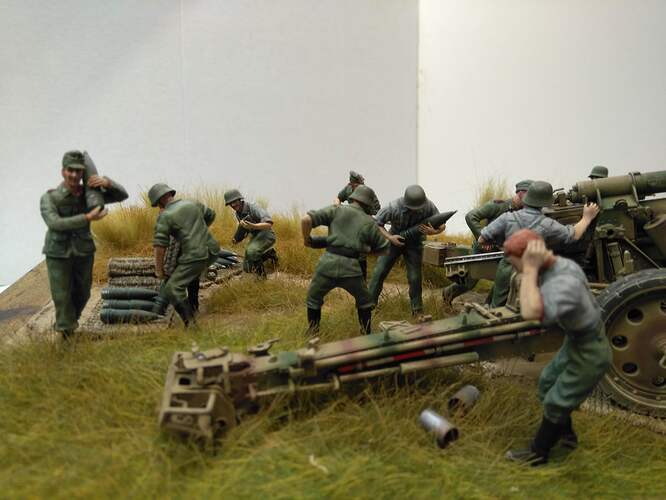 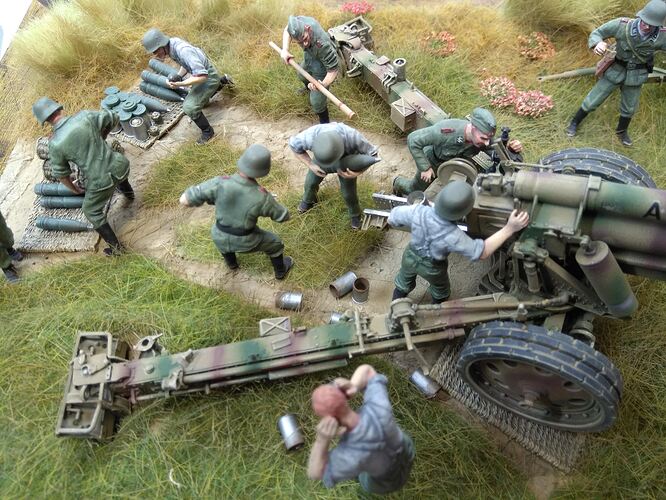 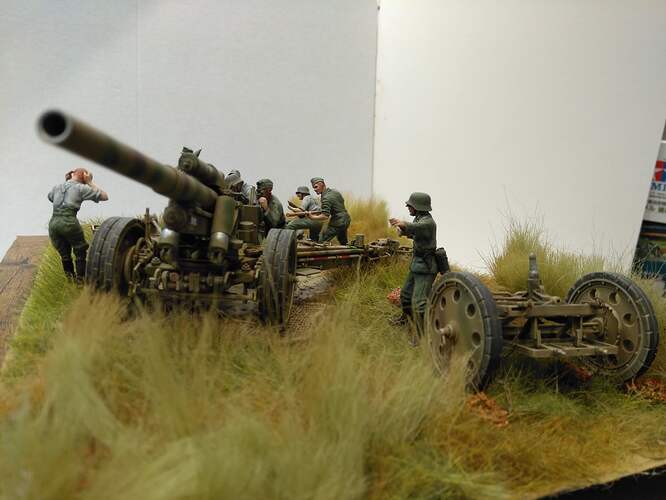 An action filled scene indeed. One can almost hear the boom of the canon.

Wow! That is one busy gun crew! You really nailed it with this presentation.
—mike

Excellent dio!..love all the action going on.
Cheers,

What parts are missing for the travelling mode in Trumpeters kit?

great little scene! If you could though, back the depth of field off if you are using a DSLR. The soft focus makes it difficult to appreciate the beautiful scene.

Great job on those Trumpeter figures! I bought that set and found them really ugly!

Robin,
Trumpeter don’t provide the cradle clamps for travelling mode; Dragon do. Despite this, the Trumpeter instructions lead you naturally towards building the gun in travelling mode, so you have to be careful! When travelling, the gun tube is hauled rearwards out of battery and the cradle is locked for towing by a tractor. Assembling the Dragon gun first as a travelling piece left me with a gun that had to be assembled in action that there was no ammunition available for, hence “swapsis”.

Boom Bazooka, I’m sure you’re right, but they were taken on my phone, so I didn’t have a lot of choice! My wife has a very good camera, but I’m not sure my models are regarded as acceptable use for it!

Great scene ! Cannon and figures are excellent. Often over looked is the groundwork- you have done a superb job of it. The grass looks great.
Cheers,
C. L

You did do a really nice job with your diorama, but as I could read you had to cut some corners.
However, the diorama still looks great despite the errors you pointed out.
I wasn’t able to find those errors and other things you pointed out, but that is okay I guess.
What were your experiences with the Trumpeter models?
Keep up your great projects.