How many models do you have on the bench?

I’m just wondering - how many models do you have on the bench at a single point of time? I have 3 currently but I am feeling that I want to start a new one. Is this normal?

Right now I have one I am painting, three that need weathering and one that needs paint. Going forward I am going to limit myself to 2 one in build phase and one in paint.

This seems like a question my wife’s lawyer would ask and therefore, I must refuse to answer this question.
Thank you

yes, very normal. if you’re a modeller, it is.
Try explaining it to a normal human being who does not have a similar hobby though…

Myself i have currently the Meng Pantsir on the bench but today also started the Trumpeter Kamaz. I try to keep it to three max…

I was thinking on starting the MENG Pantsir as well

I have 3 different churchills on the bench now

I am currently working on the s.W.S. with Flak 43 (Revell), the Heuschrecke IVB (Dragon) and a DIY building (ala French Farmyard by miniArt).

Only one.
I’m not running an assembly line,too many projects and multi tasking reminds me of my working days.I just take it easy,one job at a time.

If its a big long ship project,I will start sonething simple so I dont get burned out.A couple of times I had to wait a long time for an AM part so I started something else.

Two at the minute. Trumpeter’s sturer emil and a cheap 1/72 spitfire to practice on before I move onto a more expensive 1/48 kit

I like the complicated parts of a build, especially when converting or building to a photo, then I get bored and the build stalls for a while (weeks/months/years) so I tend to have a bunch of builds on the go at varied stages of construction or painting. When not active they go into a box on the shelf, waiting for the mojo to strike again…

This is a hobby not a job, so I don’t feel the need to finish anything until I’m good and ready! 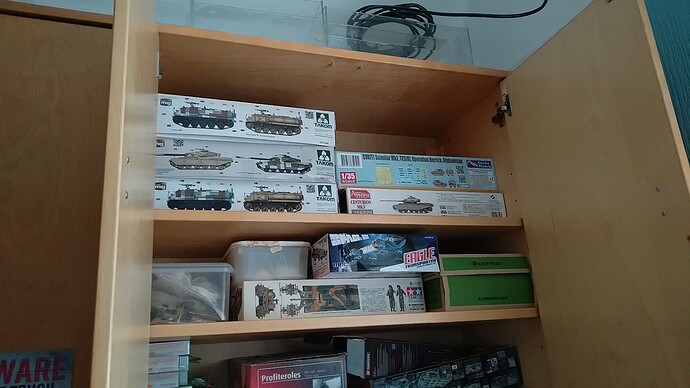 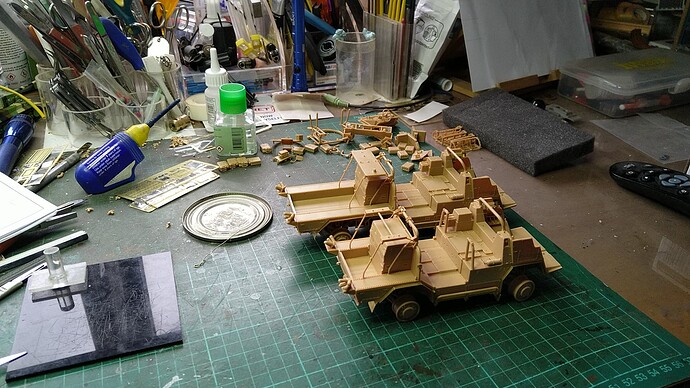 Having a brake today, and moving the canal boat tomorrow, weather permitting.
Still a months work to do on property.

I only have one kit on the bench at a time. Usually build-paint-weather. Weathering is messy so you don’t want to be weathering an AFV with another model on the bench that could receive collateral damage. I focus all my attention on one model, especially if I’m doing full PE/resin/barrel/tracks. I enjoy myself, but I strive to produce the best model I can. I get satisfaction from calling one done.
Sometimes, though, I get in a building mode, and just cut and glue. I wind up with 2 or 3 kits sitting in the spray booth waiting for paint. Then I finish them up and start all over again.

Three right now. One in weathering, one ready for paint soon, and another just started. For me, painting is season/weather dependent so I tend to have more than one going at a time. 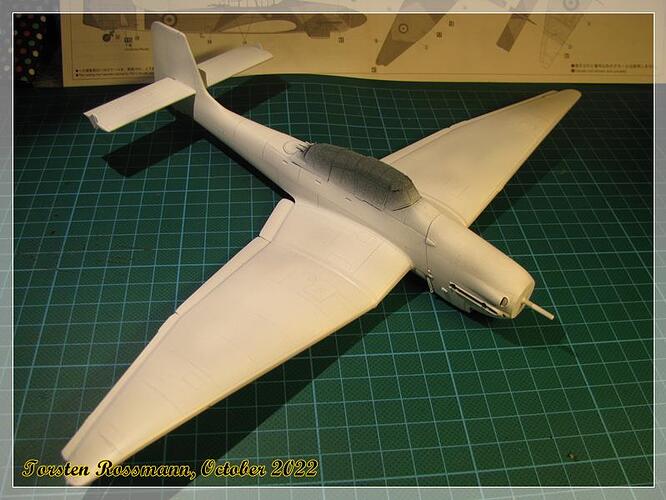 Three, well three and a half. All scratch builds, so, grading on the curve, I think that makes four

I used to be very disciplined and have only one build going at a time. Build, paint, weather and move on to the next build. About three years ago, for some reason I am at a loss to explain, I started to have multiple builds, one building one painting, one weathering. Really don’t know how it happened.

I am working on Tamiya Kubelwagen (which I’ve already messed up), Vulcan 2pdr gun, Meng ZU-23-2, and Takom Sea Dart. Almost all are being painted as I assemble except for the Sea Dart where I’m assembling most and will paint later. All painting by hand. I’ve got other kits that I’m painting but not assembling (Monogram Sturmpanzer 43, Dragon MAX-543 TEL, Airfix 1/72 Mosquito).

I have 2. A stryker and a Peugeot P4P. The stryker is a complicated built so I have started an easier build.

I like the complicated parts of a build, especially when converting or building to a photo, then I get bored and the build stalls for a while (weeks/months/years) so I tend to have a bunch of builds on the go at varied stages of construction or painting. When not active they go into a box on the shelf, waiting for the mojo to strike again…

This is a hobby not a job, so I don’t feel the need to finish anything until I’m good and ready!

You build the way I do. A couple on the bench, one in the garage, and several back in the box or on the shelf.
Ken

Two ( aircraft) right now - 1/48 Karigane and 1/48 V1 . Rarely do I do more than one at a time . In this instance I had assembled the Tamiya buzz bomb as a quick build this summer - when my wife’s brother comes to visit ( world class armor modeler - I don’t hold that against him) he likes to have a build session so a simple kit like the V1 fit the bill .

I have done two together in the past if they have similar paint as it is just as easy to paint two at a
go . I did these together a while back - 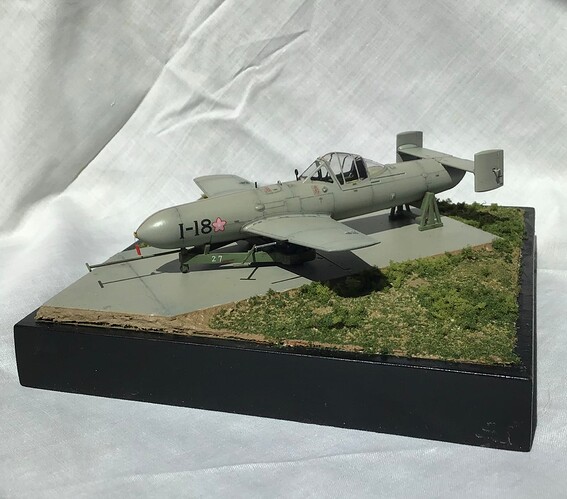 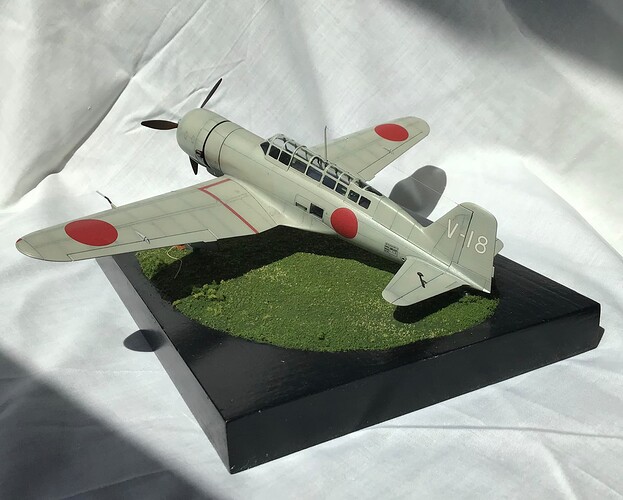