I wonder when this vehicle was used, and where. The kit looks intriguing but what setting would it likely be in?

The Series III of Land Rover was introduced in 1971 (start of mass production) so not before 1971.
The production ended in 1985. The Series III was also licence produced by Santana in Spain (Santa Ana de Linares). The Guardia Civil vehicles would most likely have been used in Spain and the Melilla and Ceuta enclaves on the Moroccan coast.
Land Rover Series III were used all over the world, many are still in service.
No idea about when the last one was retired from service though.
Wikipedia about Santana (nothing in there about the Guardia Civil though …): 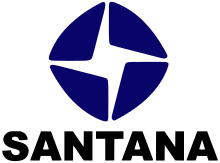 Santana Motor S.A. (/ˌsæntˈænə/; Spanish: [sãn̪.ˈta.na]), was a Spanish motor vehicle manufacturer based in Linares, in the province of Jaén, Spain. It was originally created in 1956 as "Metalúrgica de Santa Ana, S.A.", to manufacture agricultural machinery, but soon, in 1961, it began to produce off-road cars under Land Rover licence, which would send complete knock-down kits to Santana's factory in Linares to be assembled there and sold under the name "Land Rover Santana". It manufactured vari...