Kettenkrad and Mine Detectors

Because dioramas using tanks start to get a bit large, and being inspired by some of the vignettes I’ve seen here, I decided to try some smaller stuff.
I bought a Tamiya Kettenkrad from a guy on ebay, started building it but found it was old and not so nice, needing at least some photo etched grills. Then I found some photo etch for a Dragon 1:35 Kettenkrad, so I bought that to use some of it. Shortly after that I found the new Tamiya kit

So in the end I got that one as well…
I decided to combine it with some German Mine Detector guys that I picked up at a Fleamarket recently. They will have arrived on their Kettenkrad to deal with some dodgy ground on the Eastern Front somewhere.
The new Tamiya Kettenkrad is great by the way. Not sure what I will use the old one for!
Any of you guys built these Dragon Mine Detectors into anything before? 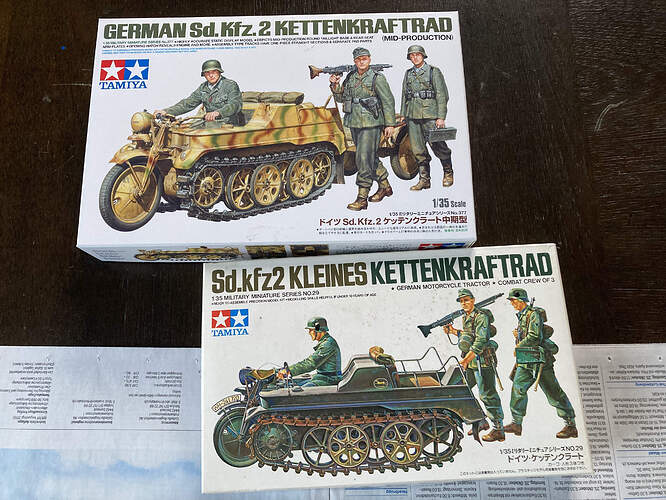 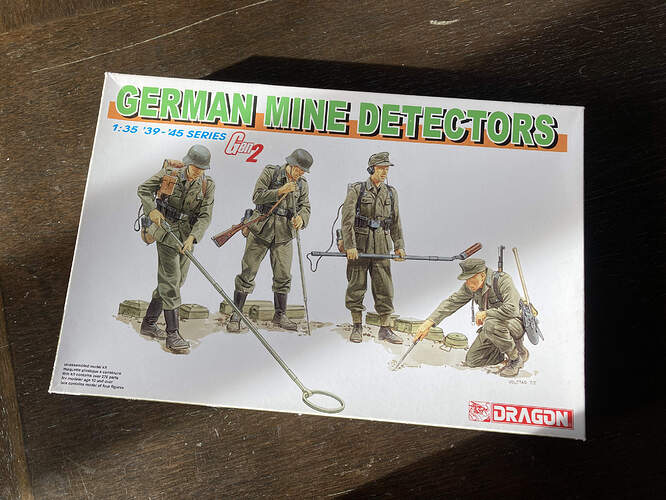 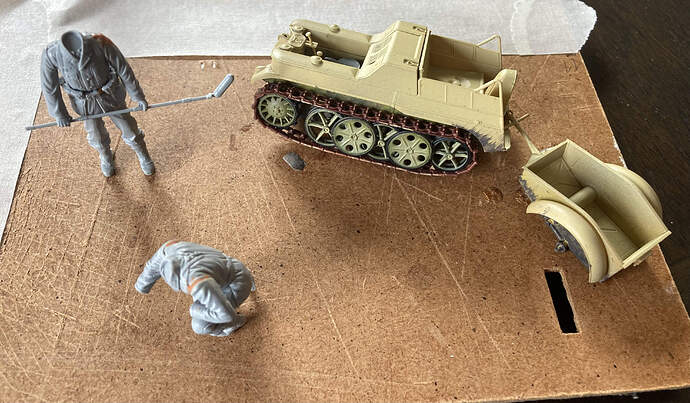 an excellent idea for a diorama, i look forward to seeing more progress soon.

Hi Paul, seeing as you’ve asked the mine detectors were ideal for this oldie of mine - the Panther D’s disastrous debut at Kursk, blundering into un-detected minefields. A crewman expresses his displeasure at the nearest unfortunate detector… 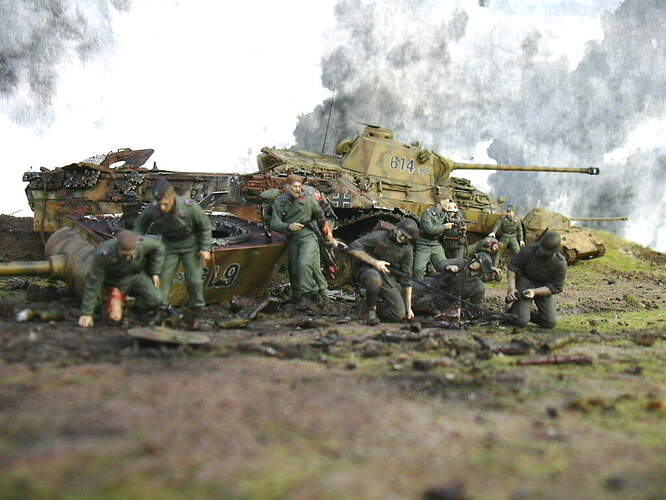 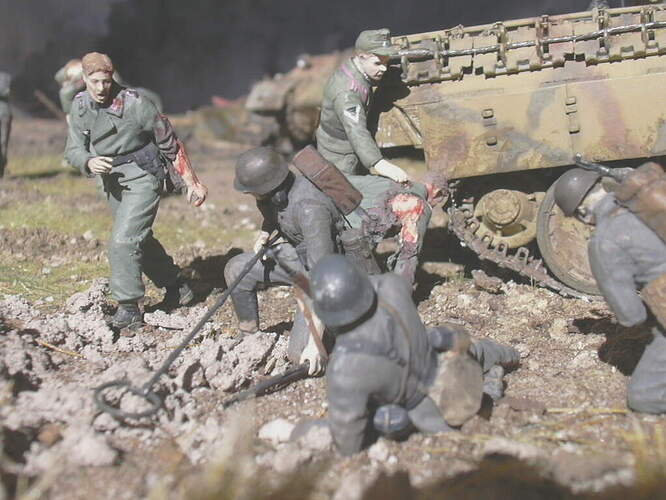 Regrouping for a better sweep… 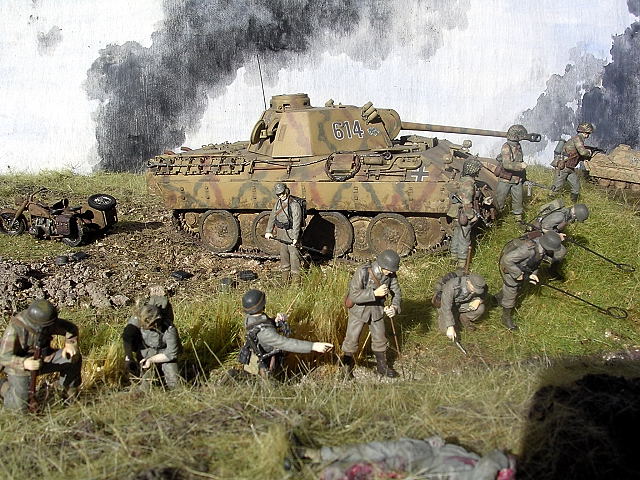 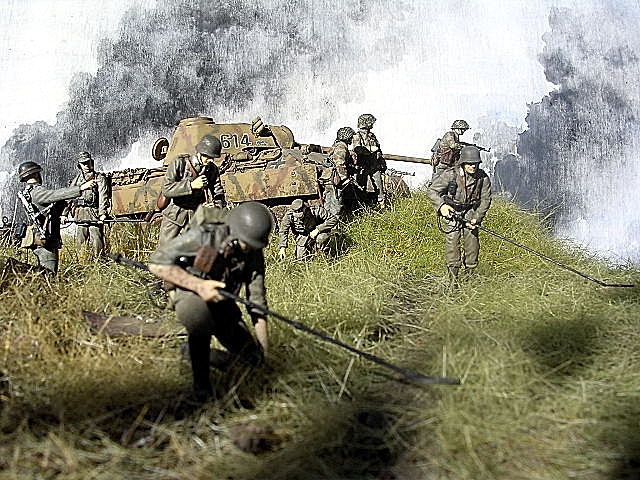 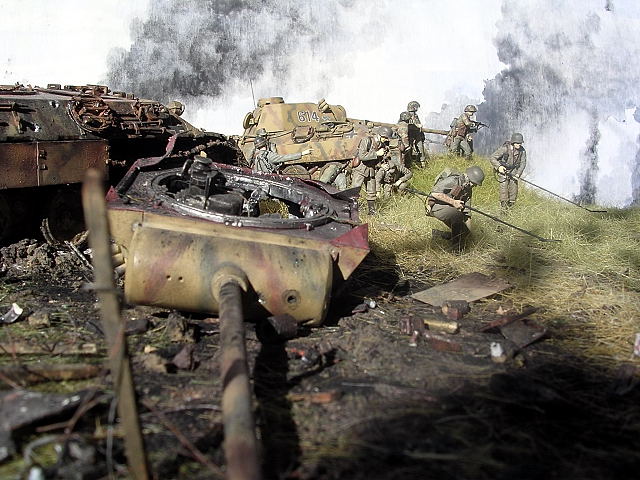 It’s a very good set of figures, strange they’re so rarely if ever seen. Have fun with them

Thanks for the feedback all

/ I’ll give you an update soon- progress has been slow as I was away for a while. The kettenkrad is just about done but I need to get working on the base and the detector guys. 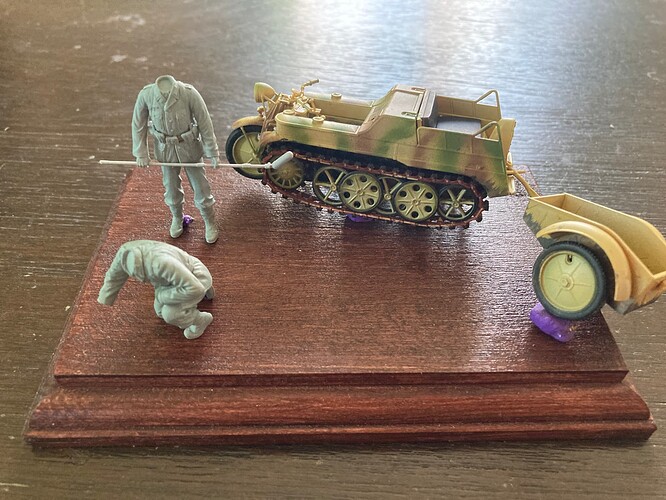 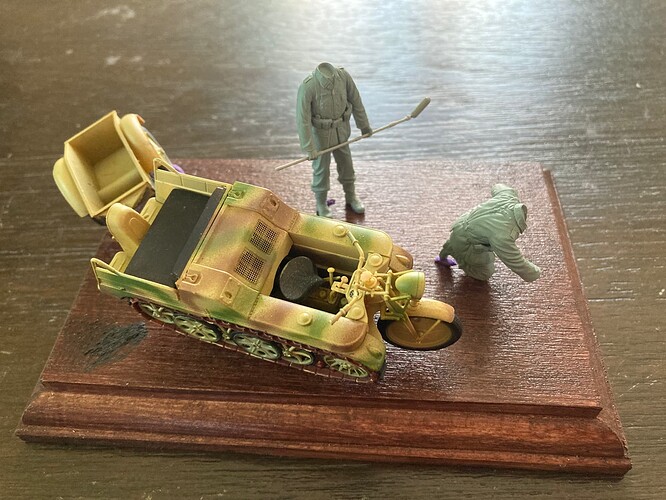 image1920×1440 270 KB
Thinking about which way round to put it. I think with the kettenkrad in the foreground it’s more dramatic

Somewhere in the middle I’ll put an Achtung Minen sign

@PaulG Great start on the layout.