Tamiya have recently released a Challeneger 2 ‘Desertised’ in 1/48 scale. It’s an Operation Telic vehicle from 2003. There is one markings option in the kit (‘One-One Bravo’ from Royal Scots Dragoon Guards). The kit itself builds into a nice Op telic vehicle out of the box but if you want to go anywhere else with it, there is a lot of work to do. To start with, you can’t leave the Dorchester armour package off because if you did, you’d see straight through the lower hull because it isn’t provided - you just get the lower part that contains the wheel stations. To be fair to Tamiya, the outer armour panels and the fabric dust skirts completely hide the lack a full hull tub.

I decided to backdate my kit to an RSDG wagon operating in Kosovo as part of KFOR (Operation Agricola as we Brits called it). That means some scratchbuilding but also adding some other details that would be relevant to any CR2.

So far I have:
-Built up the missing lower hull
-Scratchbuilt new armour panels for the front of the skirts and removed the fabric dust panels.
-Scratchbuilt the standard exhaust cowls and fitted them
-Modified the front armour wedge because the Kosovo vehicles were not generally fitted with the armour plate on the glacis. I’ve also removed the headlamp assemblies from the glacis armour and attached them directly to the front hull plate.
-Removed the moulded CIP panels on the turret sides and also the moulded panels either side of the gun (they show as white in the box art)
-added bolt head detail to the towbar cradles
-wiring for the headlamps and tail lamps
-drilled out headlamps to receive lenses
-mudflaps
-fuel tank vents (the thin white rod on the engine deck)
-drilled out the TOGS barbette to receive a lens 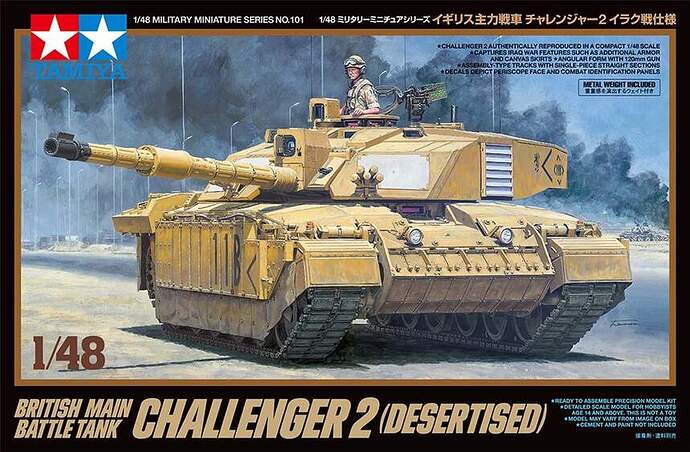 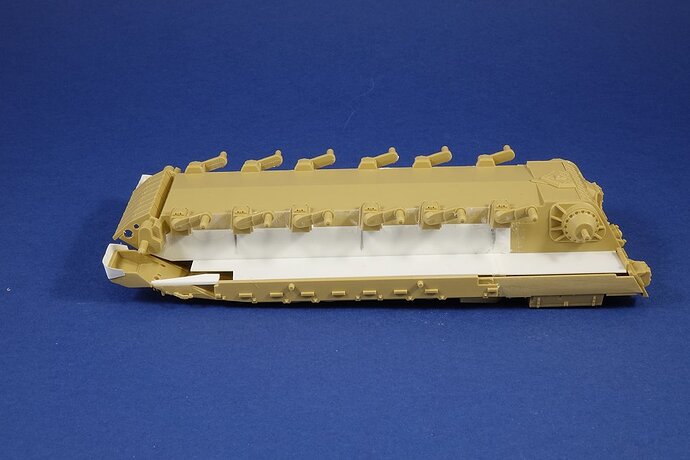 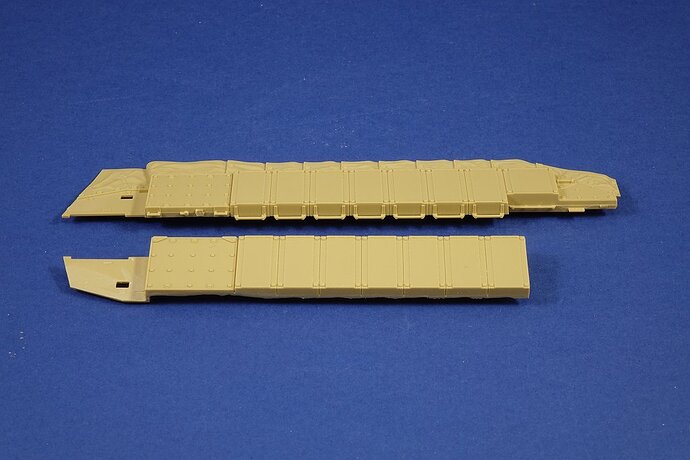 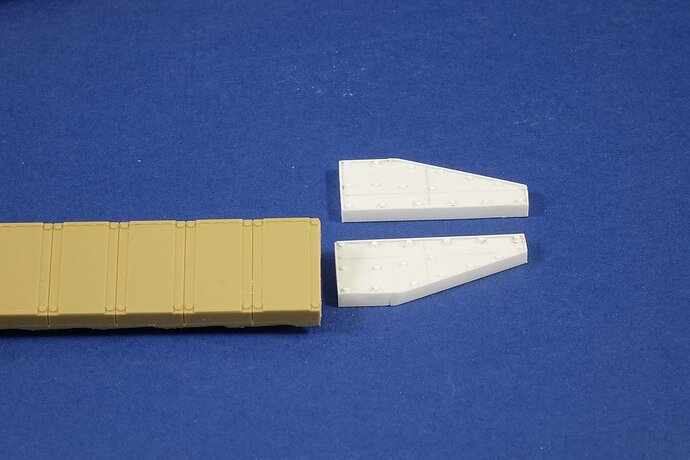 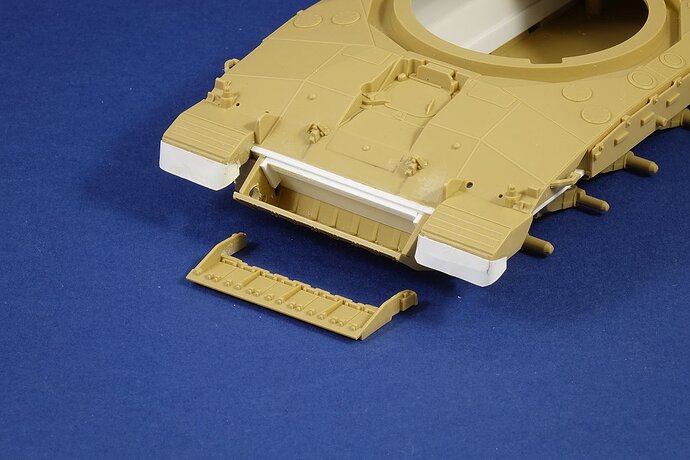 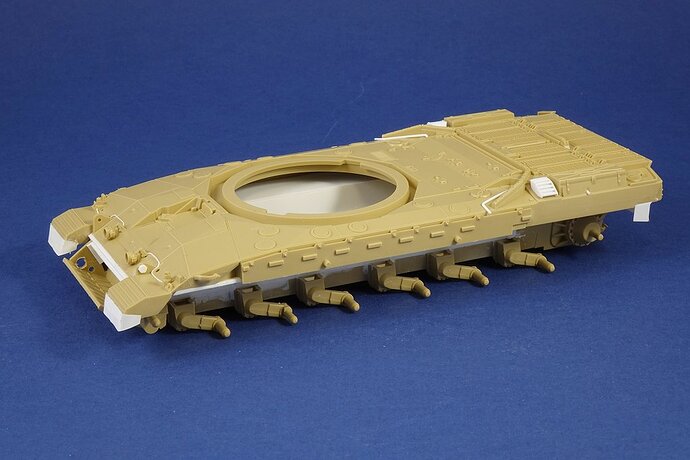 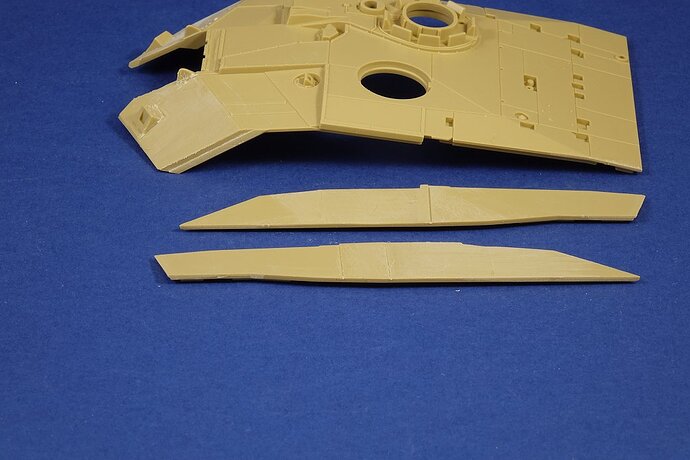 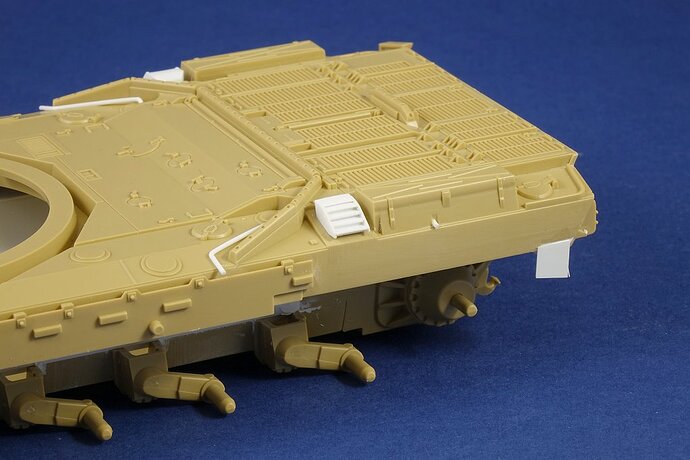 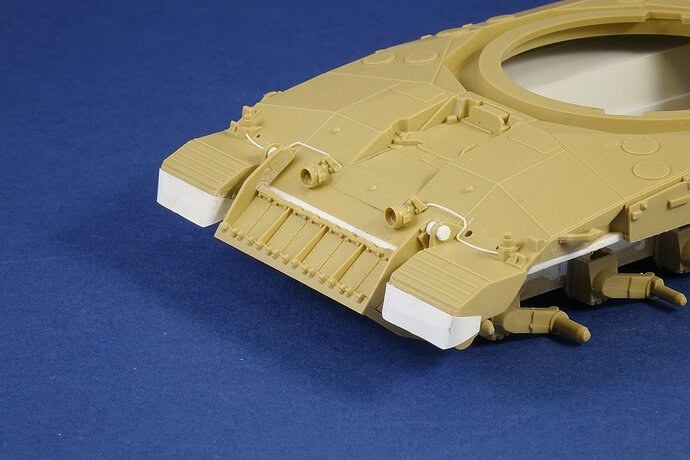 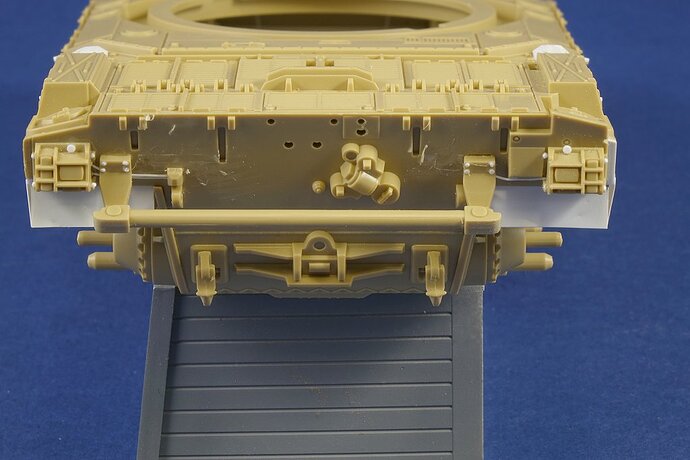 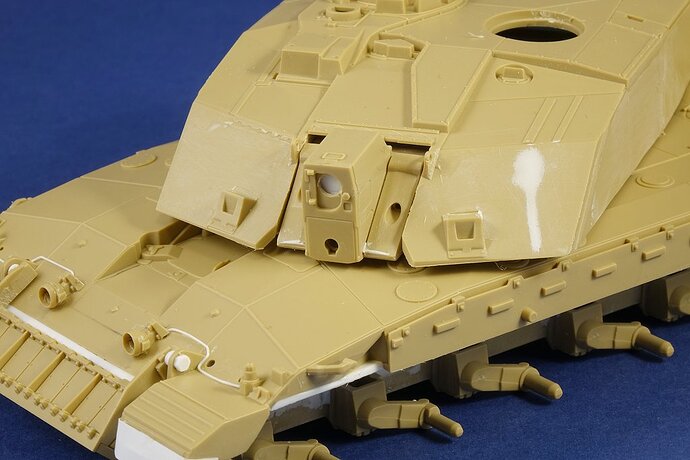 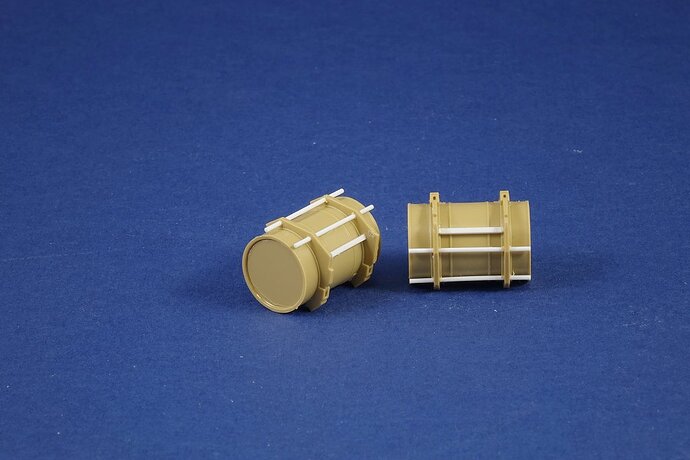