The scene depicts a driver error on the streets of Bundang South Korea. I was originally going to do a field type setting but decided on the city for something new to me. As I developed the idea it slowly expanded and I kept making additions, which is problematic as my dioramas are too large! Any way its Academy kit 13511 which went together very easily. No complaints at all. I didn’t replicate the camo pattern exactly but chose to do a simpler version of it which mirrors the pattern but isn’t totally true to the exact pattern on the examples I could see on you tube etc… The scene is an actual street corner in Bundang I have visited in the past. The building, street lights and the crushed truck are all scratch built. The truck being a last minute addition for fun. I used Green World Stuff products to recreate the bricks for the interlock, they are all individual bricks. Blue stuff to copy a set of tires and one side of the truck from a model. and Milliput and acrylic resin in building the truck. Nothing to complicated I assure you. The asphalt was both AK and AMMO versions, both were nice to work with, same as for the concrete in the building and the curb. Both products are nice to work with. Hope you enjoy it. I enjoy looking at all your creations and so want to reciprocate the favor. 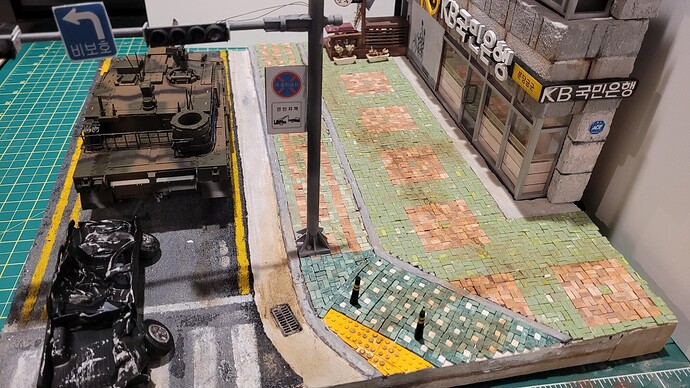 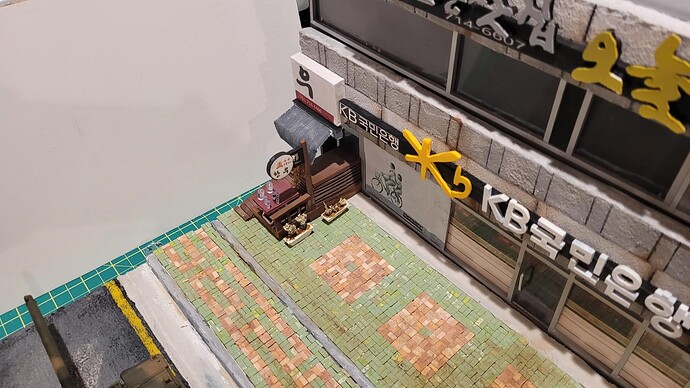 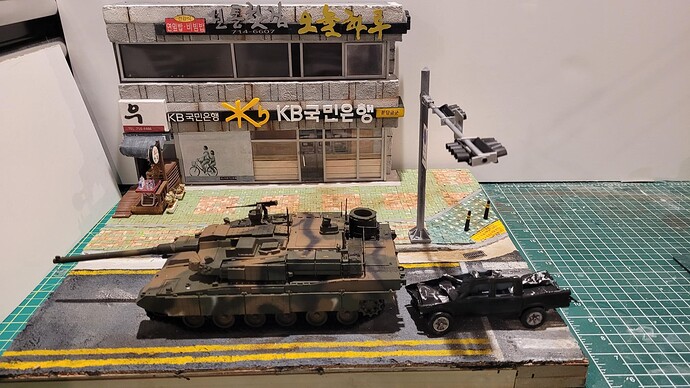 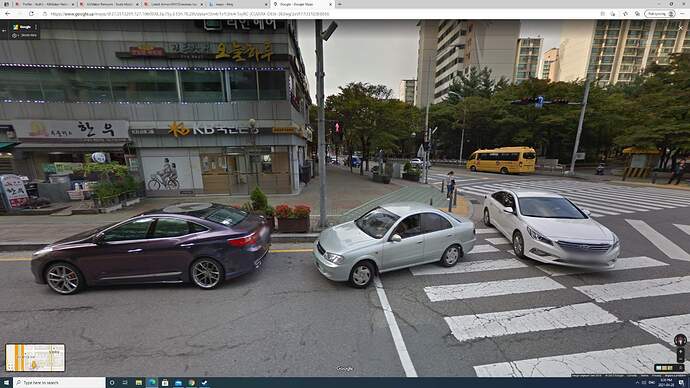 Holy cow, man! I love it. As I chop up wings for Korean BQ wings tonight.

Really impressive depiction of the street corner. The K2 is really nice too.
I would suggest you create more damages to the wheels. Usually when cars are crushed by such a mass some of the tires explode.

Really nice work- a great original and unique setting for this tank!

I would suggest you create more damages to the wheels. Usually when cars are crushed by such a mass some of the tires explode.

Sometimes they do, and sometimes (amazingly) they don’t.