I did mention the idea before, but the problem is, what would a towed howitzer position be like? I’m thinking of a scene where UN forces have gone to the northernmost point they would in winter 1950, and with Chinese troops about to run over them, some soldiers have elected to abandon their howitzer (which I assume would be stuck to the ground in a very freezing winter) and decide to walk south before they are overrun. I’m assuming a rather hastily erected position rather than a developed one. 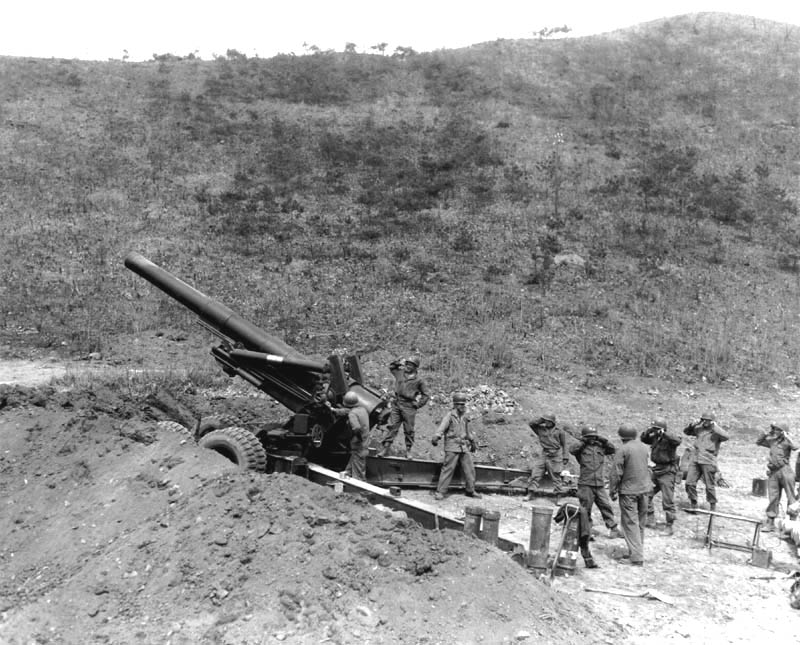 Looks like just some ramped earth around the gun position. 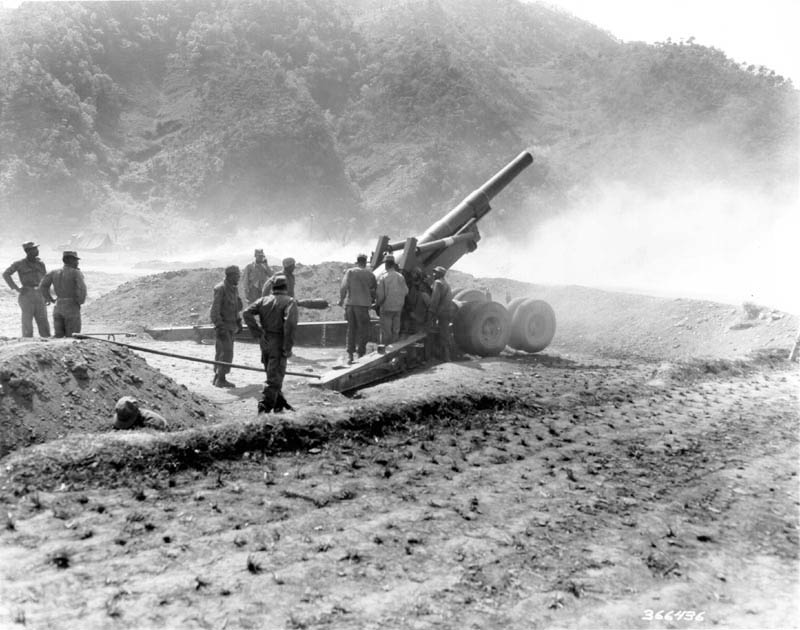 Both images are just captioned Korea 1951

You may not learn much about a Korean emplacement on here, but I suspect you’ll get an eyefull of words about what one looked like 15 years later, whether it’s relevant or not.

Too bad there are no marching Chinese. I can imagine it would be a slow chase, what with ice, wind, and snow making the going too treacherous for any speed.

There are these, pretty close to slowly marching along. Their Chosin Marines would looks good retreating from the howitzer position. 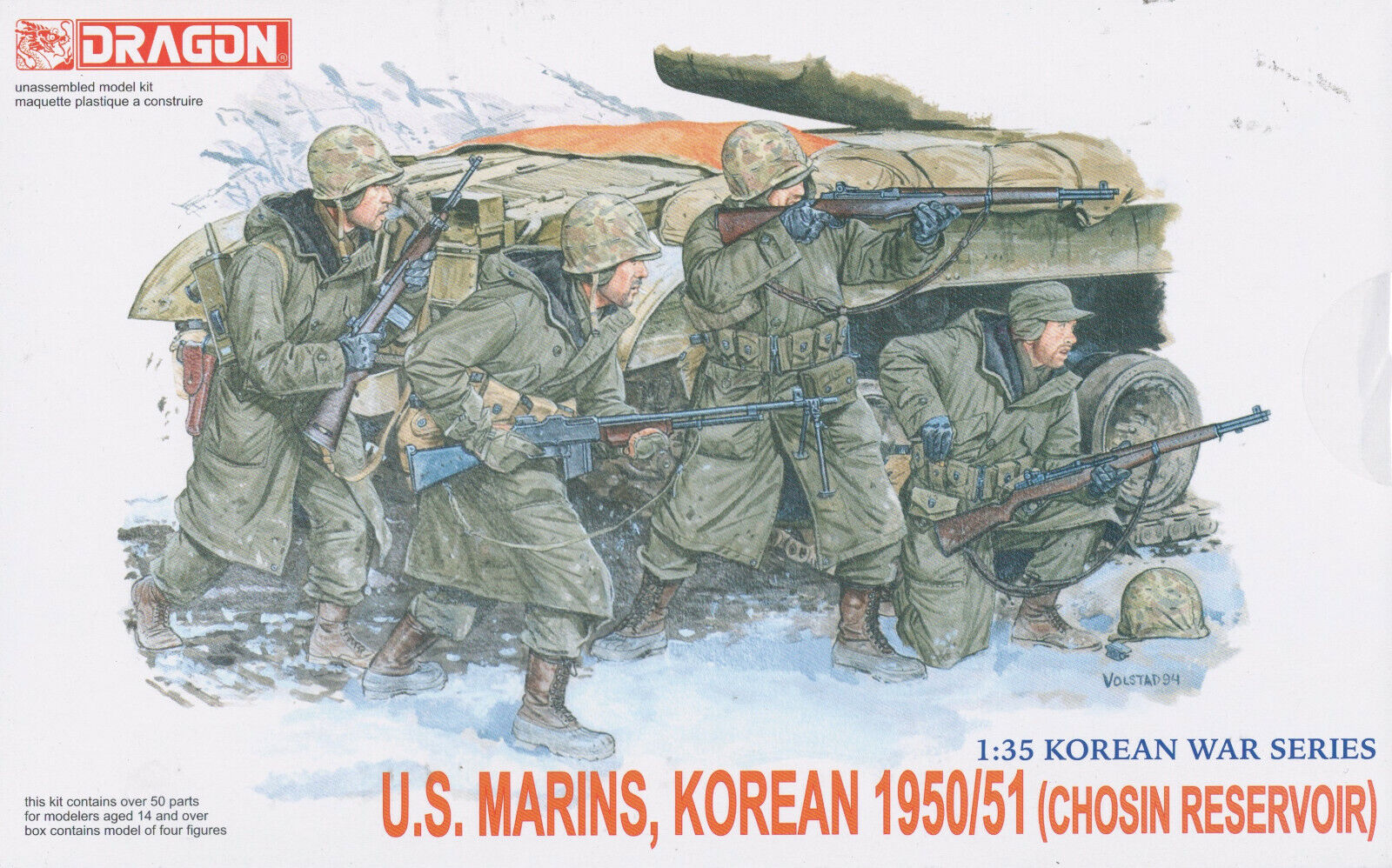 Or these guys from Def Models: 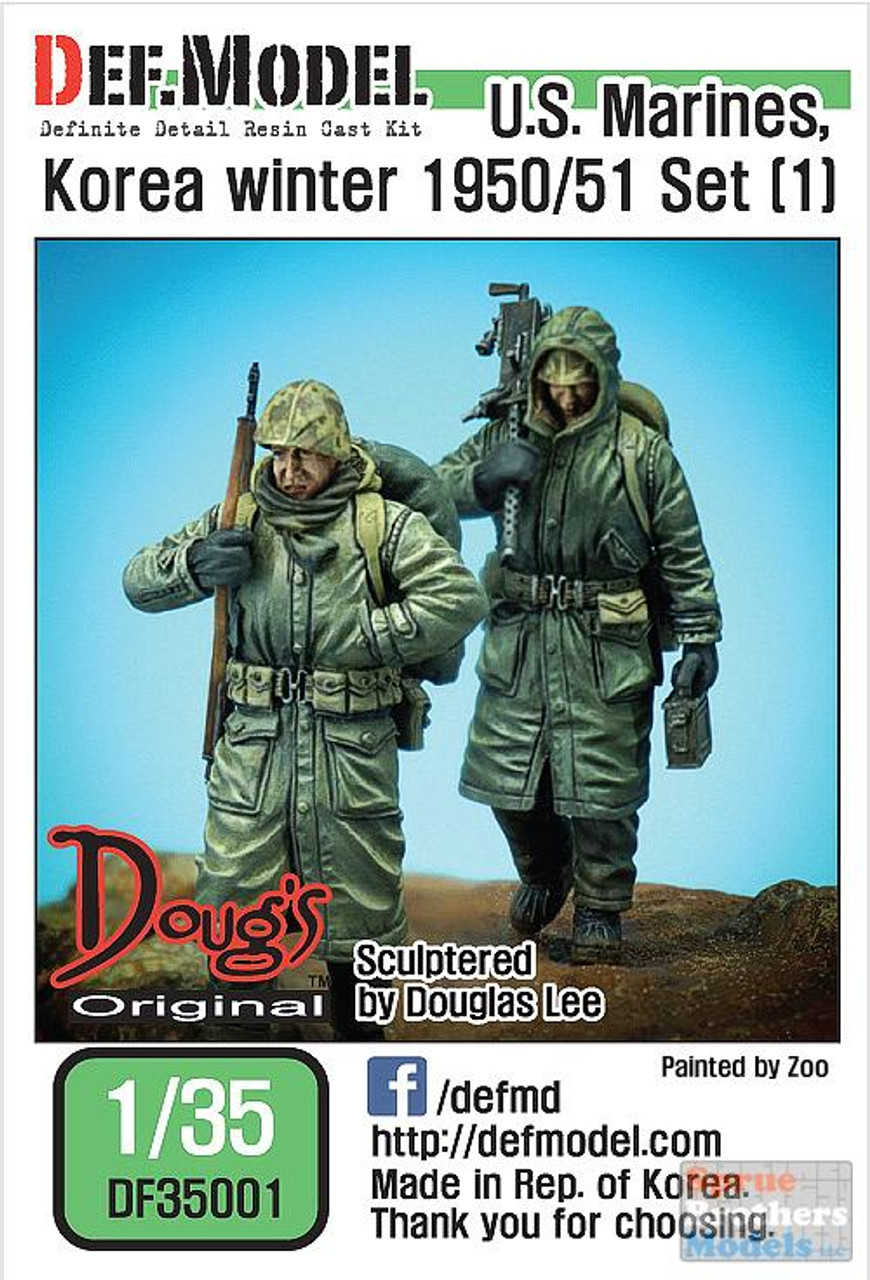 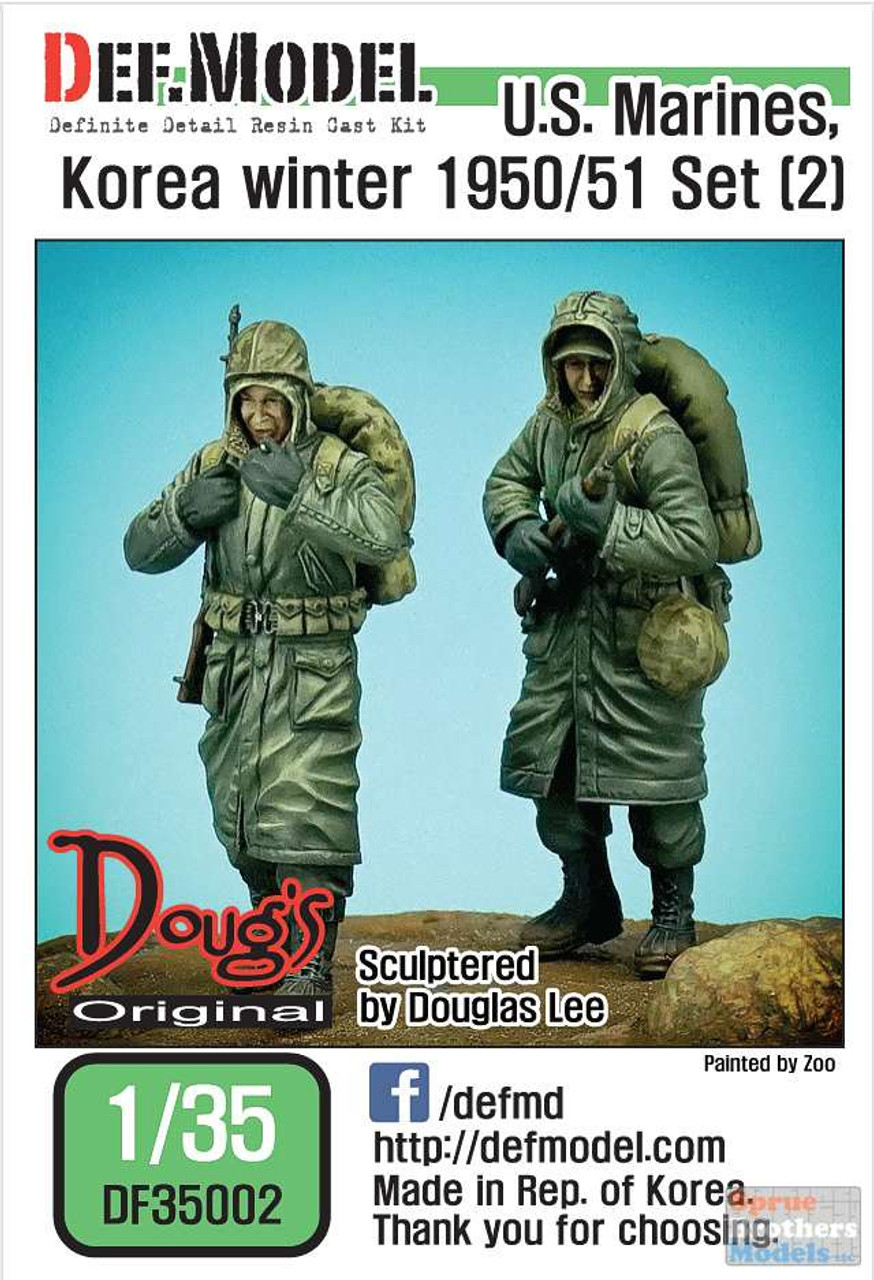