The Ural-375D based BM-21 Grad 122 mm multiple rocket launcher was used by the Lebanese Armed Forces throughout the 1990s, 2000s and 2010s by the 2nd Artillery Regiment. The model kit is based on the BM-21 Grad Multiple Rocket Launcher seen during Lebanese Independence Day Parade on November 22, 2000. 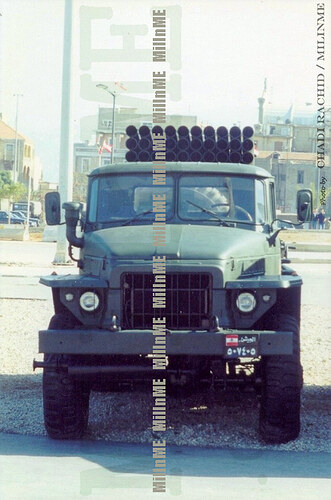 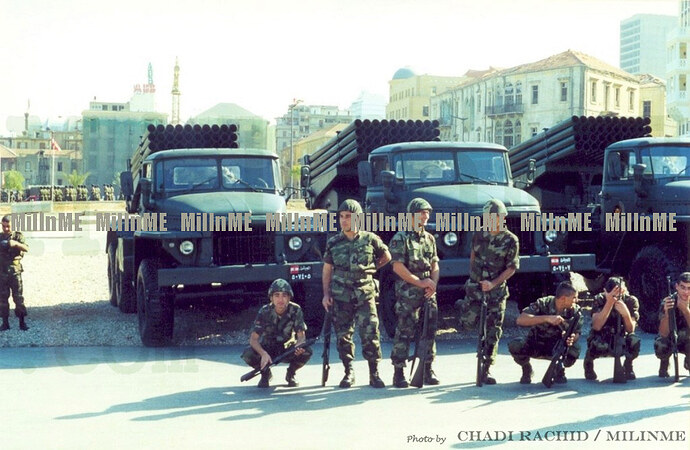 Kit and aftermarket products used for this project:

Sources and documents which helped me building this project:

My own photo archives of the LAF BM-21 Grad 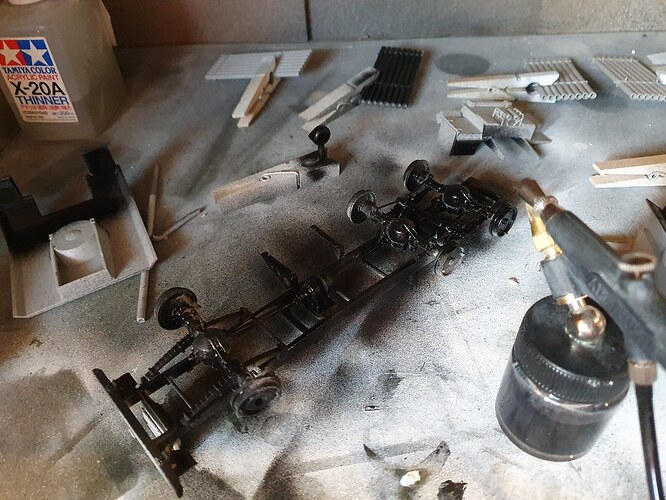 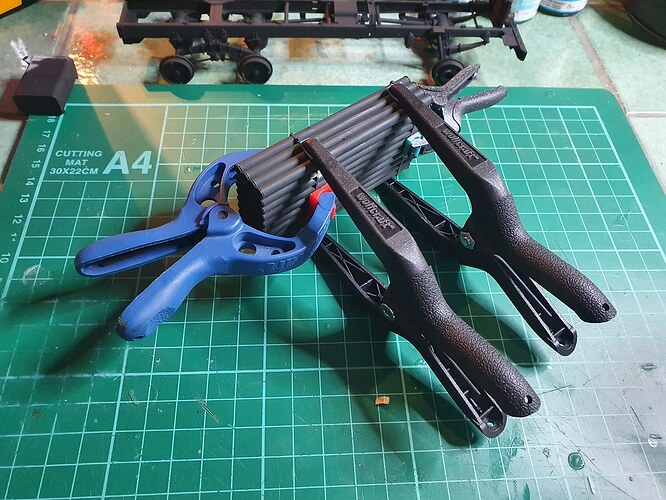 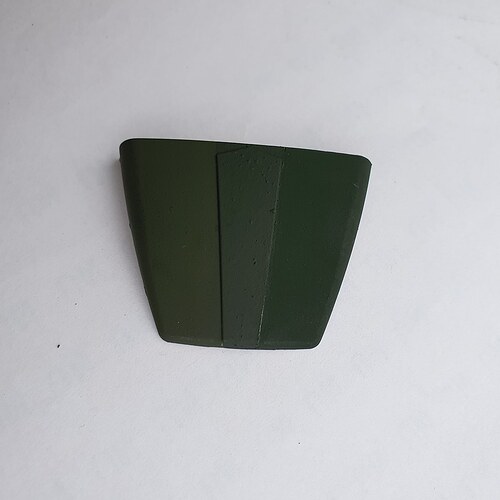 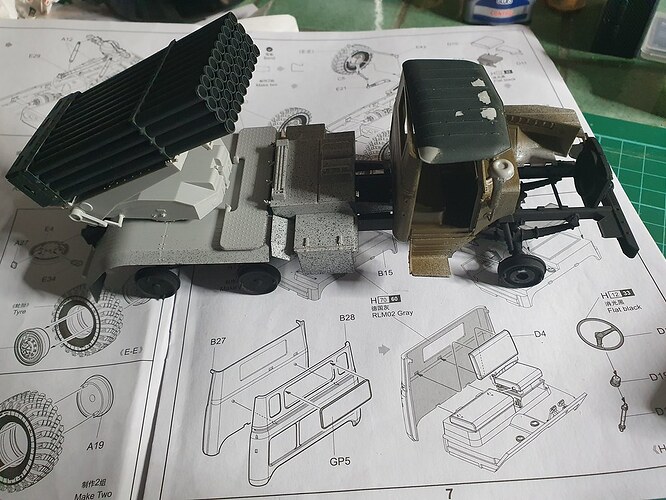 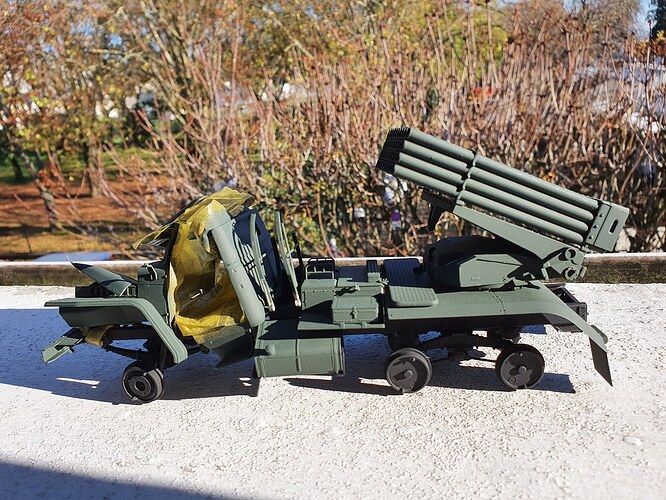 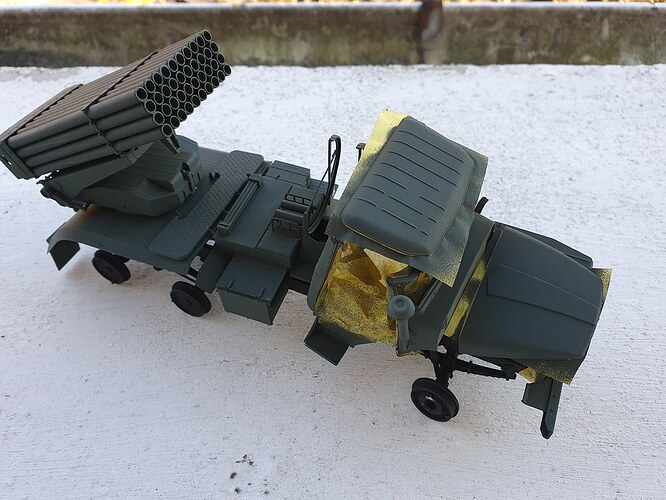 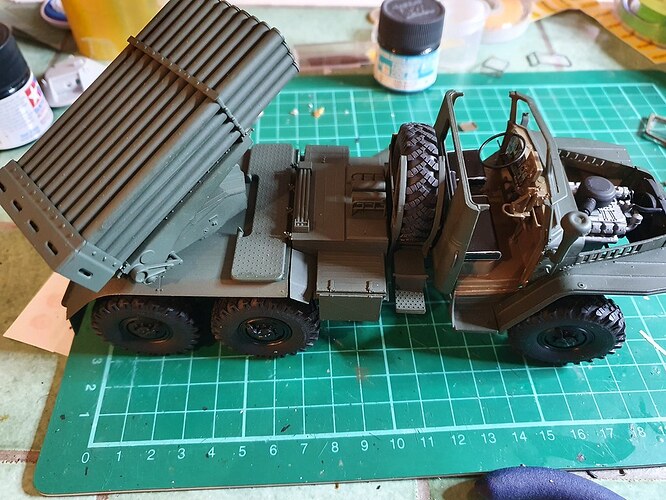 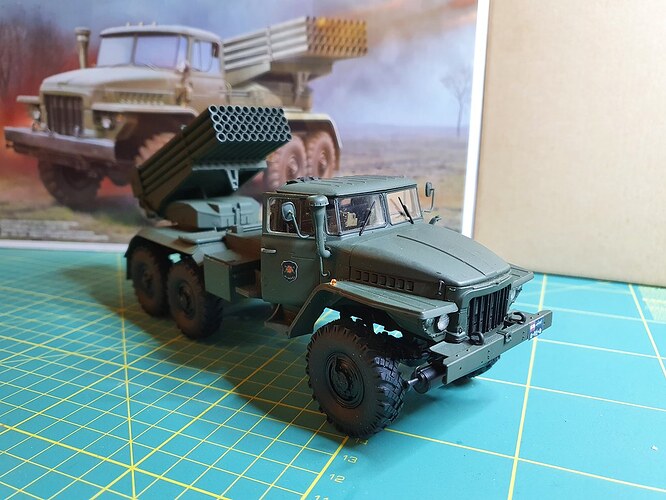 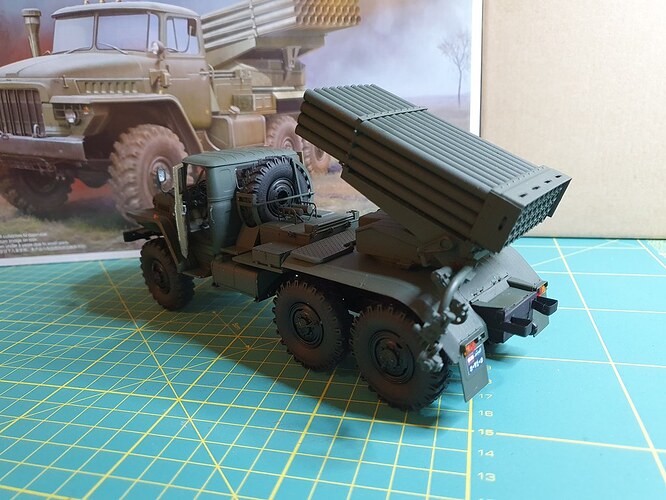 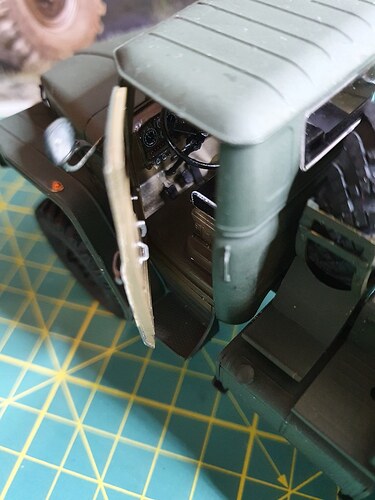 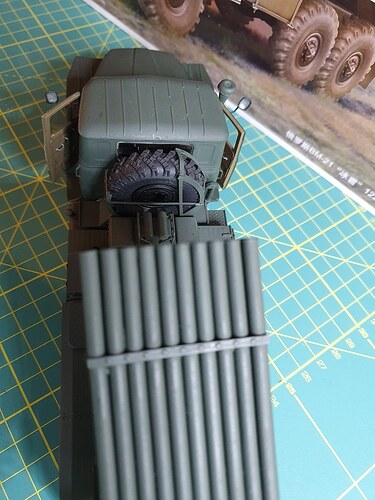 Since Trumpeter didn’t represent the rocket launcher hoses, I had no choice but to scrtchbuild them 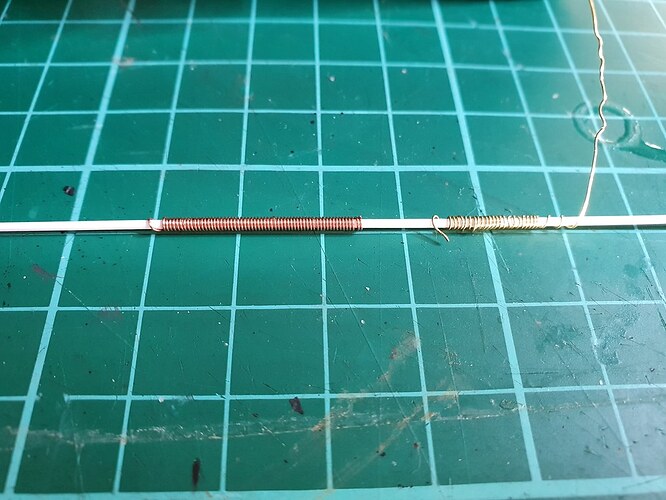 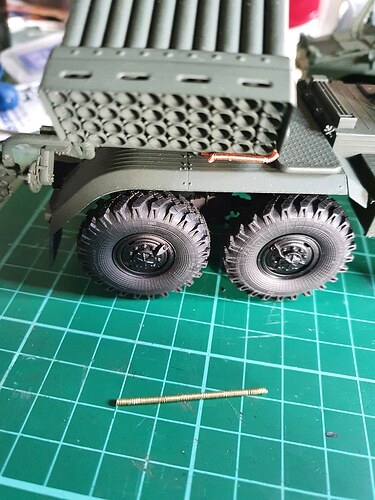 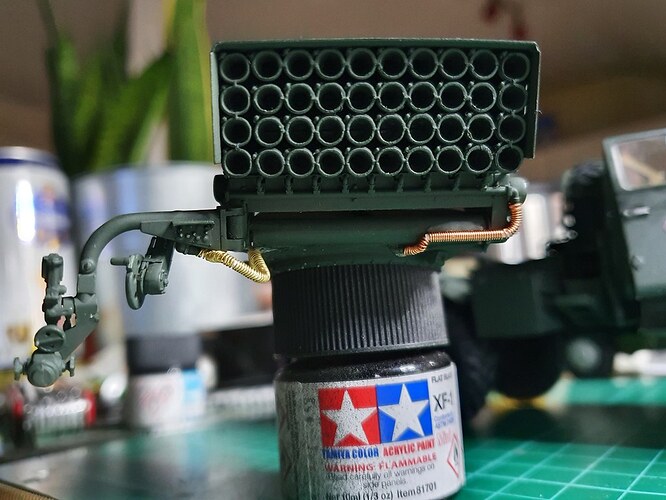 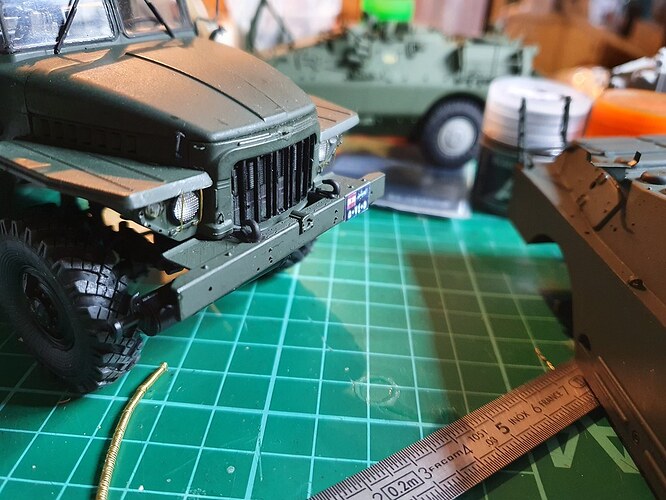 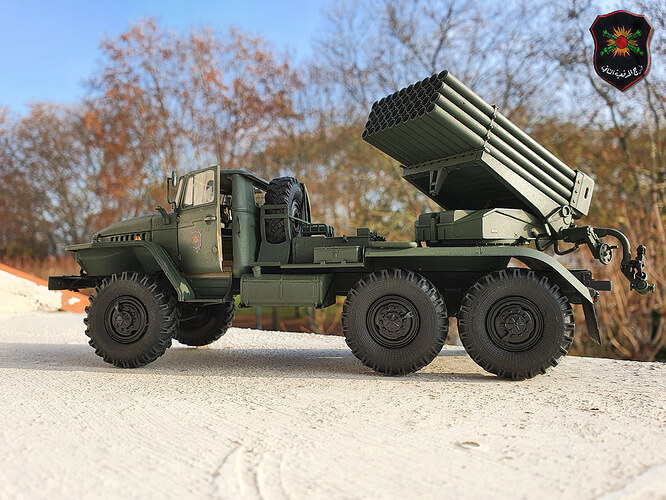 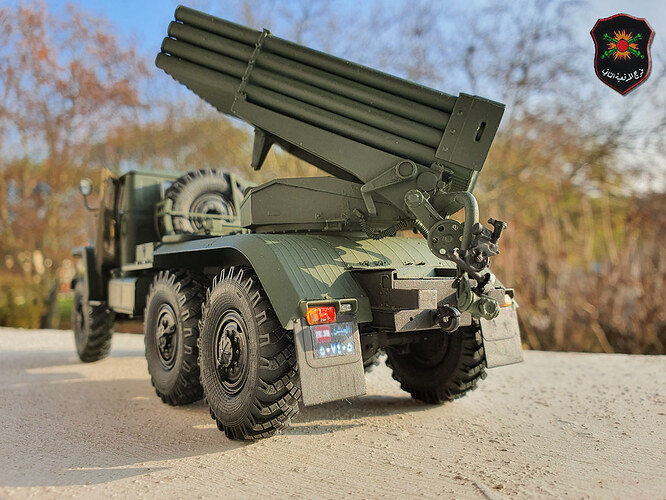 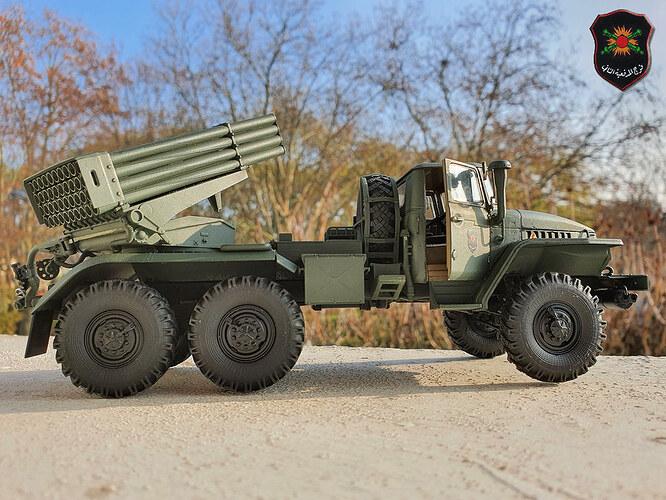 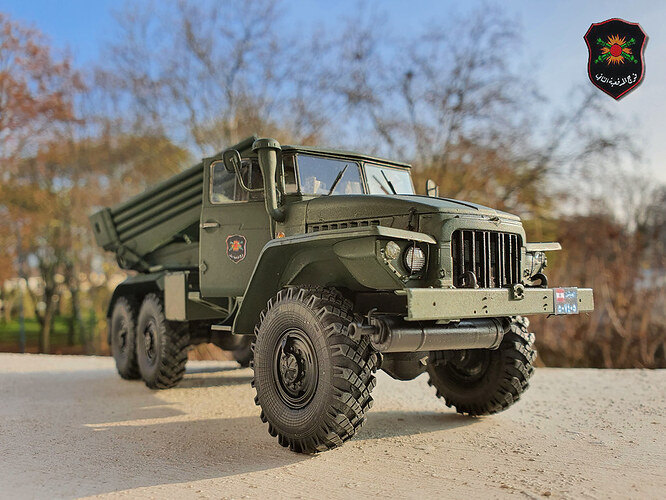 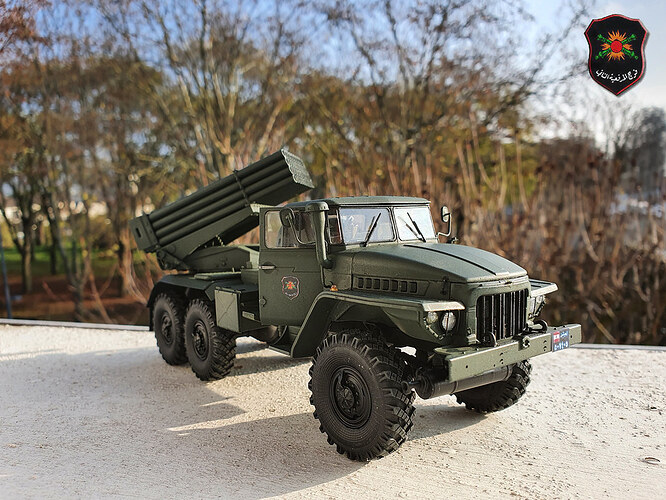 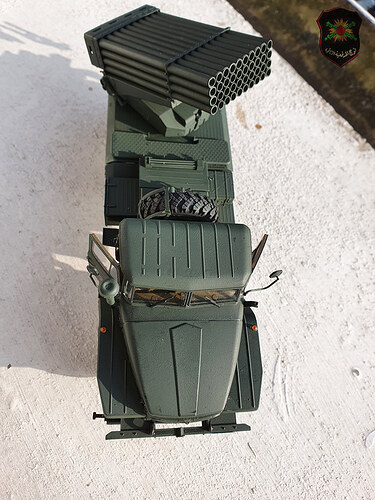 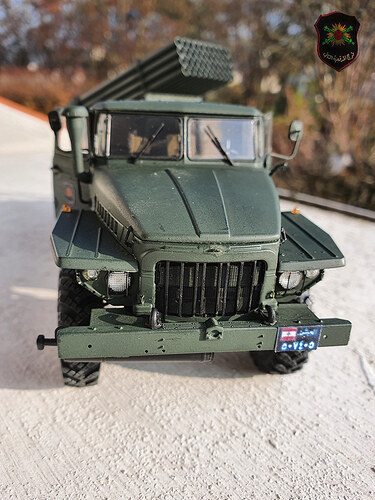 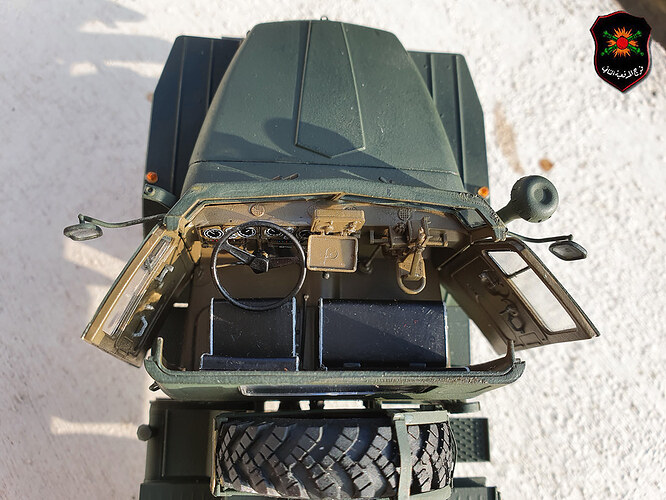 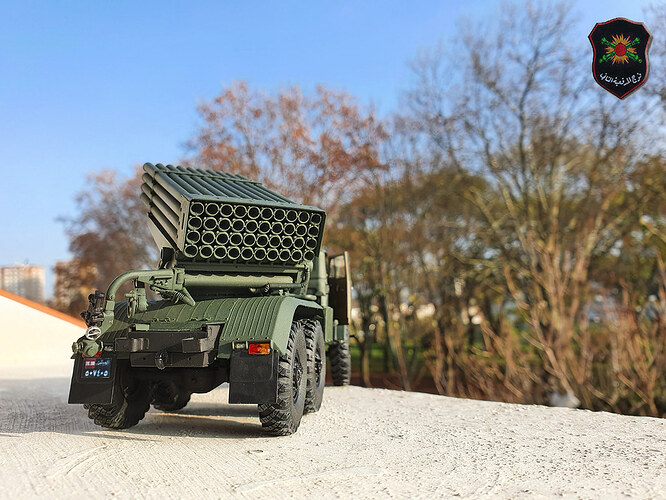 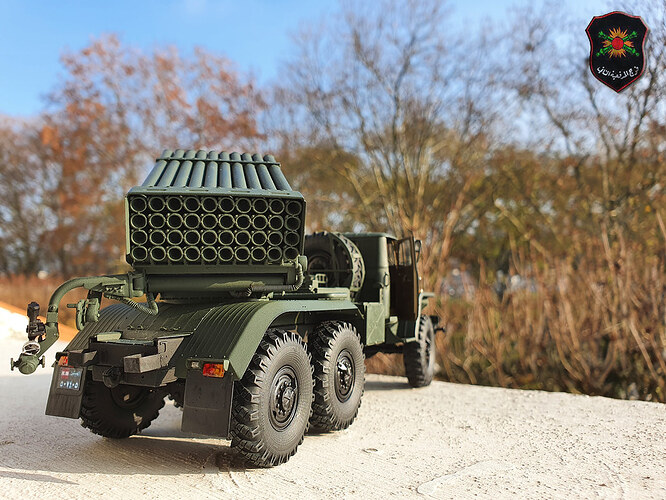 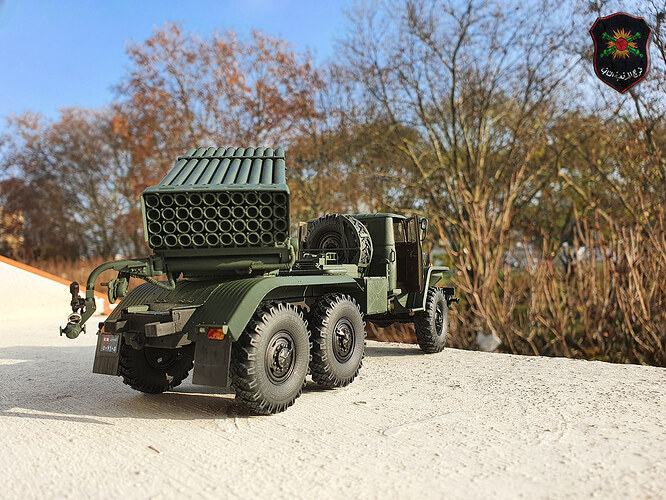 Bulgarian Army fields the same Ural-375D based BM-21, so I have the kit in my stash and will give it justice someday.
Hope I can only build it half so good as you built yours!

Nice job with your additions. Is the exhaust position standard on this truck?
FInally which color did you use for the LAF green? On my M48A5 I used XF-26 Deep Green and was quite happy with it.

I have to shift the exhaust muffler as it comes out too much, I guess I missed something when I fixed it

Concerning the LAF green, I observed the color you used for your M48A5 and I truely appreciate it as it looks nicely realistic. I thought also having XF-26 as a base color but after several tries I didn’t find the color tone I needed for the BM-21. Since there is no Lebanese Army standard dark green as the military in this country uses whatever dark green paint available, you can have a whole palette of dark green, the only common thing being a very dark green hue color.
I finally choose to use the XF-13 mixed with XF-69 to darken it and I feel it’s a best match for this vehicle in particular. I may certainly use another mix for Lebanese T-55s or M48A5. Finding the real green color for each Lebanese Army vehicle could be a real brain teaser.