Takom published an image on their website suggesting a limited edition Gepard A1/A2 in Ukrainian markings? 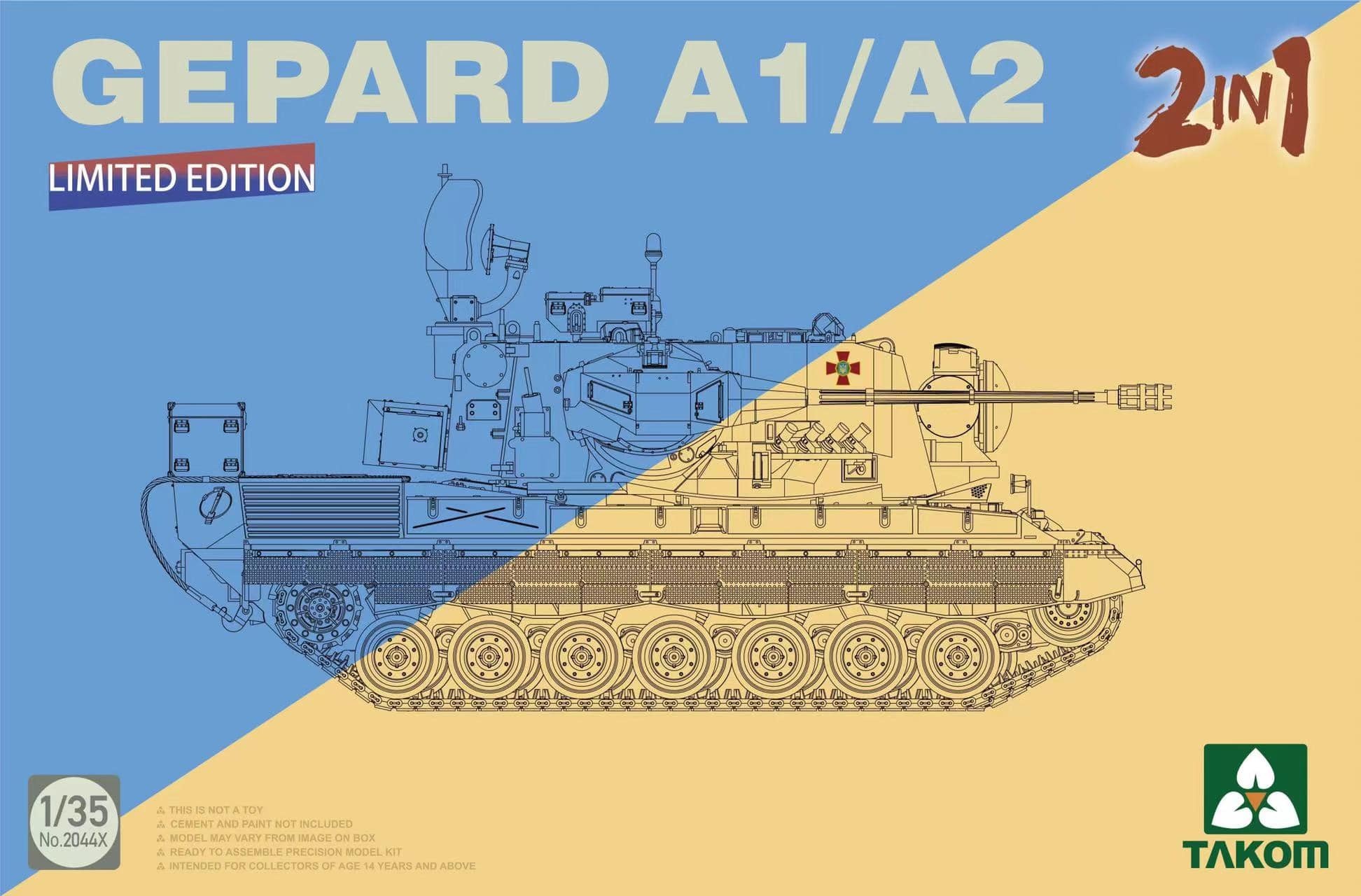 This is partial text from the full article (usually with photos) at https://armorama.com/news/limited-edition-gepard
3 Likes
Johnnych01 April 28, 2022, 2:07pm #2

Is there a Gepard in Ukraine?

Has been in the press that Germany is sending over X amount of them.

While you’re at it, Takom…What about a Bushmaster ?

Never let it be sad, nothing makes money like making war…

It is quite a nice kit to build. The rear is not quite the right shape, but if that does not annoy you, it is worth getting.

Or see if you can buy the decal sheet from them…

Torn on this as I have been looking for an excuse to buy and build the ancient Tamiya one as I had one when I was a kid and it was one of my absolute favourite builds.

But no doubt the Takom is a better kit. Three times the price though. Hmmmm.

Three times the price, but 10 times better… trust me, I have built both recently.

Is there a Gepard in Ukraine?

No, and there won’t be any soon. My opinion.

Germany is willing to deliver but there is the problem to teach the users on it and there is only a amount of 24000 rounds of ammunition in stock .
Mussle velocity is 1000 rounds per minute, thats not much ammunition then.
The ammunition to be used comes from switzerland but they dont deliver new ammunition. So i dontt think that the Gepards will never see combat in Ukraine.
I am ashamed of my land germany.