I ordered a K-M F4-E and the exaust nozzels are pretty detail less. I saw LP Models had a set for a Phantom in 1/48 but it didn’t say which kit manufacturer it was designed for. Can someone help with a recommendation or a location stateside I can order it from? I am an old time armor modeler and am navigating through the wingy things until I get more experience in this catagory of modeling.

Thank you for your help.

K-M? I’m not sure what that is, did you mean ZM?
I had to Google LP Models, and all I could see from them is boarding ladders.
Eduard, Aires, Reskit , GT Resin all make burner cans for F-4’s. My suggestion, go with Reskit and Sprue Bros stock the line.
I will add that Reskits say they are for Academy/Eduard kits. 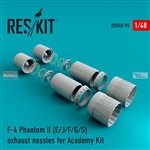 Your correct about Z-M. Thank you for the heads up on the others.

Ah, ok ZM. I’m thinking about getting one of those also.
Those brands I listed are all available at Sprue Bros.
LP, I don’t really know.

GT Resin has one specific to the ZM phanton through Sprue Brothers.

Be careful with these. First, you want to be sure the exhausts are for the F-4E/J/S rather than the C/D, they were quite different. Second, the earlier Z-M F-4 kits reportedly had a somewhat misshapen rear fuselage where the engines were, which has apparently been fixed with the F-4E, so the F-4J/S exhausts may not fit the F-4E. You may have to wait a bit for someone to do them specifically for this kit, as it’s only been out for a short time. Hopefully soon though!

P.S. I thought I should check my Z-M F-4E kit to be sure, and the sprue with the engines, exhausts, etc. on it is labeled “F-4E Phantom II” and does not mention the F-4J/S. I don’t have one of those Z-M kits, but that certainly seems to indicate they’re different. FWIW, I’m building mine with the kit exhausts and so be it. 'Course, that’s my choice, no hit on you choosing differently. They are a bit, well, blah.

To my eye the F4 E and J nozzles look the same. 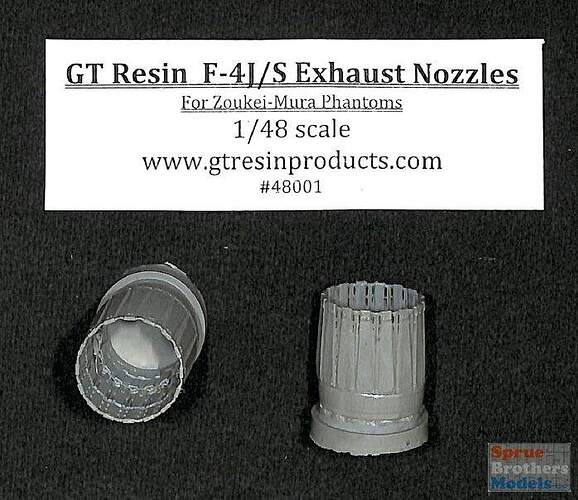 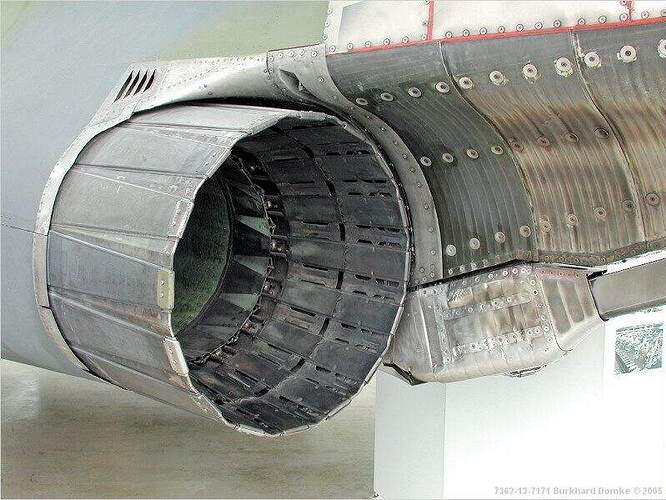 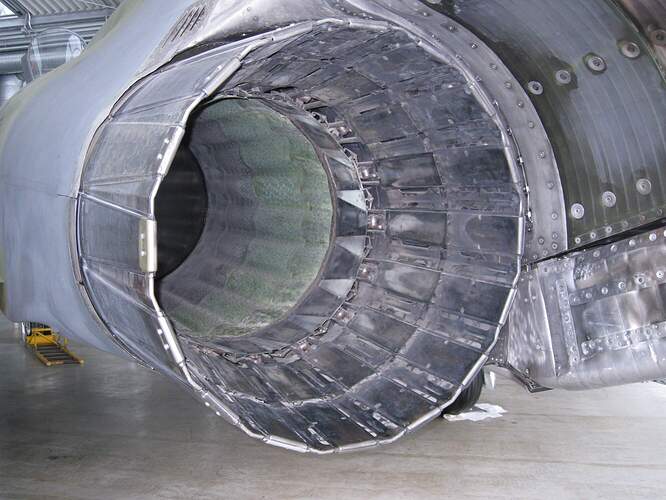 Aries lists the E and the J nozzles as the same. I’m not saying they are the difinative expert.