Looking to get into U.S Cold War armor

As I move along my love for US armor, I’m starting to find a fondness for the M60. I’m interested in these two photo’s: 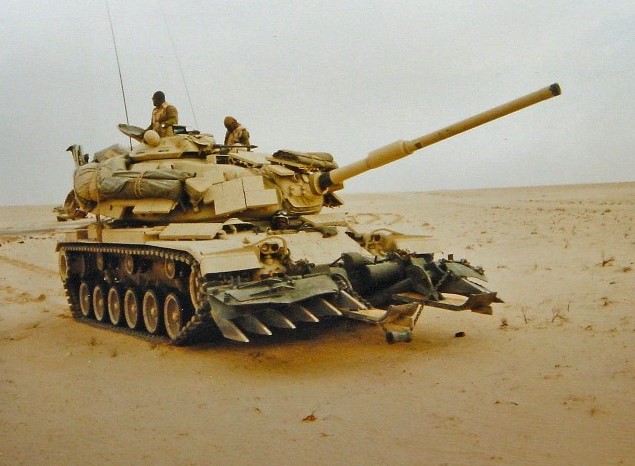 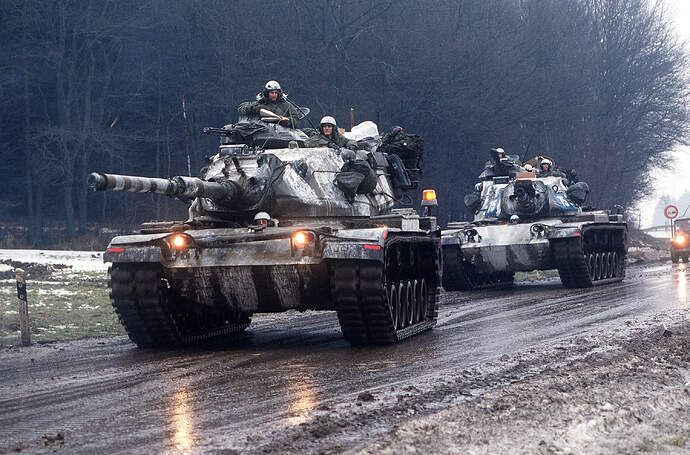 I am assuming the first photo of the desert M60 is a RISE version? I think this would be a really fun build!

The second photo is also very appealing due to the white was applied to the tanks. What’s up with the second vehicles blue numbers? We used whoopee lights in Korea during Key Resolve and Foal Eagle, so I get the light (though the second vehicle seems to have damaged theirs).

Anyway, if you cold war savy folks, and cold war vets of the M60 could point me towards some fine reading, I’d greatly appreciate it. I do have Hunnicutt’s volume on the m60 on it’s way (I’m almost done with acquiring the entire series).

The top photo is a M60A1 RISE with ERA package and mine plow during Desert Storm in 1991. The lower photo is a M60A3, looks to be in Germany. The Blue numbers are for “friendly” forces during a wargame, possibly a REFORGER. The guys playing the commies usually had an Orange background.
Pen and Sword also does a good book on the Patton family. And of course there are the various Osprey, Concord, and Squadron books that are good for photos and whatnot.

Your right the first M60 is a version with RISE ERA armor. I would personally love to see you build it, because M60s along with Shermans and Abrams look great no matter how many you build! I have only built the Academy M60 with ERA. If your looking for a quick easy build I would recommend it but if you want a nicer newer kit then I say Takom is the way to go.

Edit: Dang, Stikpusher beat me to saying it was a M60 RISE.

Dang, Stikpusher beat me to saying it was a M60 RISE.

Every dog has his day

can’t say that I’ve ever seen an M60 (or even a 48) with white wash slopped all over it. Kinda neat, but hate the added light in back. Have to leave that in the trash bin.

When you start to think Cold War, there are so many subjects to choose from that it take two or three life times to make a serious dent in the inventory. Everything from a slick M26 to the M60 Rise. Even the early M1’s fall into the group. Plus a bunch of leftovers from WWII. Guess I ought to start a plan for re-incarnation! Plus hitting powerball (and never taking on another wife)
gary

Don’t disregard the whoopi lights, they were VERY common on armored vehicles back in the day

If you’ve never seen an M60 with white wash you must be Helen Keller’s kin. And the whoopie lights were standard issue over seas (required by German law there.) Hey, Gary! I hear the goats coming. Quick , back under your bridge!

The crack about binning the whoopie light is from a troll that has not figured out yet it is better to keep one’s mouth closed and appear the idiot than open it and remove all doubt.

And I thought it was just me that was board with no matter the post some rant about Vietnam weather it had anything to do with the subject or not.

ok square ourselves away here and get back on topic. Thanks all for the replies!

I’m a big WWII modeler and the daunting aspect of the Cold War is that being a former logistics specialist in the Army, I am well aware of how confusing and numerous the packages and changes can be. The modern Army is a logistical maze of updates and add-ons, let alone cold war era war games, unit SOP’s, different AR’s, and a host of international laws.

REFORGER was the exercise that had american crews deploy to Germany, bust the tanks out of storage and then into the “fight” within a certain time frame correct?

Kit wise, Tamiya has an A1 RISE and Takom’s offering is getting mighty hard to find, let alone afford ($98 on eBay from China).

the A3 is much easier to find!

edit: can someone point me towards the nomenclature of the mine plow? I could probably locate the TM.

REFORGER was the exercise that had american crews deploy to Germany, bust the tanks out of storage and then into the “fight” within a certain time frame correct?

REFORGER = REturn of FORces to GERmany. Yes, they also brought equipment from home station and transitioned from the port and into the fight as well. It was used to train/test the ability to deploy, integrate in existing forces, and be able to fight quickly in the event that the USSR came streaming across the German border for WWIII.

Kit wise, Tamiya has an A1 RISE and Takom’s offering is getting mighty hard to find…

If you are looking for an M60 series kit, the Takom M60 kits are way superior to the old Tamiya kits, and the “updated” Academy copies. The AFV Club M60 kits are really nice as well.

can someone point me towards the nomenclature of the mine plow? I could probably locate the TM.

Kit wise, Tamiya has an A1 RISE and Takom’s offering is getting mighty hard to find, let alone afford ($98 on eBay from China).

the A3 is much easier to find!

edit: can someone point me towards the nomenclature of the mine plow? I could probably locate the TM.

When I built my M60 RISE I used the Academy kit which you can find for around $20-$40 and has good detail for the price.
( I can post some pictures if you want to see the details.) I know that DML has a TWMP you can attach to the M60 and you can find it on eBay for around $10-$20.

Takom has announced the release of an M60 with a plough.

With RISE as well? Because if they are thats great!

Not that I recall, A3 type.

The current plan is to kit bash the Tamiya Abrams w/ mine plow with their M60a1 with ERA kit. This will give me an Abrams in the stash and allow me to build that really cool Desert Shield/Storm M60.

For the same price as just the Takom M60A1 RISE, unless it pops up somewhere in the US for a reasonable price. I’m not a fan of spending $100 on a boxed kit, I’m getting two tank kits from MegaHobby.

Here is the box art from Takom.

It has the dozer blade and not the TWMP you where looking to build.

In a quick evilBay search I was able to find the Academy kit, for $43.

All parts are factory cello sealed with decals. GOD WILL NEVER LEAVE YOU NOR FORSAKE YOU!

On a separate thread I can post some photos of mine I built a month or 2 back so you can see how the details are.
( It is inferior to the Takom kit.)

I’ve already tracked down that abrams with plow, so that’s definitely getting ordered. I still need to look over the Academy M60. I’ve had a few Academy kits and from what I remember, they’re usually not the most accurate kits.

Takom has three M60 kits so far. I’m sure they will come out with others as well. To me, they are well worth the price. I would rather have their superior quality to a cheaper Tamiya kit that just isn’t as good. That is just me though. 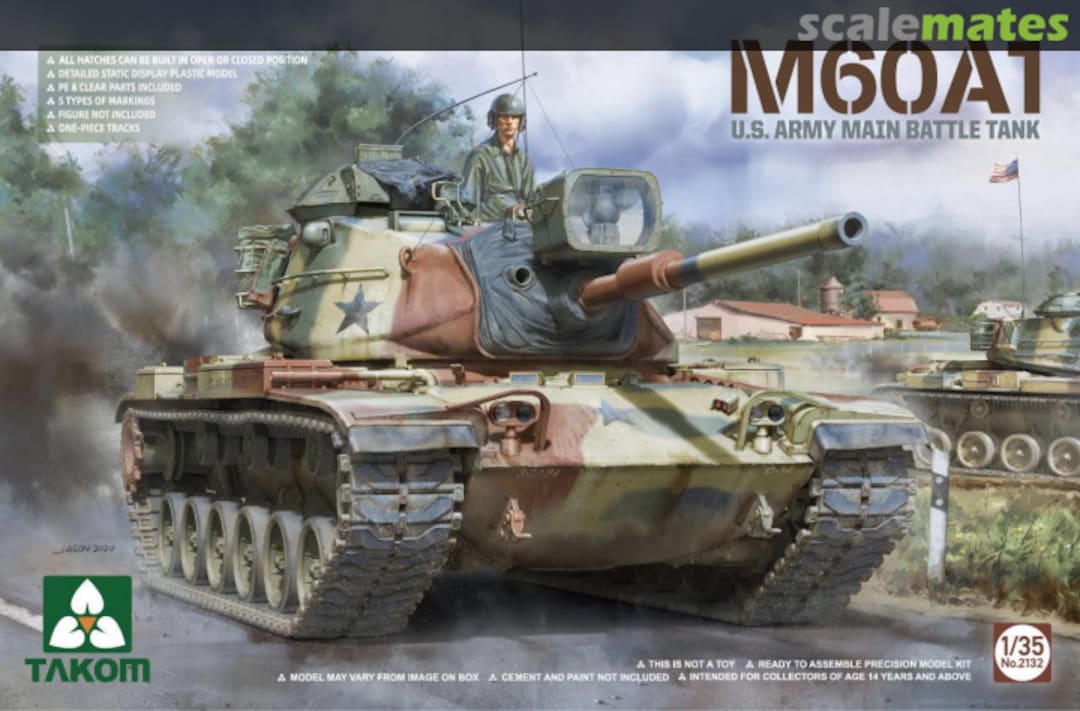 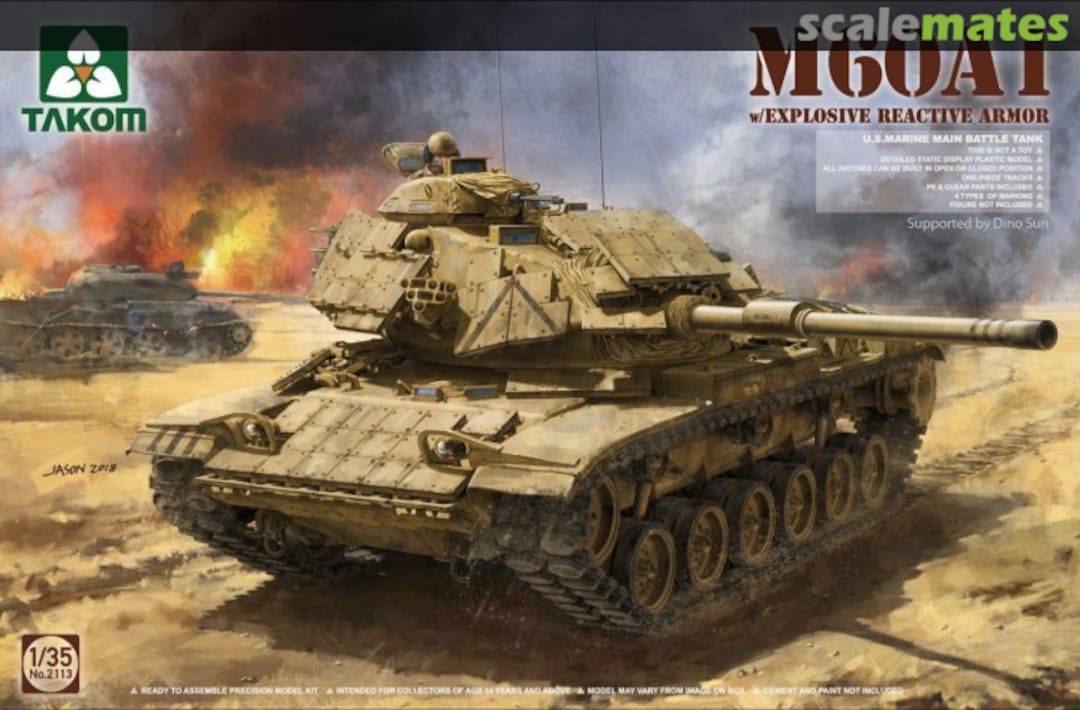 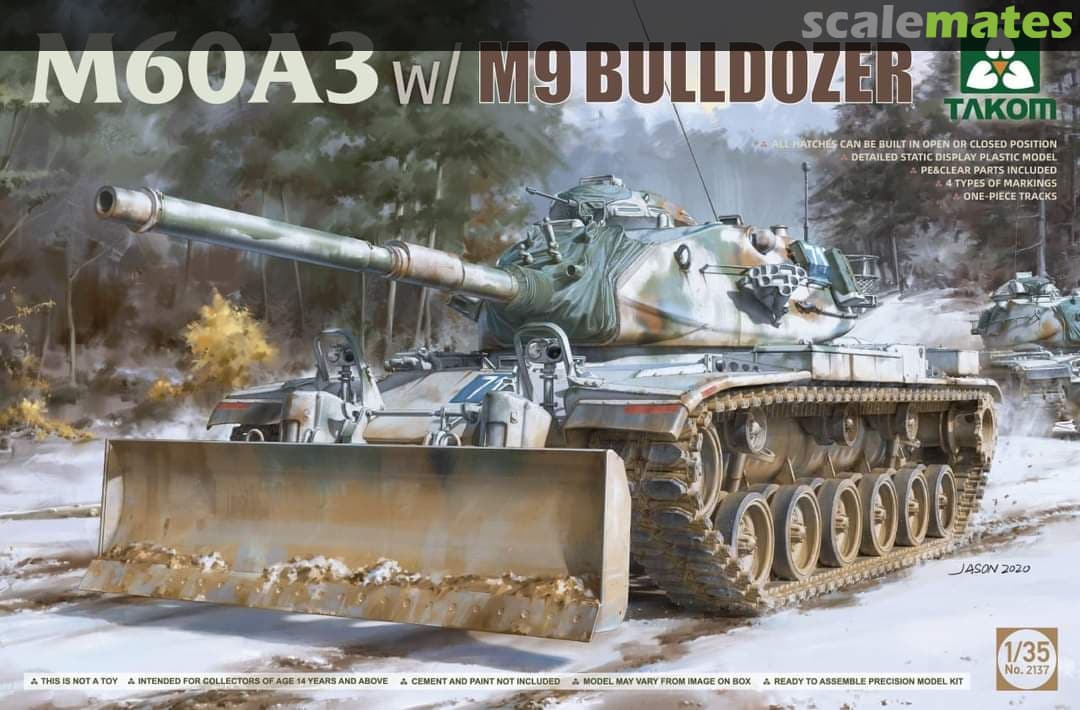 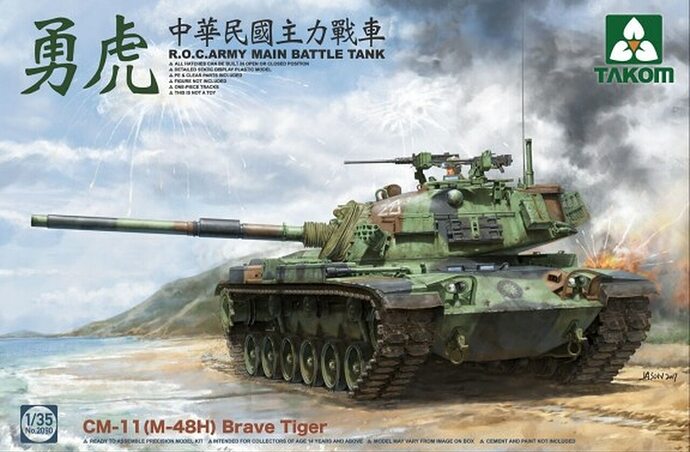 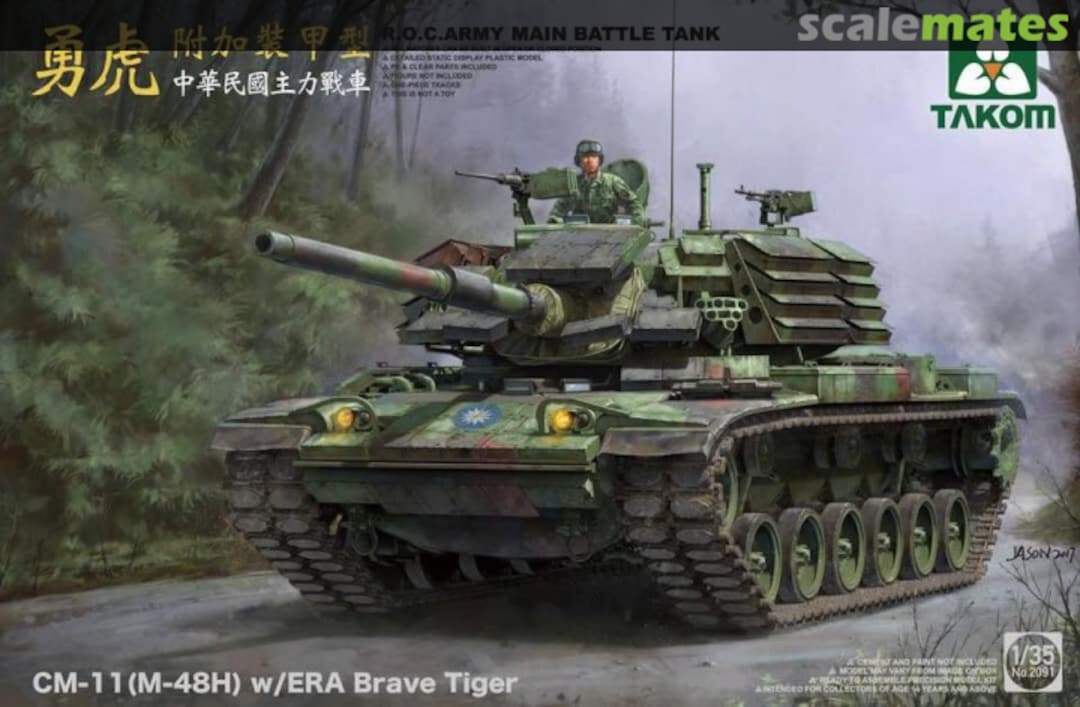