The fun part about modelling is that you can be as exacting or as imaginative as you want to be, depending on the subject. Normally, planes don’t lend themselves to much in the way of imagination, but there are plenty of niche types that offer some creative freedom. A perfect example of that is the realm of “Luft ‘46”. This umbrella covers real and conceptual aircraft that were being designed for the future Luftwaffe before the end of the War in 1945.

Luft ’46 is one of my favourite subtopics, and in fact is the reason I got back into building plane models about 20 years ago. Early on, I couldn’t find a lot of good Luft ’46 kits, but that didn’t stop me from making my own! On perfect example of this is my jet conversion of the ancient (and terrible) Me-109 from Heller/Airfix. This is an old build, but I still like it, and I thought I should share it.

Check it out, and don’t tell me the Germans didn’t come up with weirder ideas!

The Siren Song of the ‘What if’ has haunted me since the first time I ever saw an ad for the comic book series called Tigers of Terra. On the cover there was a brace of He-162s slashing their way t… 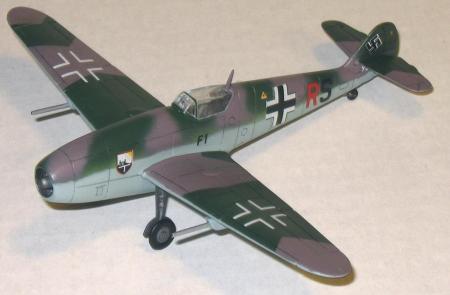 Your project (although not quite correct) did actually happen. Somewhere I have a book on German “V” and “S” series test aircraft, and a jet powered 109 was in the mix. I think it used two of the pulse jet engines from a V1 flying bomb, but could also be wrong as it’s been a year or so since I opened that book.
gary

even shelf queens can find a prom date. 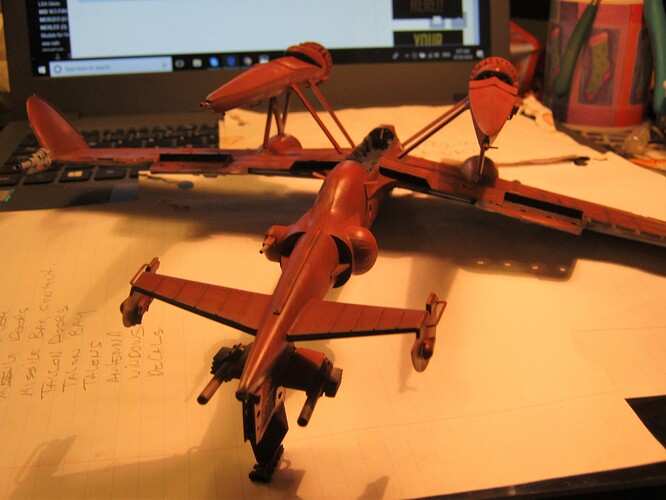 I’ve seen art of a 109 with two TL (jet engines) under its wings in a weird HE-280 kinda way, and an FW-190 with a weird centrifugal engine in place of the BMW 801, but never a 109 with pulsejets! I’m not sure the structure would take that!

Wow… what the heck is that, HGBARNES?? That’s some cool use of floats and well… whatever else is in there! That’s awesome!

It’s an old 70’s Super Model of a CANT Z 506 Air One float plane. Nice call on the floats. I’ll have a full build feature on Model Geek in the near future but the short answer is German and Russian tank parts with the plane turned upside down and backwards. 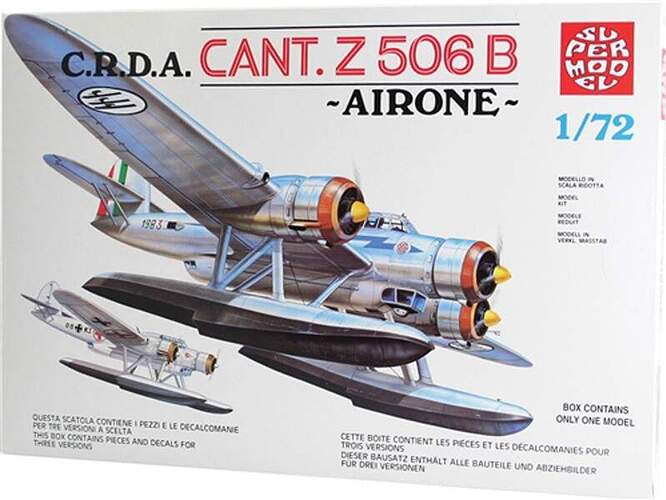 it’s been awhile since I’ve even cracked open that book, so could well be in the wrong. I bought it with an idea to doing some V series ME262’s, but then I find the S series in it as well. Both are prototype airframes, but one seems to be further along the development path. In the book there is a glossed over history of the aircraft by the V number or S number. The Revell 262 kit or the Airfix kits would probably be the good starting points for the ME262. The 109 would probably be up to the modeler’s whim. I’ll have to hunt that book up. It’s pretty neat.
gary