M16 Half track side folded

I found a pic of a M16 with the side of the “box” folded down, but only the aft part and a soldier over the unfolded part.
I want to know if this a field modification, or its standart feature, or just an optic ilussion

@Alvaro_Brasesco Hi, they are normally bolted together at that point and operate as one but it would be easy enough to take apart in the field.

Thanks for your quick response, as you say I have always seen everything as a piece, I did not know that it could be used that way.

This photo shows the side armor folded. It looks like two separate sections. 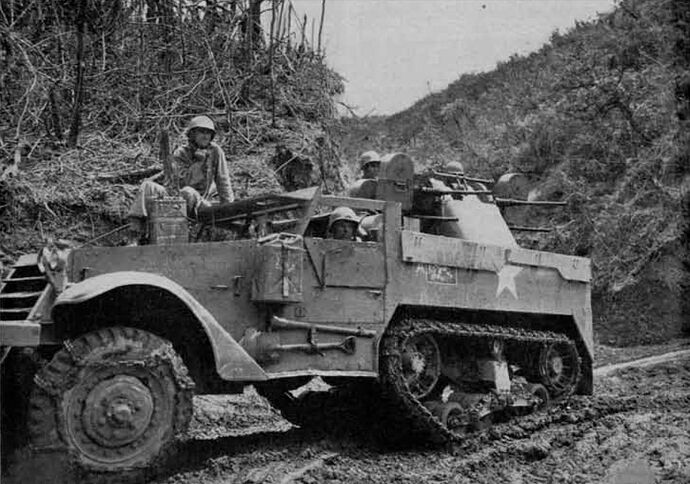 Thanks for the pic!

Here’s a close-up of the connecting plate : 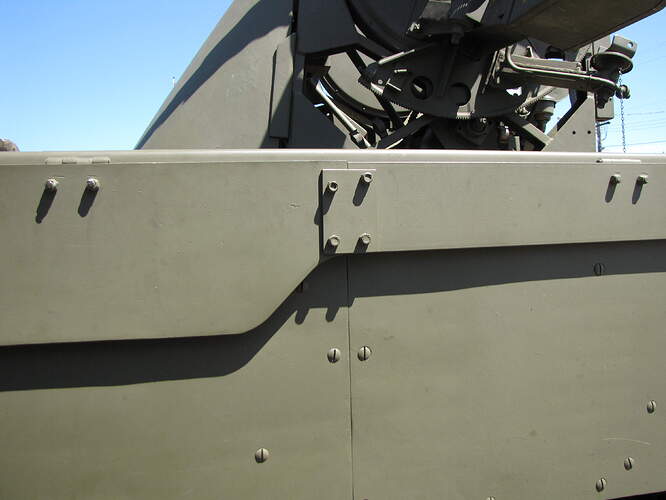 If the connecting plate was removed to allow independent folding, would that result in bolt holes all the way through or sockets?

They are thru bolted

I guess they would put the bolts back in so they wouldn’t get lost.

If they were smart