Working on the Academy kit and the instructions provide a paint scheme for Vietnam, OD with buff and black. Can’t seem to find any good photos and was wondering if this was the real deal or something Academy just cooked up. Thanks.

i came across this and does appear to be in Vietnam, maybe Gary might hop into this thread as he’s a good source of knowledge there.

i seem to recall someone building one of these a few years ago and Gino said something about the road wheels were not accurate but i could be wrong.

Thanks I have seen those. None of the real one seem to have the camo I described that’s why I was wondering about it.

Thanks. Do you know if the radar have been fixed. If not would the mounting brackets be attached or was Vietnam use pre radar equipped? Thanks again. 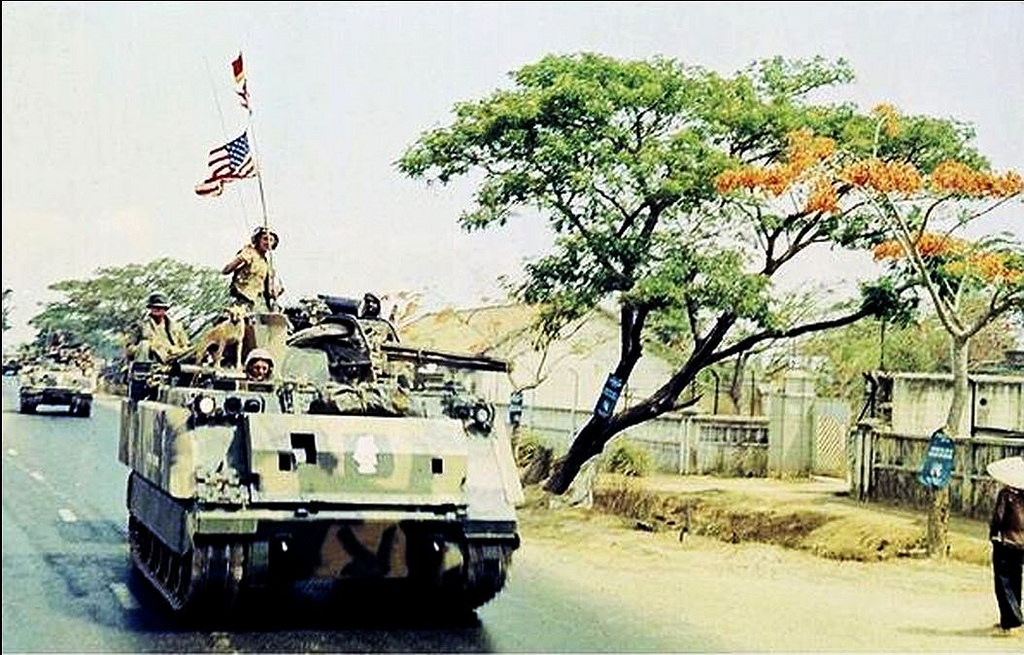 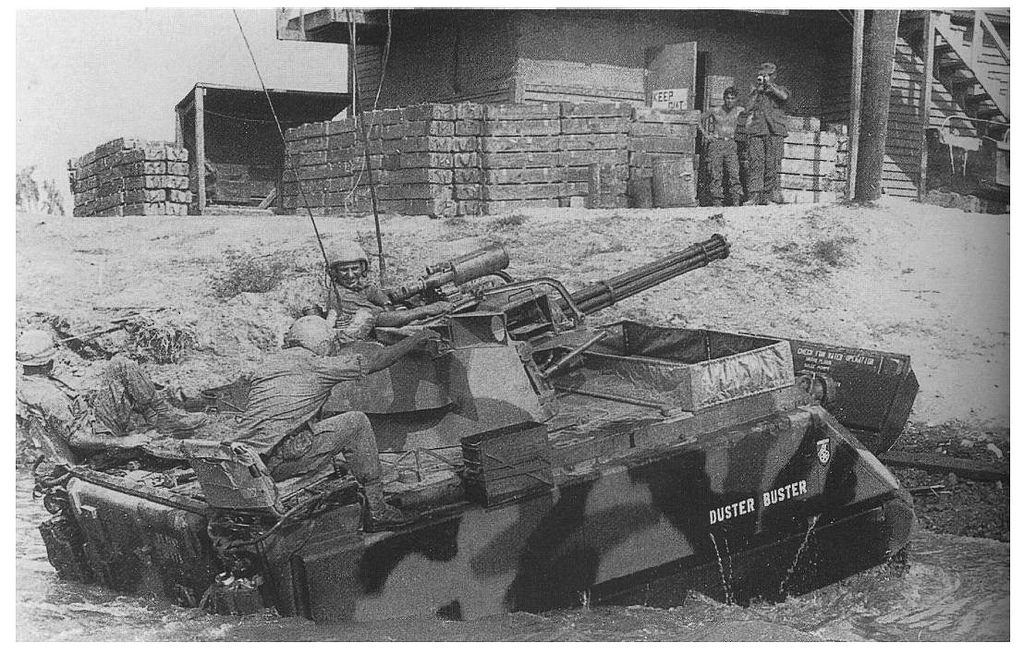 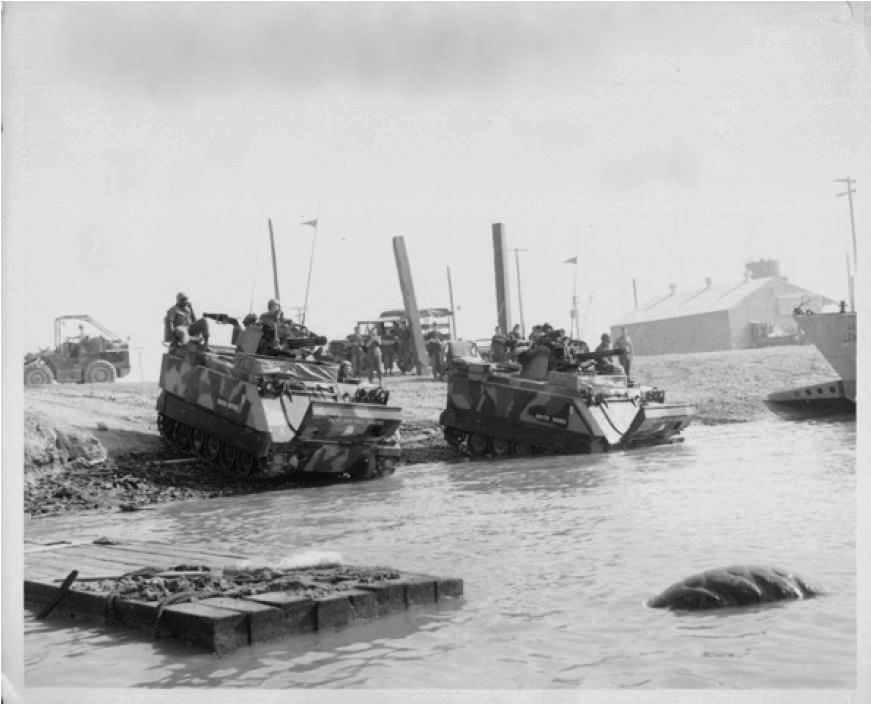 “Though the M163 Vulcan formally debuted in 1969, at least six examples were delivered to the Vietnam War (numbered along their sides as “1” through “6”) in 1968. These were delivered with non-functioning radar (dummy installations) for the tracking suite was not yet available. As such, the units were used more so for their ground support firepower and were physically aimed against the enemy or target area without (naturally) radar assistance.” 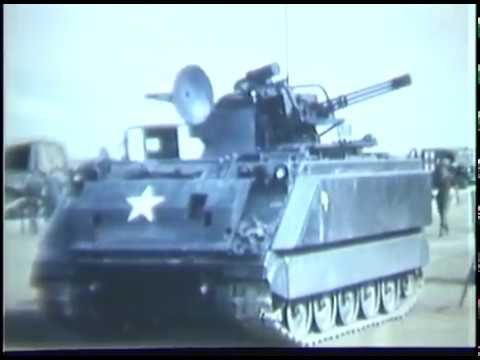 This may help a little, I recall a conversation many years ago with a Captain in a 163 equipped unit. He said they didn’t mount the radar in RVN because there were no aircraft to deal with, only ground targets. I can’t back that up with any photos or references, but I’d regard him as pretty reliable (was a Brigadier General last time we spoke). I’m sure someone with first hand knowledge will surface on this forum. Good luck with your build.

You da man Frenchy. The B&W photos clearly show 3 “colors.” Also seems there were seats added on the rear corners. Also shows clearly no radar or the mounts for it.

You’re welcome ! The extra seats come from a M151.

never saw one in I-Corp, but on the other side of the coin my brother inlaw did! It’d been down in the Rubber Plantations mixed in the 1st Infantry Div’s group. (he was with the 1/4 CAV for about six months out on the Thunder Road garden spot). I do know that at least one saw some combat down there. Way he talked they were a rare sight.

You might go to the “quarter Cav’s website”, or even the 1st Div. Things in the land of rubber are way out of my league! Just a totally different world
gary

Thanks, I’ll check it out.

That first picture has all the looks of down south to me. Larry told me that they used them for clearing jungle a lot. Guess they just mowed down trees like it was nothing
gary

Taffy supplied me with the seats and I made the frames but need to figure how they are attached to the deck. In the photo above it looks like the left seat sits pretty flush on the deck but the right hand seat looks to be somewhat raised. Any suggestions. I did check out the quarter Cav site but it seems that the links on the site are no longer working

On this one, the seat appears to be lashed to some of the hull top tie-downs… 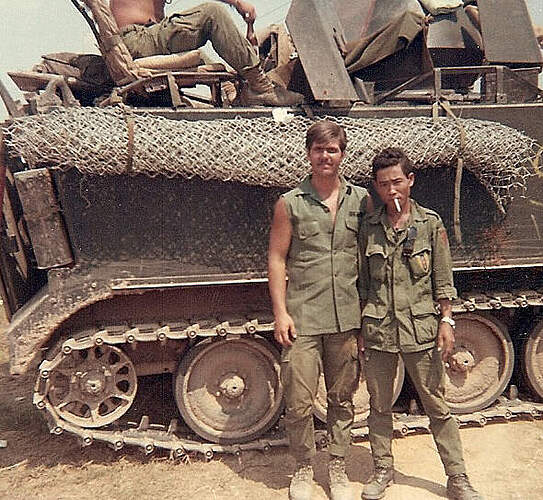 That would make it easy but the track I am modeling is the one you found above called Duster Buster. Those decals come with the kit.

If I were you, I would lashed the front of the seats to some tie-downs and the rear to the handles (?) welded above the rear lights

Thanks Frenchy. I may end up doing just that. Thanks for the suggestion.

Question for the group. In the 2nd photo that Frenchy posted(coming out of the water) is the camo soft or hard edge. I really can’t tell and there do not seem to be any other photos of this track that I can find. It looks like hard edge on the turret but on the side of the hull it looks like it could be soft edge. Thoughts and opinions most welcome. Thanks

Think its all soft edged but the shadows on the turret give the impression theyre hard edged paint.

Seats deffo look lashed as described above if you enlarge the image.

Thanks for the input. Waiting to see what others might think. I’m inclined to soft edge as well(makes painting easier).