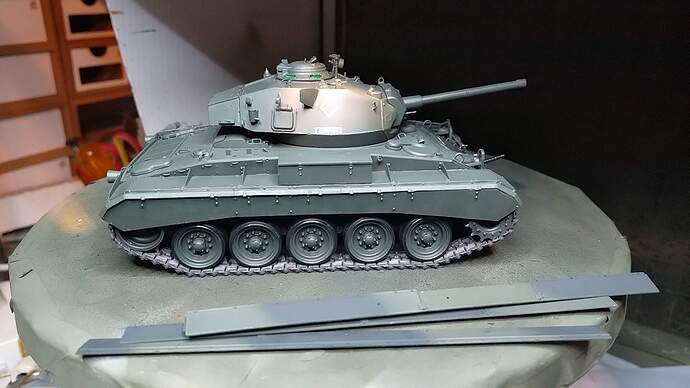 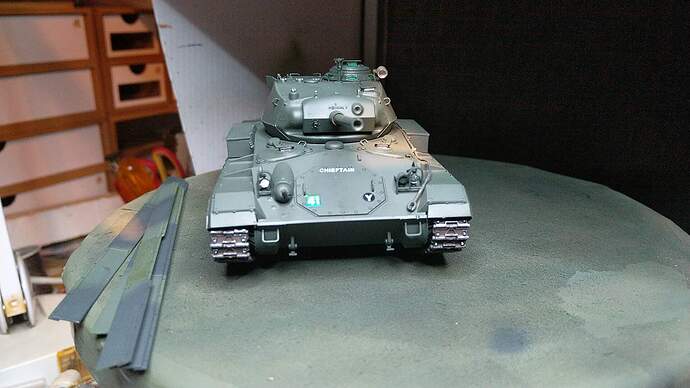 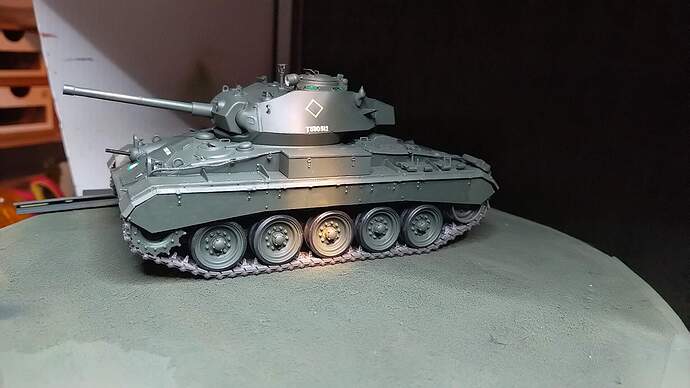 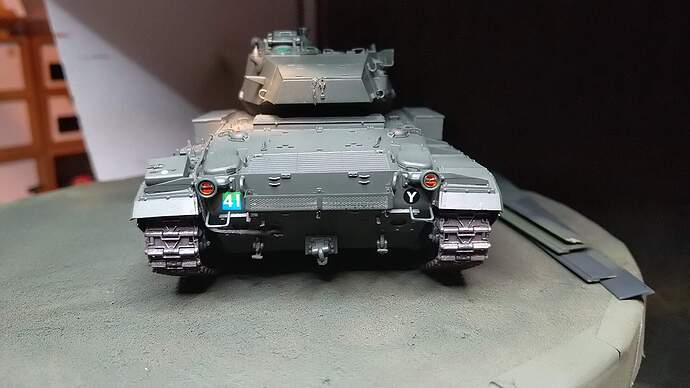 Put it on the bulldog page as well, computer told me could not to use the correct name.

The model has been published on the Bulldog page in the clubs section of Armourama, not been able to do the same here, hence gobble de gook, as the header box will not allow you the use the same name twice .

Forum implementation does not permit the same name being used for two seprate topics,
not even if they are in different forums (never noticed this but it seems plausible, whatever)

Re-posted here with a gobblydigook name.

What is the significance of the British Bulldog?

The Bulldog is now a national icon, symbolising British pluck, but where does this reputation come from? 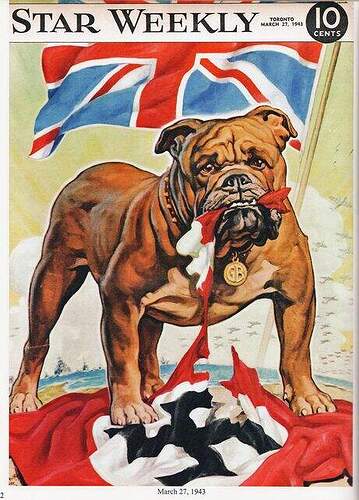 Thanks Robin, is there a way to post to both at the same time, still haven’t got to grips with site.

I did re-read it and it still didn’t make sense. Robin’s explanation does make sense though. I didn’t even know there was a British Bulldogs forum page.

If posting it here, personally, I think a better explanation/title should have been used. I was obviously not the only one confused. Maybe something like: “M24 Chafee for British Bulldogs Forum”

By the way, it looks pretty good overall, but your rear lights are off. Only the upper left oval should be red. The rest are dark slits as part of the blackout drive system. 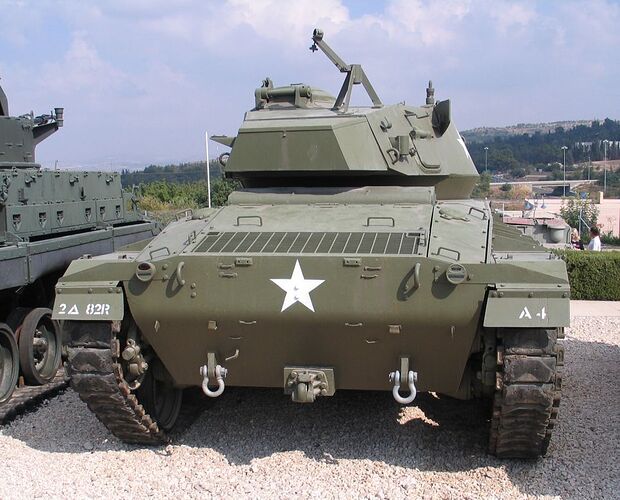 I would post a link to the other topic. I am not aware of any official way to do cross-posting but that does not mean that there isn’t one even if I doubt it …

Thanks Gino,for lights,
even using the same word (chaffee) in succession (two posts) in the title box stops it working. Hence what I put in title box.
I do suffer from word blindness so miss some sometimes.

I tried changing the title name and it worked fine for me. I can change it back if you want.

Probably because it’s not me.

As the system operates to protect what we do.!!.
Just had the updated title information as I was typing.
The system works , Gino, Robin… 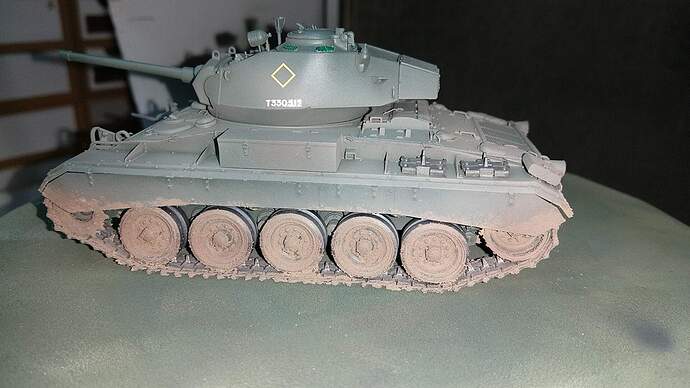 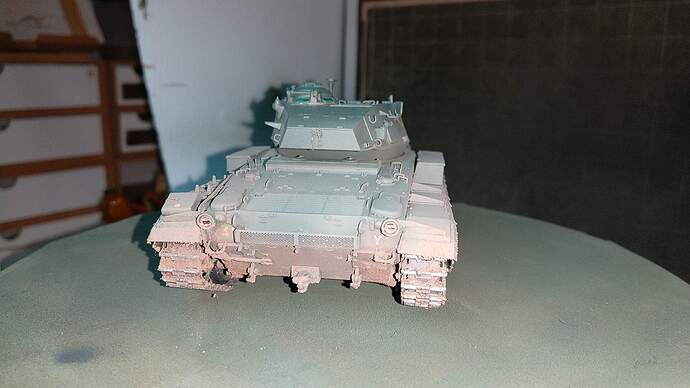 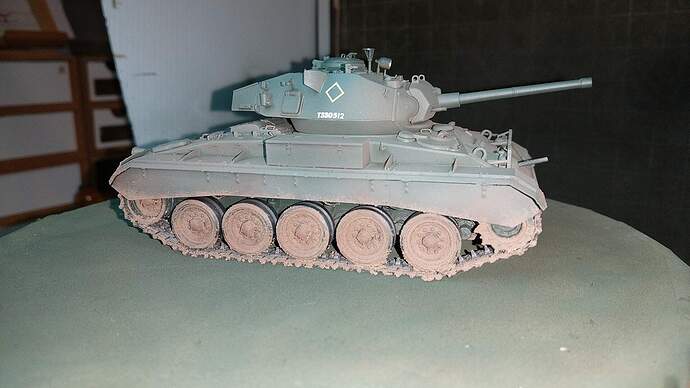 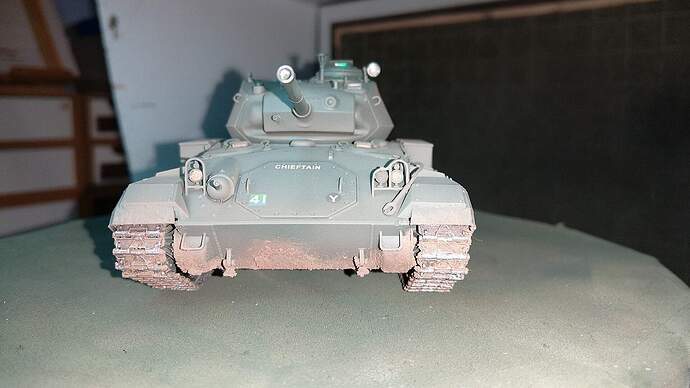 Frank - I wouldn’t worry too much about the weathering; looks pretty much spot on to me.

See the CR 2 below after only around 3 hours of driving on Salisbury Plain: 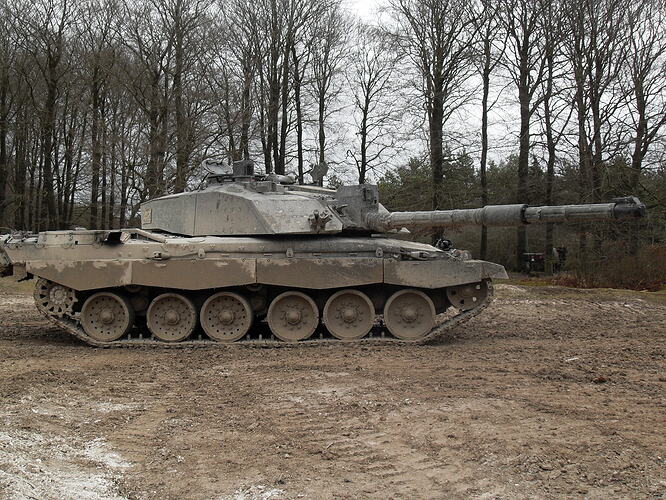 John, I’ve a set of pictures from that particular day; my son was crewing it (Driver); I noticed that none of the paintwork was showing, the black and green pattern was completely indistinct. I plan to complete a model of it some day - note complete - another half built kit on the pile of doom!

. … And if you do it as per the pic you will save on paint. You can go straight to MIG earth pigments and cover it !!!
Just noticed… My old Chally1 was C/S 42

Seriously, I think I’ll skip the olive green base coat and go straight to Dark Earth and Tamiya Buff!

None of which helps Frank with the thread - sorry Frank for the blatant hijack(!)

No problem, us grunts, are use to being tracked.
I was just seeing who would bite.
Nice to see the striker coming along,