I started to do an M50, VVSS with the Continental engine in the M4A4 hull, but after digging around through my spare parts and partial kits, decided I had enough to do two, so I did, the second one with the Cummins engine. Major parts come from Dragon and MP Models, with bits from just about every other company that does Sherman kits I didn’t have enough usable smoke grenade launchers, so I made up some empty brackets instead, something apparently pretty common on these tanks. 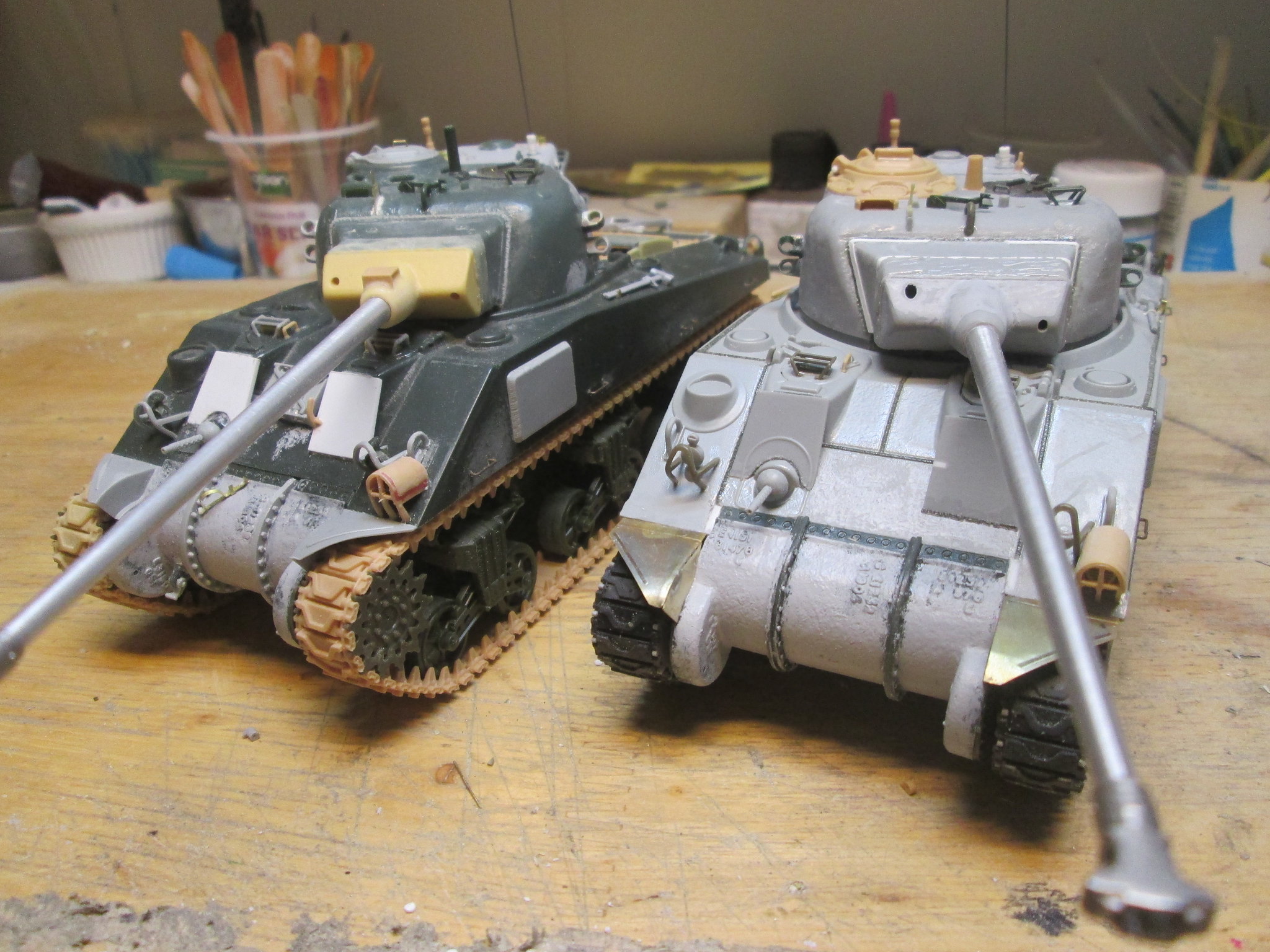 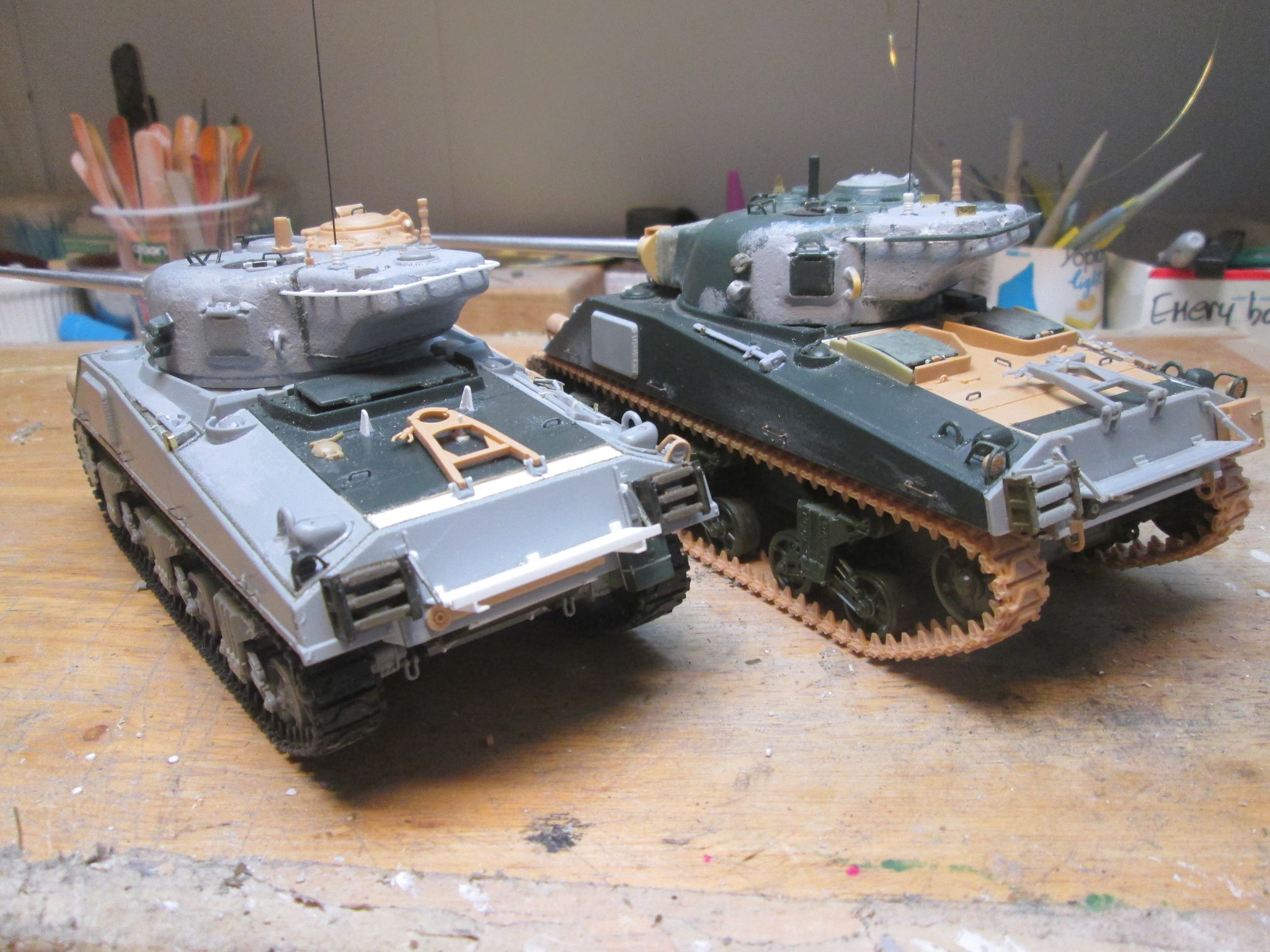 IMG_6845 by Russel Baer, on Flickr
I suppose I’ll add some basic crew gear, then it’s time for paint.

It’s almost warm enough to paint, so that’s next. By the time that happens, I’m going to have four or five ready for color… 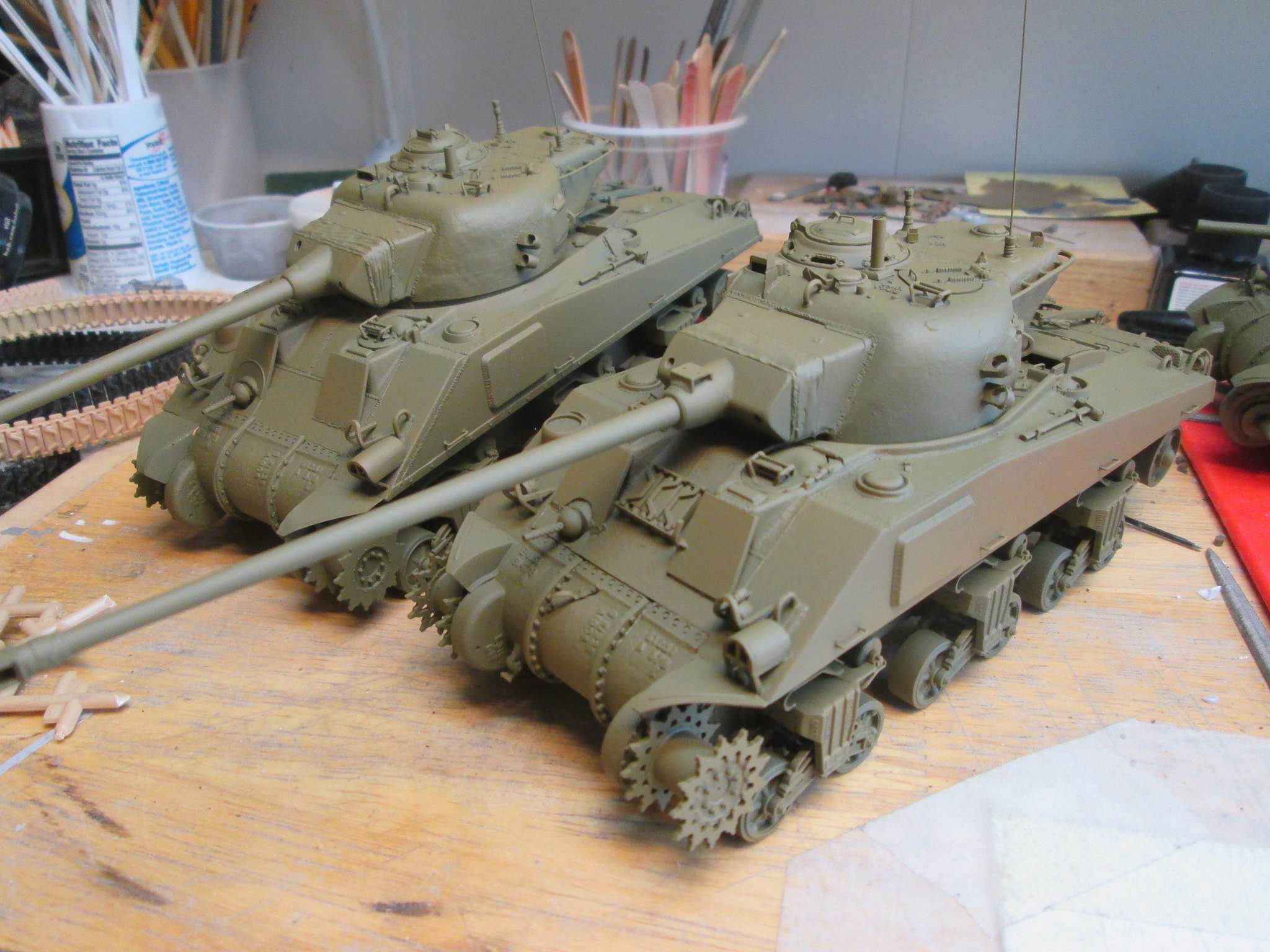 In between work and other stuff, markings finally on: 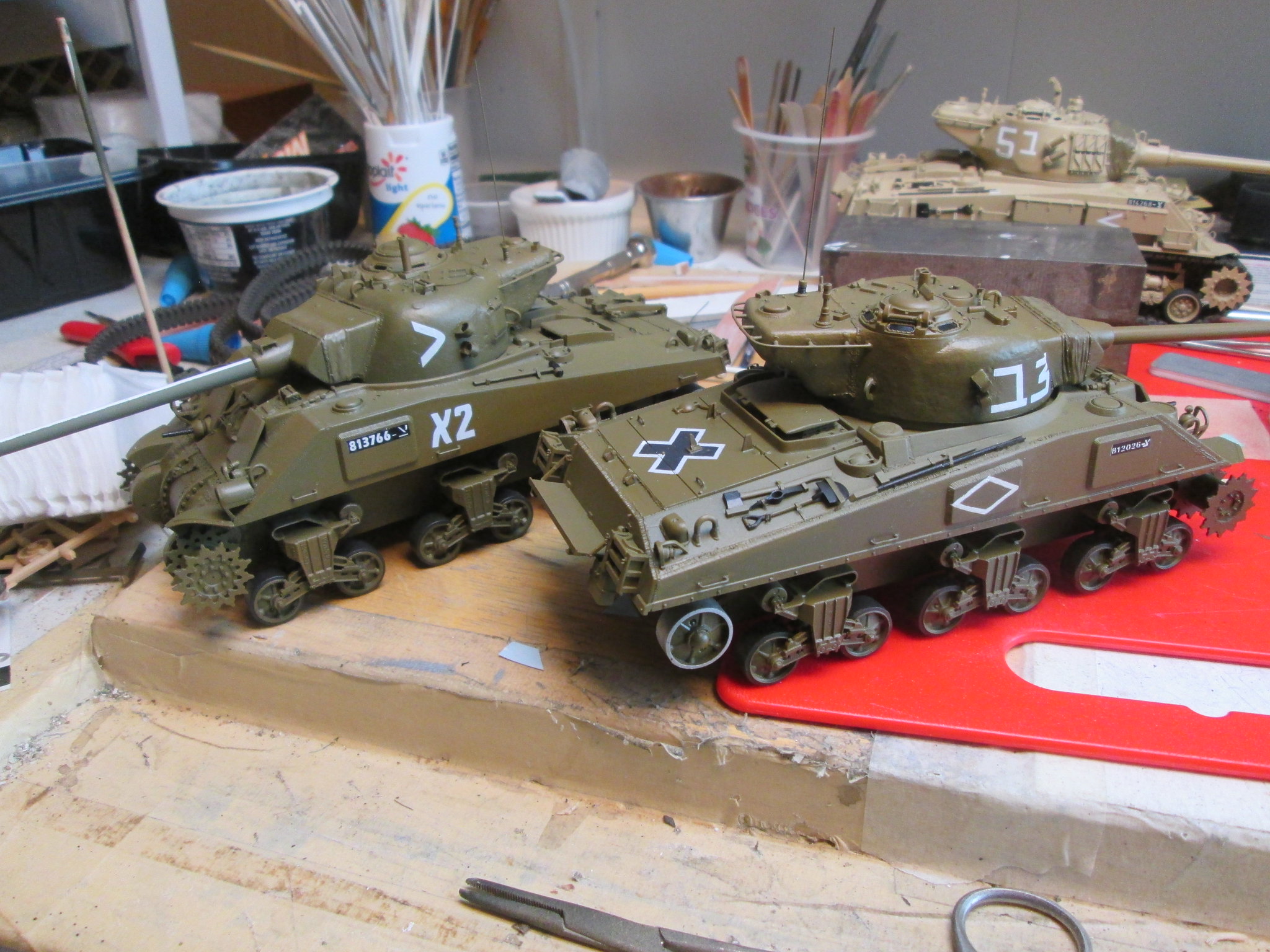 IMG_0197 by Russel Baer, on Flickr
I rooted through my IDF decals box and found enough to get really close to references, but I still ended up with the proverbial “different tank in that same unit”.

Just to prove I actually finished these, lol,

IMG_1905 by Russel Baer, on Flickr
I admit to rushing the weathering but I still enjoyed the builds.